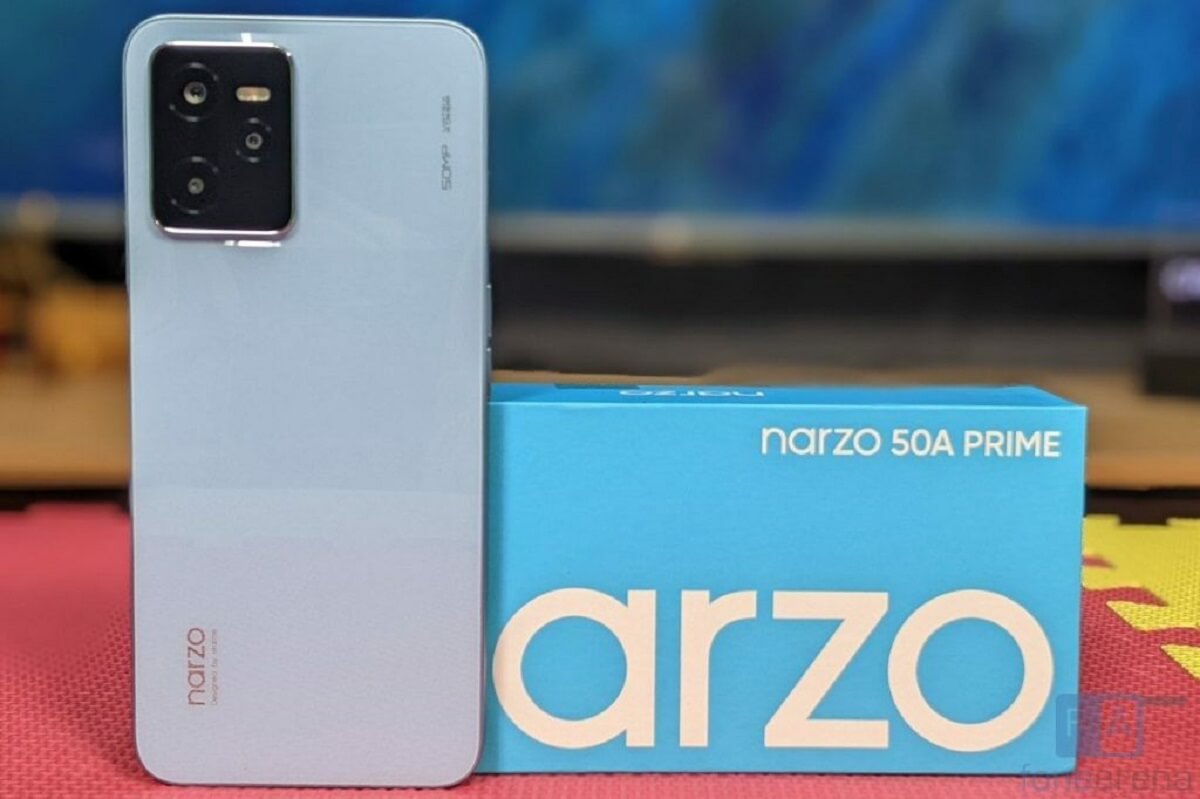 Realme has launched the new smartphone of its Narzo series Realme Narzo 50A Prime in India. Triple rear camera setup is available in this smartphone with octa-core Unisoc T612 processor. Madhav Sheth, CEO, Realme India said, “We are very excited to bring the new addition to the Realme Narzo series along with the Narzo 50A Prime for our valued customers in India. This new smartphone is another step in the direction of giving our users a holistic experience with enhanced technology.

The price of 4GB + 64GB storage model of Realme Narzo 50A Prime in India is Rs 11,499, while the price of 4GB + 128GB variant has been kept at Rs 12,499. This handset has been introduced in Flash Black and Flash Blue color options. Having said this, the smartphone will be available for purchase from April 28 through Amazon and online stores and retail stores.

The Realme Narzo 50A Prime flaunts a 6.6-inch full-HD+ LCD screen with a peak brightness of 600nits and a touch sampling rate of 180Hz. The phone is powered by a 12nm octa-core Unisoc T612 SoC processor and ARM Mali-G57 GPU, coupled with 4GB of LPDDR4x RAM and up to 128GB of inbuilt UFS 2.2 storage. It can be expanded up to 1TB via microSD card slot.

The Realme Narzo 50A Prime packs a triple rear camera setup, which includes a 50-megapixel primary sensor. The smartphone also has an 8-megapixel AI sensor for selfies and video calls. Apart from this, a side-mounted fingerprint sensor has also been given in the phone.

Realme Narzo 50A Prime offers up to 128GB of inbuilt UFS 2.2 storage that can be expanded via a dedicated microSD card (up to 1TB) slot. Connectivity options on the handset include 4G LTE, Wi-Fi, Bluetooth v5, GPS/ A-GPS, a 3.5mm audio jack, and a USB Type-C port. Sensors on the smartphone include a light sensor, a proximity sensor, an accelerometer, a gyroscope, and a side-mounted fingerprint sensor for biometric authentication. The smartphone packs a 5,000mAh battery with 18W charging support. It measures 164.4×75.6×8.1mm and weighs 192.5 grams.