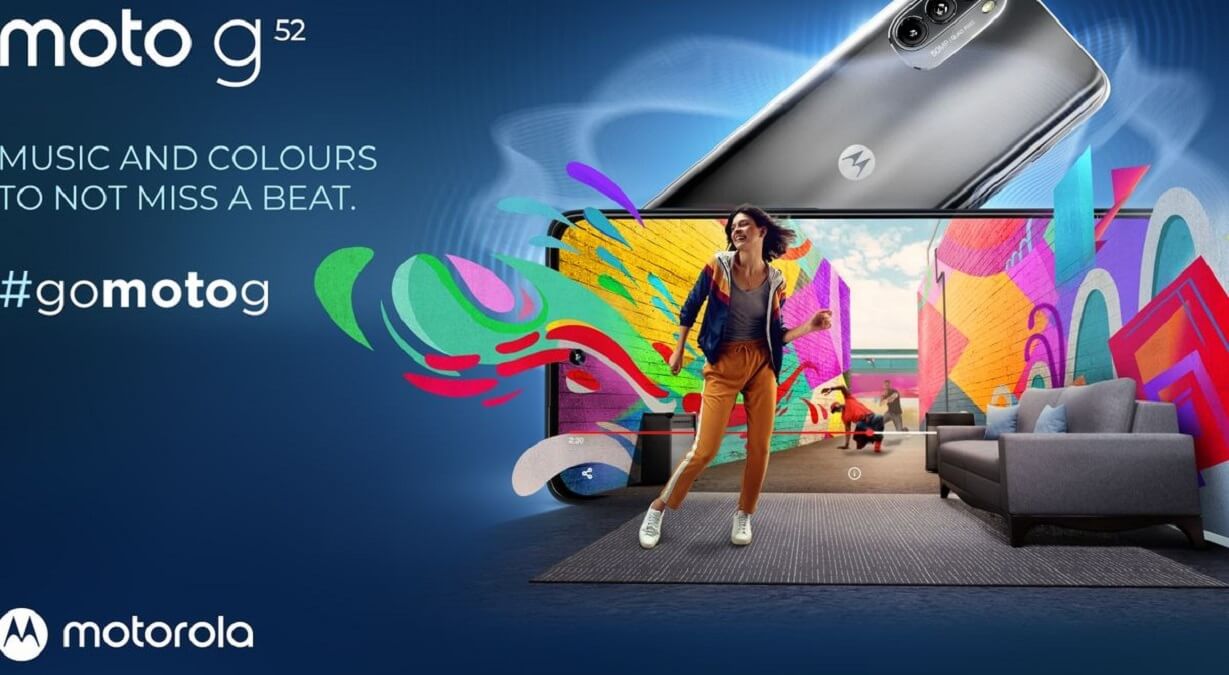 Motorola on Monday launched its new smartphone Moto G52 in India. This phone has been touted as a successor to the Moto G51 5G that was launched last year. This phone has a 90Hz poled display, triple rear camera setup and Qualcomm Snapdragon 680 processor. It is being said that this smartphone can compete with Redmi 10 Power, Oppo K10 and Realme 9i.

In India, the price of 4GB RAM + 64GB storage variant of Moto G52 has been kept at Rs 14,499, 6GB RAM + 128GB model at Rs 16,499. This is the introductory price of the smartphone, which means that there may be some changes in their prices. The Moto G52 has been introduced in Charcoal Gray and Porcelain White color options. This phone can be purchased from Flipkart and select retail stores from May 27 at 12 noon.

The launch offer on the Moto G52 includes an instant discount of Rs 1,000 for customers using HDFC credit cards. At the same time, Jio users also get benefits of Rs 2,549. Apart from this, the EMI option as well as the option to exchange the old phone will be given on Flipkart.

The Moto G52 sports a 6.6-inch full-HD+ OLED display with a 20:9 aspect ratio and a hole-punch design with 90Hz refresh rate, 360Hz touch sampling rate, DCI-P3 color gamut and DC dimming. It is powered by an octa-core Qualcomm Snapdragon 680 processor, coupled with Adreno 610 GPU, up to 6GB of LPDDR4X RAM, and up to 128GB of UFS-based MCP (uMCP) storage. It can be expanded up to 1TB via microSD card.

The Moto G52 gets a triple rear camera setup, which also includes a 50-megapixel primary sensor, an 8-megapixel ultra-wide shooter, and a 2-megapixel sensor. The Moto G52’s camera supports a host of features including Dual Capture, Smart Composition, Spot Colour, Live Moto, Pro Motion and Ultra-wide distortion correction. Apart from this, a 16-megapixel selfie camera is also available in the phone. The Moto G52 gets a 5,000mAh battery with 33W TurboPower fast charging support.

In terms of capturing selfies and enabling video chats, the Moto G52 comes with a 16-megapixel selfie camera sensor at the front, with an f/2.45 lens. The Moto G52 has up to 128GB of onboard UFS-based MCP (uMCP) storage that supports expansion via microSD card (up to 1TB).

The G52 smartphone from Motorola packs a 5,000mAh battery that supports 33W TurboPower fast charging (supported charger is bundled in the retail box). Besides, the G52 smartphone measures 160.98×74.46×7.99mm and weighs 169 grams.