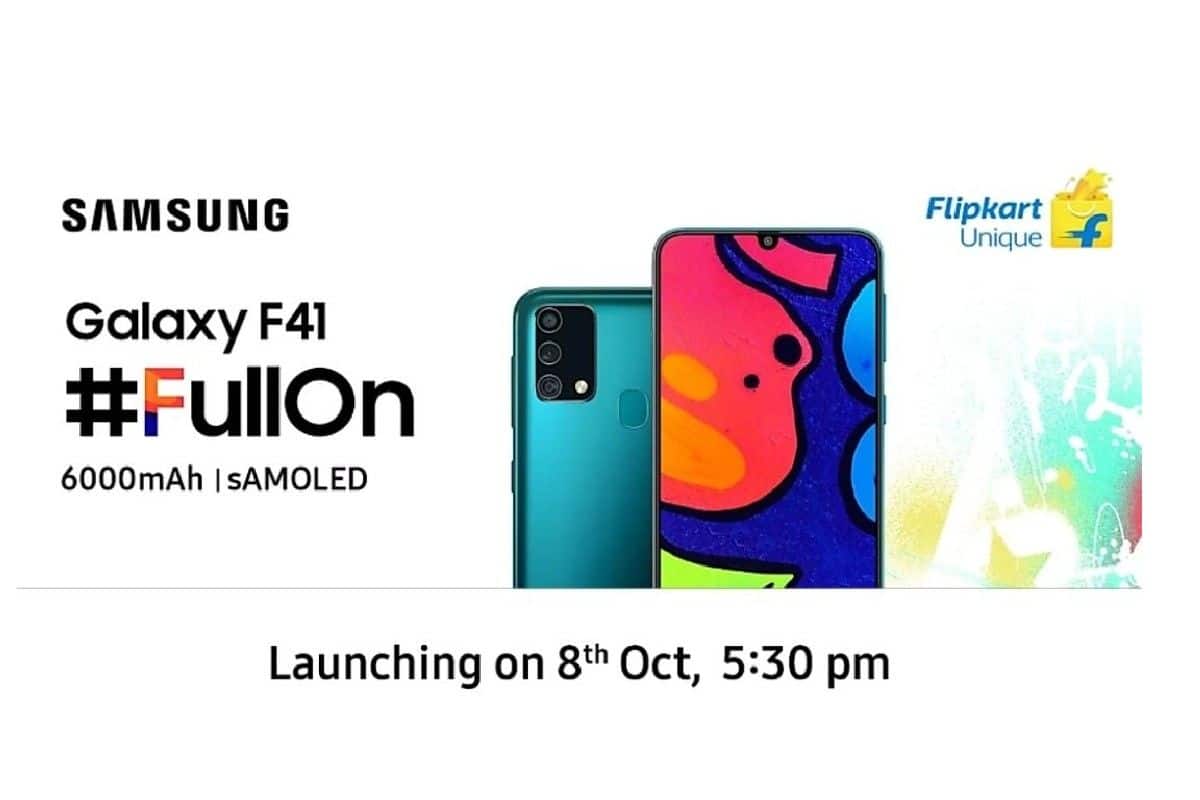 Galaxy F is fully loaded and celebrates the rising aspirations of the young shoppers in India. Galaxy F41, the first smartphone in the F series, makes its global debut in India in October 2020.

Samsung, India’s most trusted smartphone brand, today announced a partnership with Flipkart, India’s homegrown e-commerce platform, to address the growing demands of aspiring young consumers in the country. Galaxy F Series is built on Flipkart’s deep consumer understanding and Samsung’s innovation prowess, the collaboration between the two companies will bring consumer delight during the festive season and the much-awaited Big Billion Days.

The global first launch of the Galaxy F Series will serve the growing needs of a young audience for whom a smartphone has become an absolute necessity during this time, for their social and professional needs. Industry reports suggest that the number of smartphone users in India is estimated to reach over 760 million by 2021, and with majority of Indians using their smartphones for either work or education purposes for at least 6 hours a day, a high-performance smartphone is no longer an aspiration, but a necessity.

Speaking about the partnership with Samsung, Kalyan Krishnamurthy, CEO, Flipkart Group, said, “As a homegrown company, we take pride in truly understanding the pulse of Indian consumers and working collaboratively with brands to bring value products. Our strategic partnership with Samsung reinforces our commitment to make the latest in technology accessible to over 250 million customers across Bharat, during a time when smartphones are bringing immense value to people’s lives.”

Flipkart has many affordability constructs designed to help millions of consumers get access to the latest smartphone offerings and this includes offerings like Buy Now Pay Later, no-cost EMIs, Product Exchange and cardless credit, which allows consumers to purchase or upgrade their phones with ease.

Galaxy F Series is crafted for a generation that lives a colorful life without limits and compromises. It unlocks the fun of exploring, expressing and indulging without limits for the young Indian shoppers.

Google Pixel 5 Price and Specification Leaked Ahead of Launch