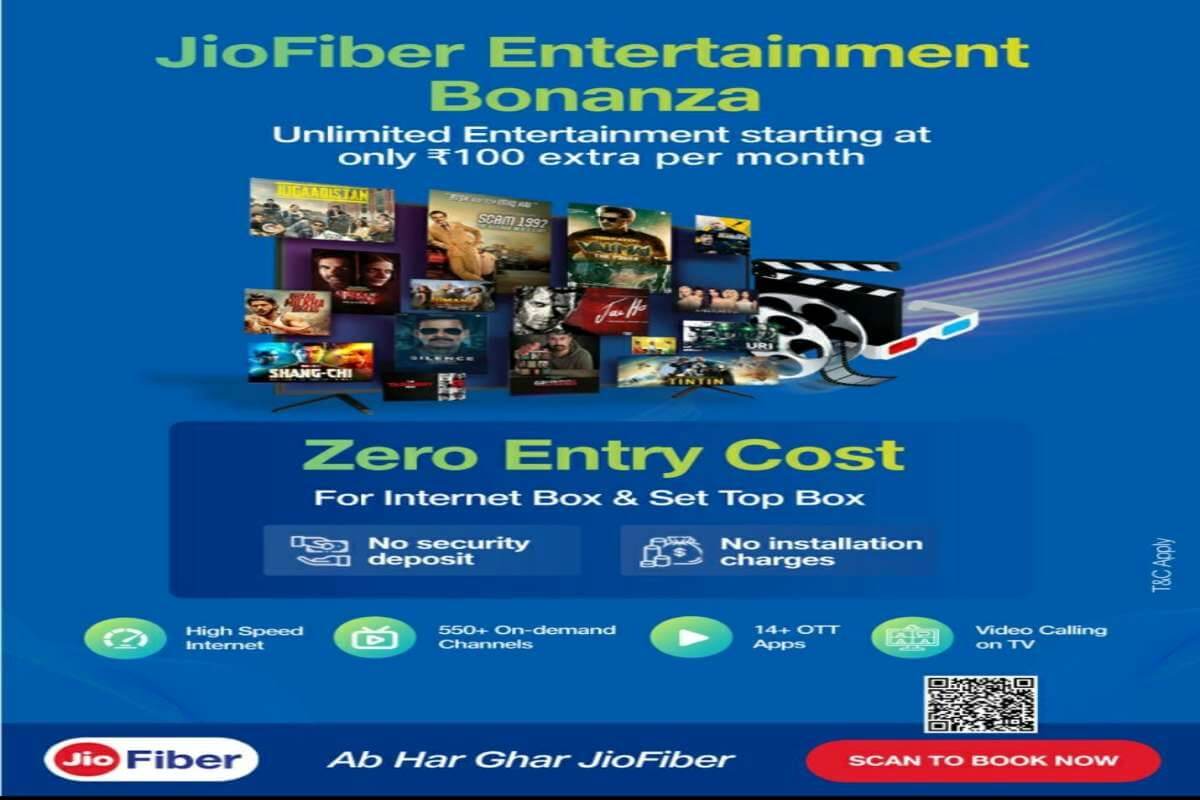 Reliance has launched an entertainment bonanza plan for JioFiber postpaid users. Users will be able to enjoy this Bonanza plan from 22 April 2022.

Reliance Jio has launched the Entertainment Bonanza plan. This plan will be for JioFiber postpaid customers. Which Jio customers will be able to enjoy from April 22. Having said this, JioFiber’s plans for Rs 399 and Rs 699 were already present in basic internet plans, in which speeds of 30 and 100 Mbps were available. But now Reliance Jio has announced to give extra dose of entertainment with these plans. Both new and existing customers can take advantage of these new plans.

There are 14 apps included in the Entertainment Plus plan of Rs 200. This includes Disney+ Hotstar, Zee5, Sonyliv, Voot, Sunnxt, Discovery+, Hoichoi, Altbalaji, Eros Now, Lionsgate, ShemarooMe, Universal+, Voot Kids, JioCinema. JioFiber can be connected to the devices at the same time, so customers can watch the entertaining programs of these apps on both mobile and TV.

Under the entertainment bonanza, the company has reduced the entry cost to zero for its new postpaid users. That is, users will get free facilities worth about 10 thousand rupees, which include Internet Box (Gateway Router), Set Top Box and Installation Charge. But for this, the customer will have to take a plan for JioFiber postpaid connection.

Unlimited entertainment now starting at only Rs 100 extra – Users will continue to access unlimited high-speed internet starting at Rs 399/month. Additionally, by paying just Rs 100 or 200 extra per month, they can now access contents of their choice through a collection of up to 14 OTT apps.