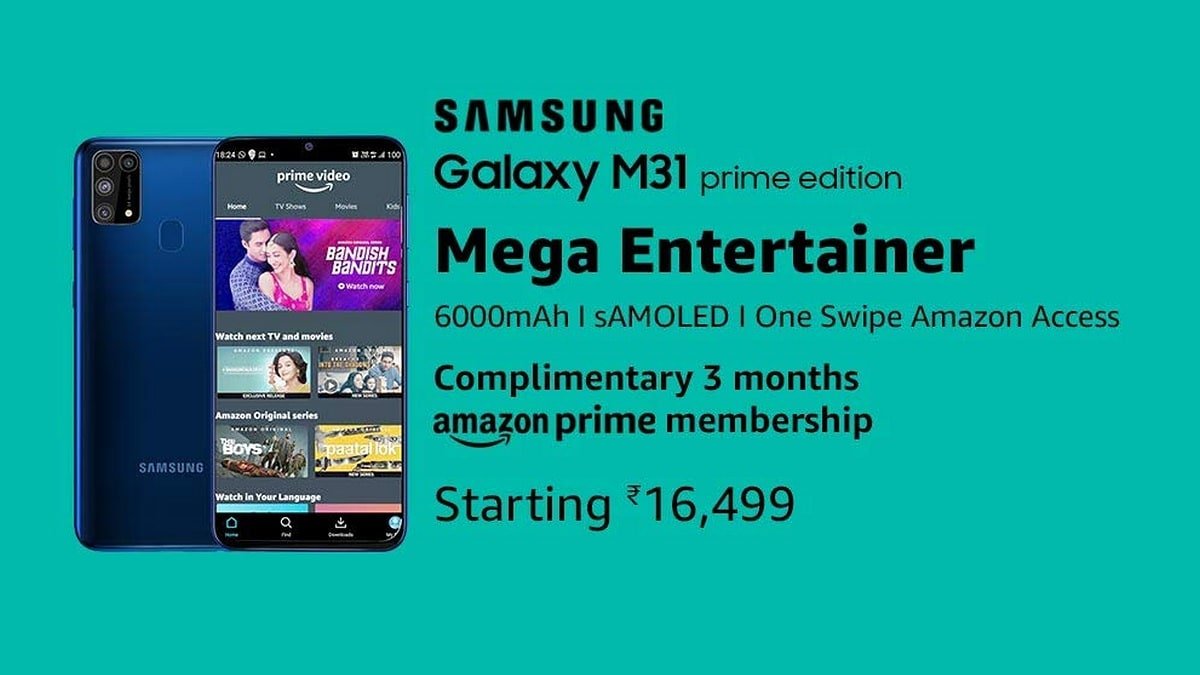 So far, many leaks and revelations regarding the Samsung Galaxy M31 Prime Edition have been revealed. This smartphone will get many special features such as a 6000mAh power battery and 64MP quad rear camera setup.

Samsung is planning to launch its new smartphone Galaxy M31 Prime Edition in India and many teasers have been revealed about it. This smartphone has been listed on the e-commerce site Amazon and it is clear that it will be made available exclusively for sale on Amazon. However, the company has not yet revealed the launch date of Samsung Galaxy M31 Prime Edition. But its price has come out.

In such a situation, it is expected that this smartphone can be launched only on October 17. According to the information given on Amazon, this smartphone will be available in the Ocean Blue Color variant. Apart from this, users will also get a three-month Amazon Prime membership with the phone.

Samsung Galaxy M31 Prime Edition will have an sAMOLED display but its screen size has not been revealed. This smartphone will have a waterdrop notch display for selfie. It will be offered on a 2.3GHz Exynos 9611 chipset. It has 6GB RAM and 128GB internal storage. Along with this, a microSD card slot has been given for expandable storage.

The Samsung Galaxy M31 Prime Edition will feature a quad rear camera setup for photography. It has a 64MP primary sensor. While 8MP wide-angle lens, 5MP macro lens, and 5MP depth sensor have been given. While it has a 32MP front camera for video calling and selfie. In which users have been given features such as slow-motion, 4K video recording, and AR Doodle. For power backup, it will have a 6,000mAh battery with 15W fast charging support. Apart from this, features like the rear-mounted fingerprint sensor and face unlock have been provided on the phone.