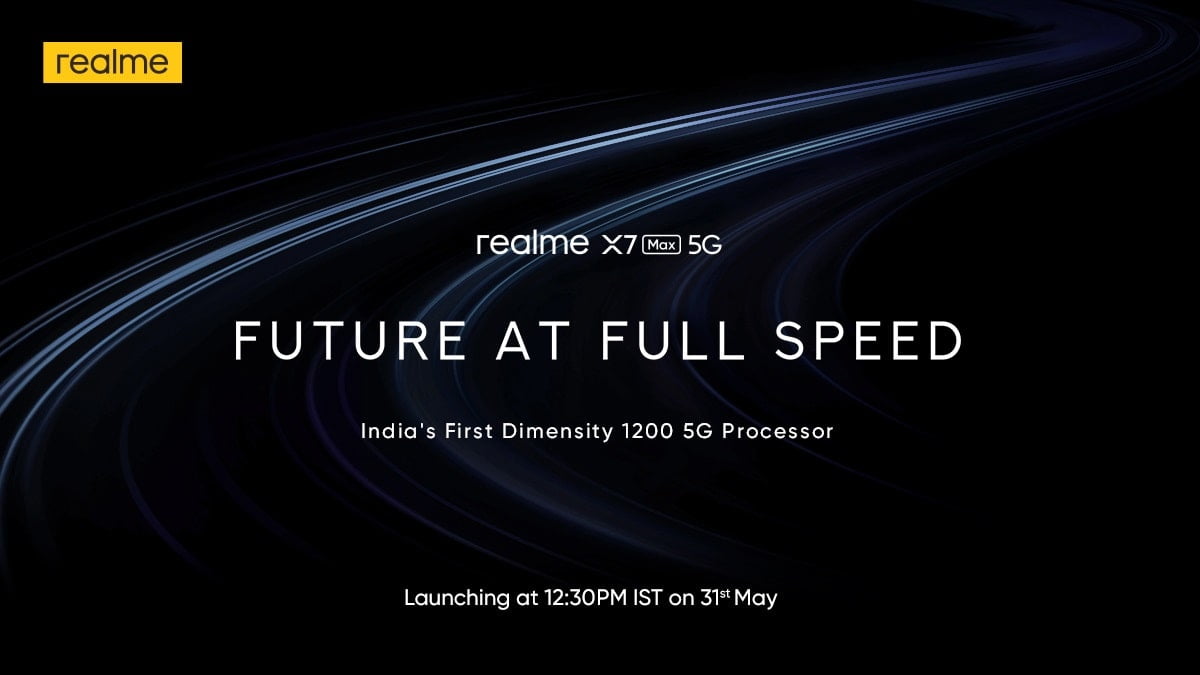 Realme X7 Max 5G smartphone will be launched on May 31. In addition, Realme’s two Smart TVs will also be launched in India on the same day. This smart TV will come in 50-inch and 43-inch screen sizes.

The official microsite has been updated to show more specifications for the Realme X7 Max 5G. It will feature a Super AMOLED display with 100 percent DCI-P3 colour space, full-HD+ resolution, up to 1,000 nits of peak brightness, and an 8,000,000:1 contrast ratio. Realme X7 Max 5G will come with a 120Hz refresh rate and a 360Hz touch sampling rate. It will support 50W SuperDart fast charging, weigh 179 grams, and have a thickness of 8.4mm. A 3.5mm headphone jack can be seen as well.

In terms of optics, the phone will come with a triple rear camera setup that includes a 64-megapixel primary sensor, an 8-megapixel sensor with an ultra-wide-angle lens, and a 2-megapixel macro shooter. At the front, the Realme X7 Max 5G will have a hole-punch cutout for the selfie camera. The website shows three colours: Black, Grey, and Pink.

Both Realme’s upcoming smart TVs have support for 4K Cinematic Experience with Dolby Vision and Dolby Atmos. Meaning both Realme’s smart TVs will get great visuals and audio support. Voice assistant will be supported in smart TV. Let us know that Smart TV was introduced by Realme in 43 inch and 32 inch screen sizes. Also in the year 2020, Realme Samrt TV SLED 4K was launched.

How to switch to Vodafone Idea network from another mobile network: MNP Process