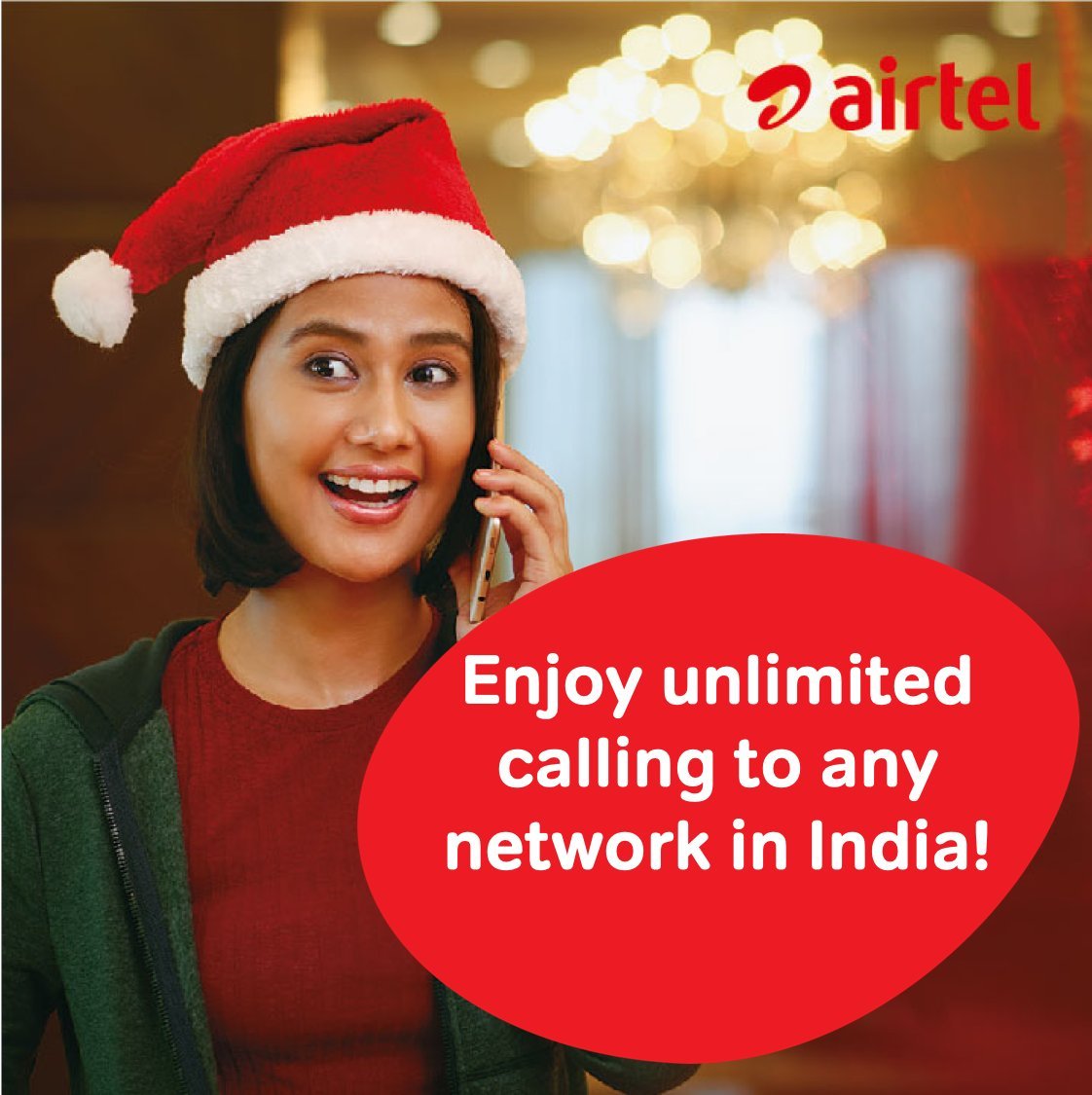 Bharti Airtel is now offering unlimited calling to other networks and this can be available from the unlimited plans which are available in the market from December 7, 2019. Airtel has announced that it’s removing the limited FUP voice calling for other networks.

The company had recently announced the new tariff plan which was having a FUP for airtel to other network callings, Such as the Rs 199 prepaid plan from Airtel comes with 1,000 non-Airtel off-net calling minutes for the validity period of 28 days and after completion of the FUP minutes, customers would be charged at Rs 0.06 paise per minute. Now, Airtel, as well as Vodafone Idea, have rolled back the FUP policy which would have seen users pay Rs 0.06 for calls made to numbers outside the Airtel network after the free bundled minutes ran out. 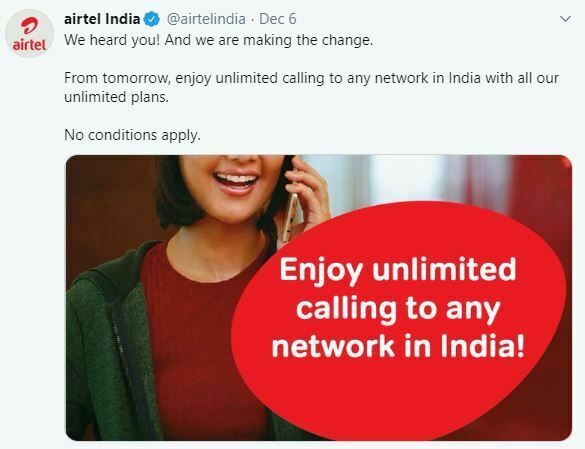 Now, Airtel officially said that they are removing the FUP limit from its unlimited prepaid plans. “We heard you! And we are making the change. From tomorrow (December 7, 2019), enjoy unlimited calling to any network in India with all our unlimited plans. No conditions apply,” tweeted Airtel India and Vodafone Idea.

Now, all voice calls, be it local, STD or national roaming, continue to be free and unlimited. The new ‘Truly Unlimited’ packs start at Rs 149 and are available in multiple validity options—28 days, 56 days, 84 days and 365 days. The entry price of Rs 149 plan that is valid for 28-days and bundled with unlimited calls, 2GB data in total for the entire validity period and subscriptions to Airtel XStream and Airtel Wynk Music streaming platforms. Then there is the Rs 219 plan which offers 1GB data per day and unlimited voice calls.

Airtel’s new plans, represent tariff increases in the range of a mere 50 paise/day to Rs. 2.85/day and offer generous data and calling benefits. In addition, Airtel provides exclusive benefits as part of the Airtel Thanks platform, which enables access to premium content from Airtel Xstream (10,000 movies, exclusive shows, and 400 TV channels), Wynk Music, device protection, anti-virus protection and much more.

The Supreme Court on October 24, sustained the description of Adjusted Gross Revenue (AGR) initiated by the Department of Telecommunications (DoT), putting an end to a 14-year old legal battle between telecom operators and the Government.

This comes as a major upset for telecom operators as they will have to pay out a massive ₹92,000 crores of past dues at a time when they are already dealing with debt pressure and reduction in revenues. Telecom operators have asked for a minimum of six months to pay their AGR dues. The apex court said it will consider their request.

The government is currently not considering any proposal on waiver of penalties and interest on outstanding license fee based on adjusted gross revenue, or on extending the timelines for telecom companies to pay up their statutory dues.