Reliance Jio Subscriber Base Reduced by 93 Lakh in Jan’22: TRAI 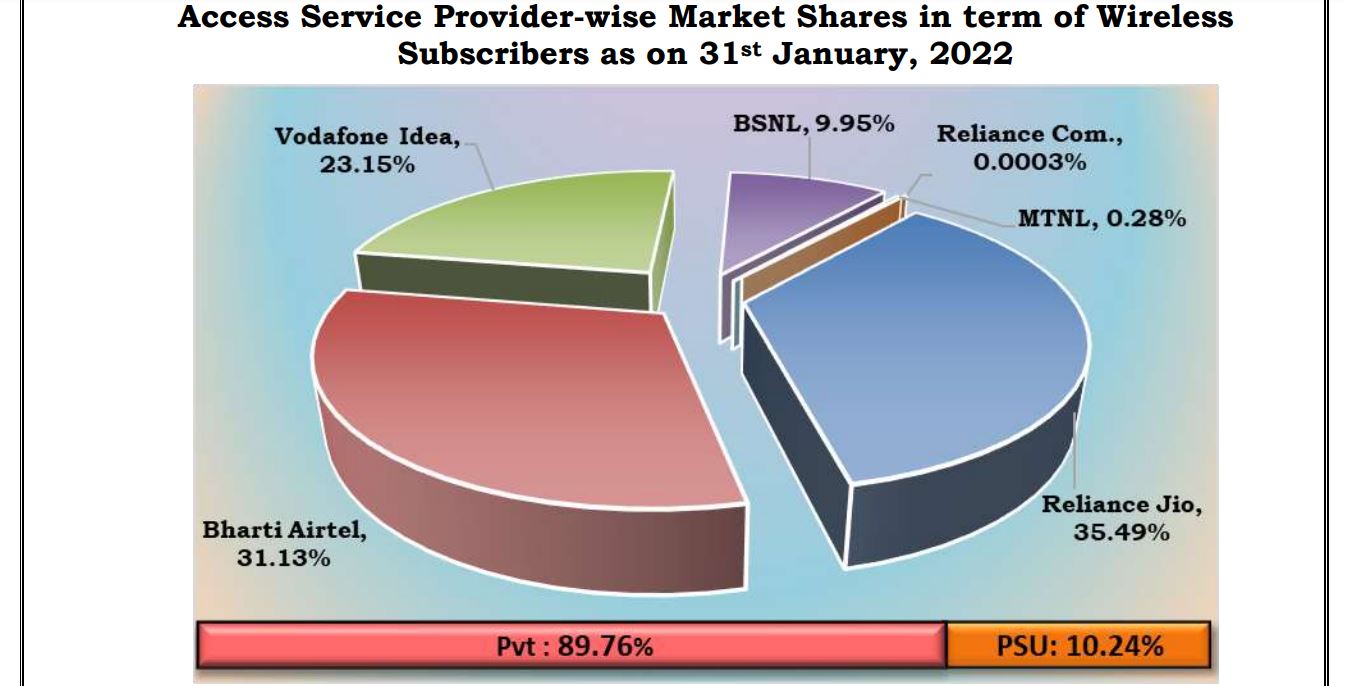 According to Telecom Regulatory Authority of India (TRAI) the number of users using telecom service has come down to 1169 million in January 2022. Whereas in December 2021 this figure was 117.8 crores. According to the data of Telecom Regulatory Authority of India i.e. TRAI, there has been a decline in the number of users of Reliance Jio by 93.22 lakh in January 2022 as compared to December 2021. This is the second consecutive month that the number of Jio has registered a decline.

Barring Mumbai, Maharashtra and Jammu and Kashmir, the number of Reliance Jio subscribers has declined in all telecom circles across the country. On the other hand, the number of users of Bharti Airtel has increased by 7.1 lakh in January. Having said this, the share of mobile wireless subscribers in India’s total telecom subscriber base is around 98 percent.