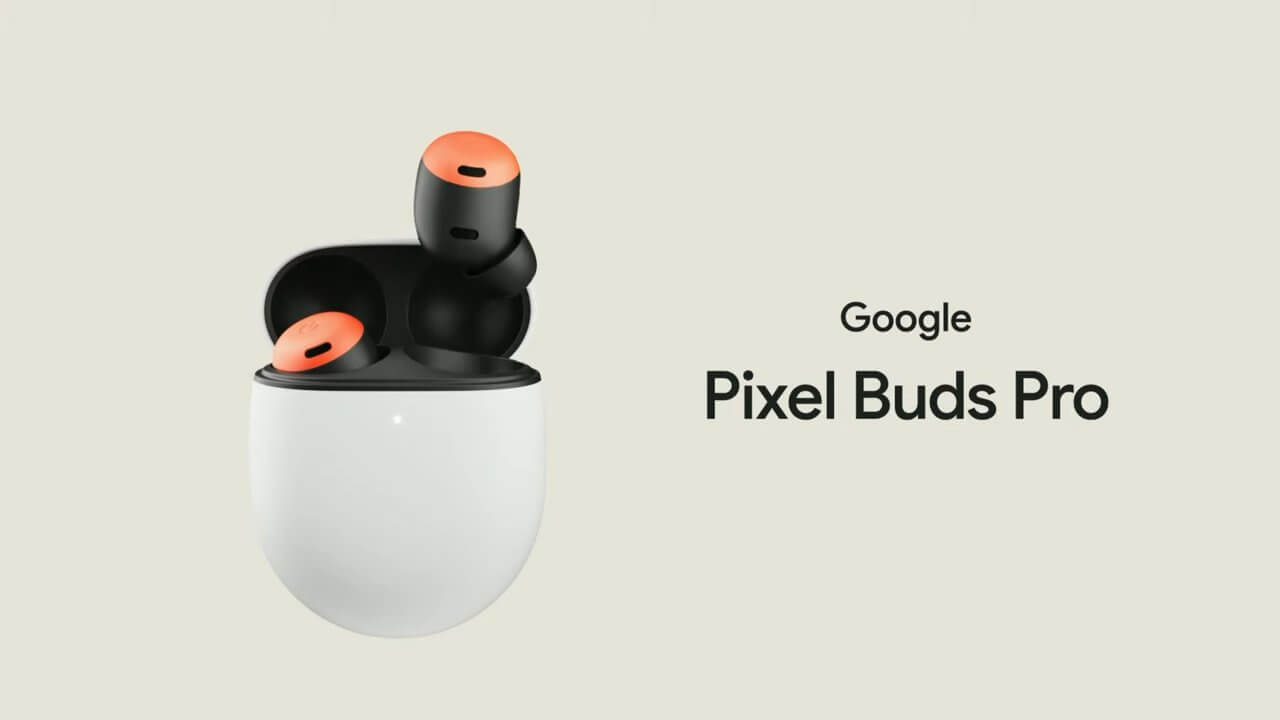 Google has launched its new wireless earbuds Pixel Buds Pro under the Google I/O 2022 event. The price of these earbuds has been kept at $ 199 (about Rs 15,400). Pixel Buds Pro will be available for pre-order from July 21.

Google has introduced the Pixel Buds Pro as its latest true wireless stereo (TWS) earbuds at the annual event, which is said to compete with Apple’s AirPods Pro and Samsung’s Galaxy Buds Pro. Will do The price of Google Pixel Buds Pro is $199 (approximately Rs 15,400). These earbuds come in four color options – Charcoal, Coral, Fog and Lemongrass. Pixel Buds Pro will go on pre-order in the US starting July 21. Let us tell you that no information related to the launch of Pixel Buds Pro in India has been revealed yet.

Google Pixel Buds Pro comes with Active Noise Cancellation (ANC) which uses a new silent seal technology. This is claimed to help compensate for audio leakage and maximize the amount of noise cancellation. This feature makes the new earbuds more of an upgrade than the existing Pixel Buds and Pixel Buds A-series as both do not have ANC support. Pixel Buds Pro also includes a transparency mode, which helps users to hear ambient sound.

Google has promised that it will update the Buds Pro with spatial audio support later this year to compete with Apple’s AirPods Pro. These earbuds come with a custom audio chip, which gives it up to 11 hours of listening time. Like the current Pixel Buds and other Pixel devices, the Pixel Buds Pro comes with a hands-free Google Assistant experience.

Google has bundled the Buds Pro earbuds with a charging case, which features USB Type-C for wired charging as well as Qi wireless charging. It also includes support for multipoint connectivity so that users can pack them on “compatible phones, tablets, tablets, or phones.” laptop and TV” and switch between audio streams on the go. Users will also be able to locate their Pixel Buds Pro using Find My Device in case they lose the earbuds. In terms of connectivity, the Pixel Buds Pro has Bluetooth v5.0. The earbuds can be paired with any Bluetooth v4.0+ device, including Android and iOS devices, as well as tablets and laptops.

In addition to this, the earbuds also come with support for multipoint connectivity, which enables Buds Pro to automatically switch between previously paired Bluetooth devices — including compatible laptops, tablets, TVs, and Android and iOS phones.