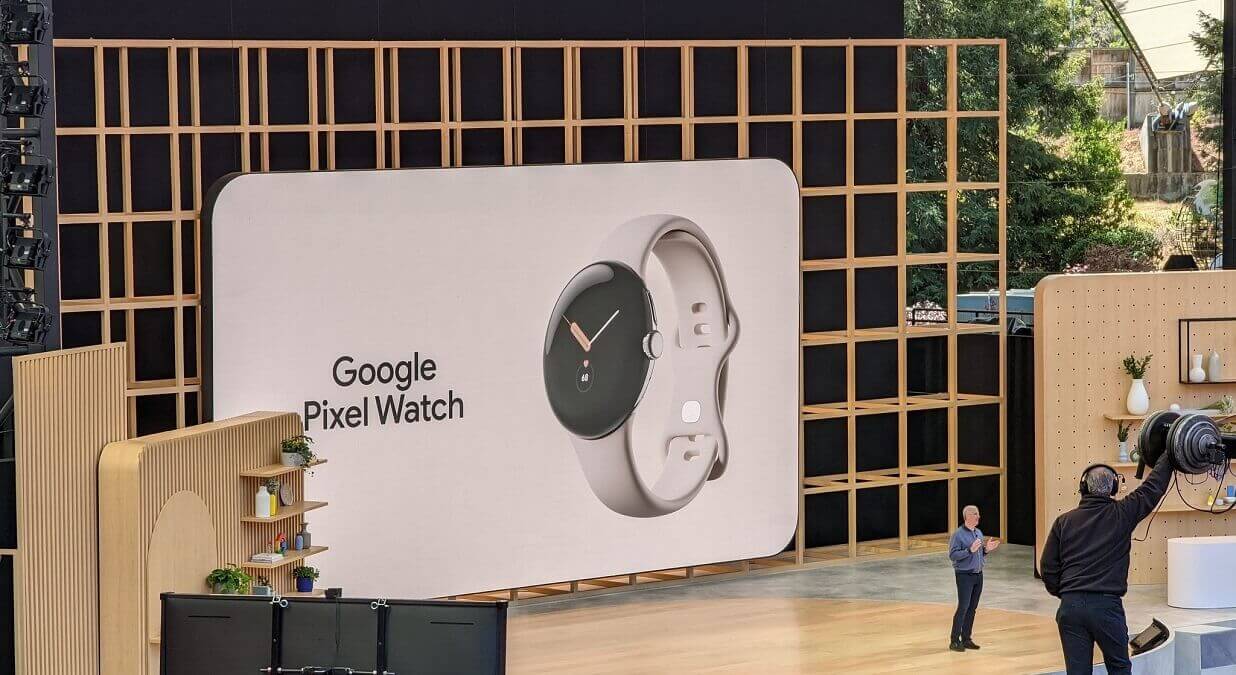 Google has introduced Google Pixel Watch in its annual event. It will be made available at the end of the year. The Pixel Watch also works with the Find My Device app to help users locate their lost device.

Google introduced Google Pixel Watch as the company’s first smartwatch at its event held in California on Wednesday. This smartwatch from Google comes in a circular domed design, with a rectangular display and rounded edges. The Pixel Watch has a slew of fitness tracking features.

The price of Google Pixel Watch is yet to be revealed. It is reported that this smartwatch will be available for purchase at the end of the year. No information has been revealed about the launch of Pixel Watch in India yet.

Google Pixel Watch works on the latest Wear OS. It gets a circular display with minimal bezels and a curved glass protection. It gets the Tactile Crown similar to the Digital Crown of Apple Watch. Stainless steel build is also given in this smartwatch. The Pixel Watch also comes with a customizable, swappable wrist band.

Google said the Pixel Watch runs on the improved WearOS UI, which is paired with excellent fluid navigation and smart notifications. The Pixel Watch has also been integrated with Google offerings, including Google Assistant, Google Maps, and Google Wallet, to deliver a better experience. Google has designed the Pixel Watch to act as a remote for compatible smart home devices using the Home app for Wear OS. This lets you adjust your thermostat or turn the lights on or off directly from your wrist.

Google has also integrated Fitbit into the Pixel Watch to deliver a better health and fitness experience. Google said that with the watch continuously tracking heart rate and sleep, users can also view their active zone minutes while working out, track their data and achieve various fitness goals. Notably, the Pixel Watch also works with the Find My Device app to help users locate their lost Pixel phones, earbuds or any other supported device on the Maps available on their watch.

The Fitbit integration is the most significant collaboration between the two companies we’ve seen since Google bought Fitbit for $2.1 billion. (Technically, adding Google Assistant to the Fitbit Versa 3 and Sense was the first.) According to Rick Osterloh, Google’s senior vice president of devices and services, this Fitbit integration will go beyond customizing watch faces and be “imbued throughout” the Pixel Watch experience. Users will be able to sync their data with a Fitbit account, meaning they’ll be able to view it within the Fitbit app and on the web. The watch will use all of Fitbit’s latest algorithms for health and fitness.

As for data privacy, Osterloh said in a briefing that Fitbit and Google data will stay private and separate due to promises it made to regulators during the Fitbit acquisition, meaning that any health data collected on the Pixel Watch will remain under Fitbit’s purview, separate from Google. Osterloh also added that while the Fitbit team was deeply involved with the Pixel Watch, Fitbit still has plans for its own Wear OS watch and will continue making its own products.