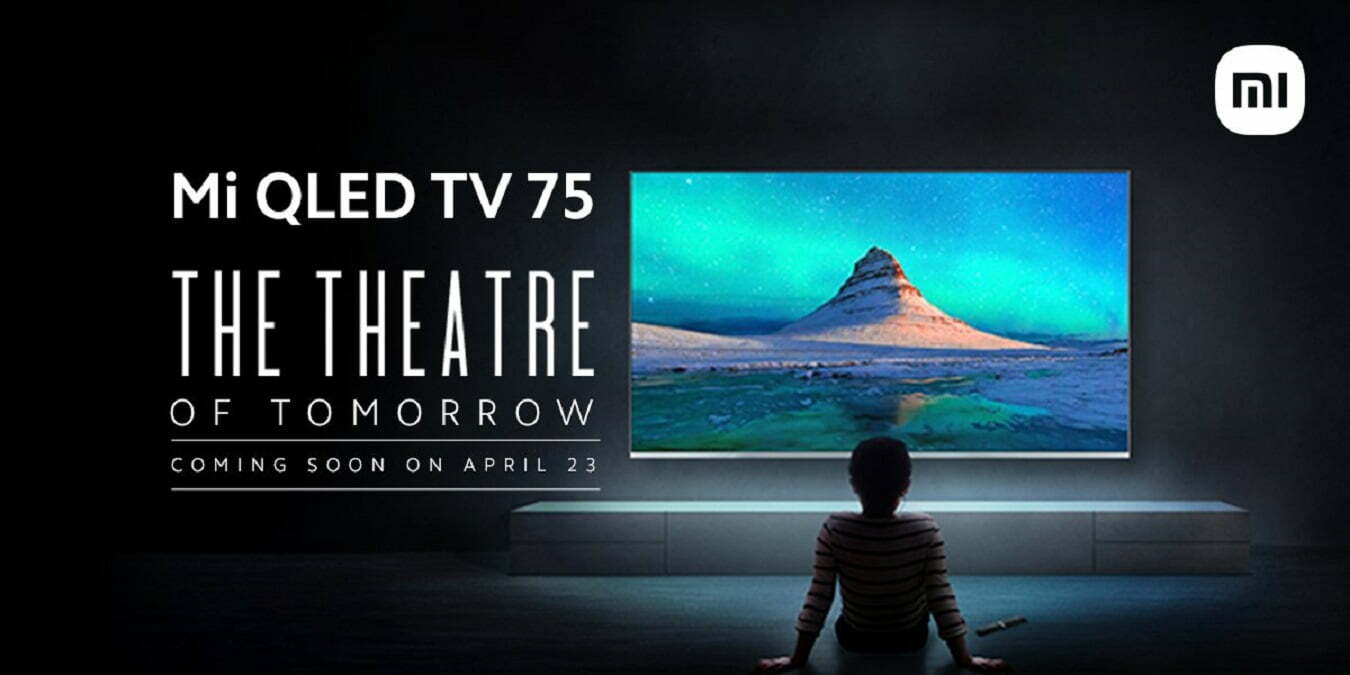 Xiaomi is planning to launch a new TV Mi QLED TV 75-inch in India as well as a new TV series. Which will be the largest TV company ever launched in India.

Xiaomi Mi QLED TV: Xiaomi’s April 23 launch event just got bigger. The Chinese electronics manufacturer had already announced two flagship smartphones Mi 11 Ultra and Mi 11X both set to be unveiled in India on the mentioned date. Now, it has confirmed the India launch of its biggest and most premium smart TV in the country, for the same date. Mi QLED TV 75 will be launched in India on April 23. The smart TV was unveiled globally earlier this year and will debut as Xiaomi’s largest TV in the country.

The global variant of the television features a QLED 4K display and runs on Android 10. It has a built-in microphone for Google Assistant. The announcement comes a month after Xiaomi introduced its first ever Redmi TV in the country. The company aims to differentiate the two line-ups with more offerings by the end of this year.

Xiaomi has shared a post on its official Twitter account and in this post, the company has revealed the Mi QLED TV of 75 inches to be launched on April 23. An image of the upcoming TV has also been shared in the post, in which it can be clearly seen that this TV will be equipped with a bezel. It will be given a QLED panel, which is seen only in premium range TVs. This shows that the Mi QLED TV 75 inches will be launched in India with a premium range. It is estimated that the price of this TV in India can be up to Rs 1,50,000.

The Mi QLED TV 75 has been launched in the global market and it is expected that there will be no significant changes in the model to be launched in India. This TV will have Dolby Audio support, Dolby Audio, DTS HD, and HDR10 + support for an immersive viewing experience. This smart TV will come with a 4K resolution and a 120Hz refresh rate. It will also have a 178-degree viewing experience and MEMC support. The special thing is that hands-free Google Assistant support has been provided on this TV, with the help of which users can control it by voice only. It is based on Android 10 OS.

There will also likely be some India-specific customisations to both the software and hardware, along with some recent features for PatchWall such as the Mi Home app which was recently introduced on the Redmi TV X55. Of course, all of this will be officially unveiled at the launch event on April 23, which will include details on the price, features, and availability in India.

Xiaomi also announced that it has sold over six million televisions in India since its launch in early 2018, and has a market share of 25 percent in the smart TV segment in India as per IDC. While a 75-inch television is unlikely to sell in large numbers, the company does feel that it will contribute to its portfolio meaningfully, and give it an entry into the premium, large TV space. The company also announced that the 75-inch television will be made in India, with the company manufacturing all of its Indian models and variants in India itself.

Xiaomi is investing in Make in India because we believe that India is able to match China’s manufacturing capabilities in the future, we will also get the benefit in cost which can be passed on to the eventual price, he added.

Xiaomi now has two different television series in India and hopes to differentiate them from each other by the end of this year.

“The Mi TVs will be offering what is latest in terms of technology while Redmi TVs will have what is absolutely needed. In terms of price point, we are yet to make a decision but by the end of this year, there will be more clarity on the positioning of two devices,” Eshwar said.