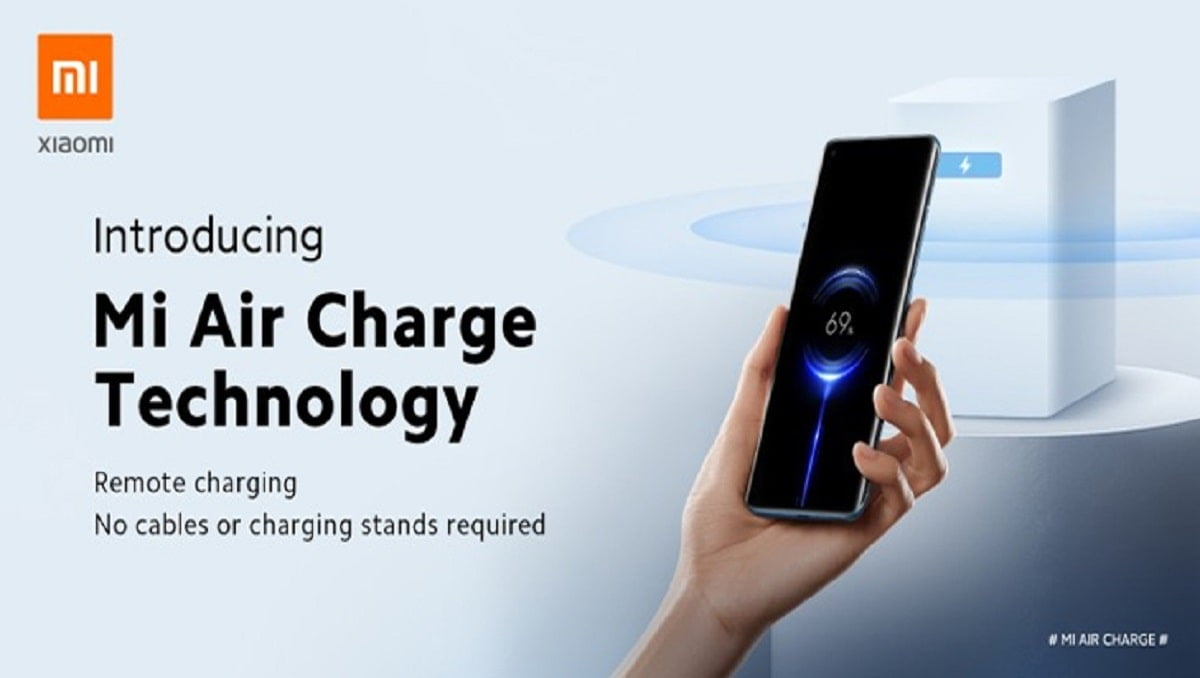 Xiaomi has launched the Mi Air Charge technology and with the help of this technology, users will be able to charge the device on the go. The special thing is that this technology is capable of charging multiple devices simultaneously.

While new changes are being seen on the day of the smartphone, the charging technology has also changed a lot. Xiaomi has now launched the ‘Mi Air Charge’ technology. It is a remote charging technology of the company and it can be used to charge multiple devices simultaneously. Not only this, with the help of technology, users can also charge their smartphone on the go.

While giving information in his blog, Xiaomi has stated that the main technology of new remote charging lies in space positioning and energy transmission. For this, Xiaomi has provided a five-stage built-in antenna. Which can find the exact location of the smartphone instead of Kaga. A transmitting millimeter-wave made of 144 antennae transmits the web directly to the phone via beamforming. The transmitter of the technology launched by the company is equal to the size of a side table. Which provides 5W wireless charging of the smartphone.

Explain that through Mi Air Wireless Charger technology, users can charge multiple devices of 5W simultaneously. The good thing is that no physical object will be able to interrupt charging. With this technology, users will not need any cable nor which stand to charge the device.

By using this, you will not only be able to charge not only smartphones but also fitness bands and other wearable devices. The company says that ‘we are very excited to introduce the Mi Air Charge technology. With the help of this technology, you can charge your device during gaming or even while walking on the way. However, the company has not revealed in the blog when the Mi Air Charge will be officially launched.

The core technology of Mi Air Wireless Charger lies in space positioning and energy transmission. Xiaomi’s self-developed isolated charging pile has five phase interference antennas built in, which can accurately detect the location of the smartphone. A phase control array composed of 144 antennas transmits millimeter-wide waves directly to the phone through beamforming.

Currently, Xiaomi remote charging technology is capable of 5-watt remote charging for a single device within a radius of several meters. Apart from that, multiple devices can also be charged at the same time (each device supports 5 watts), and even physical obstacles do not reduce the charging efficiency.

“Soon our living room devices, including speakers, desk lamps and other small smart home products, will all be built upon a wireless power supply design, completely free of wires, making our living rooms truly wireless,” the company said.

Similar to Xiaomi, Motorola appears to have its proprietary wireless charging technology in the works that could charge smartphones over a distance of up to one meter. A Lenovo executive posted a video on Weibo to showcase a prototype of the new technology that carries the Motorola One Hyper branding, without revealing any specific details.

Realme X7 Price Revealed Ahead of Launch: Will Knock India Market on February 4