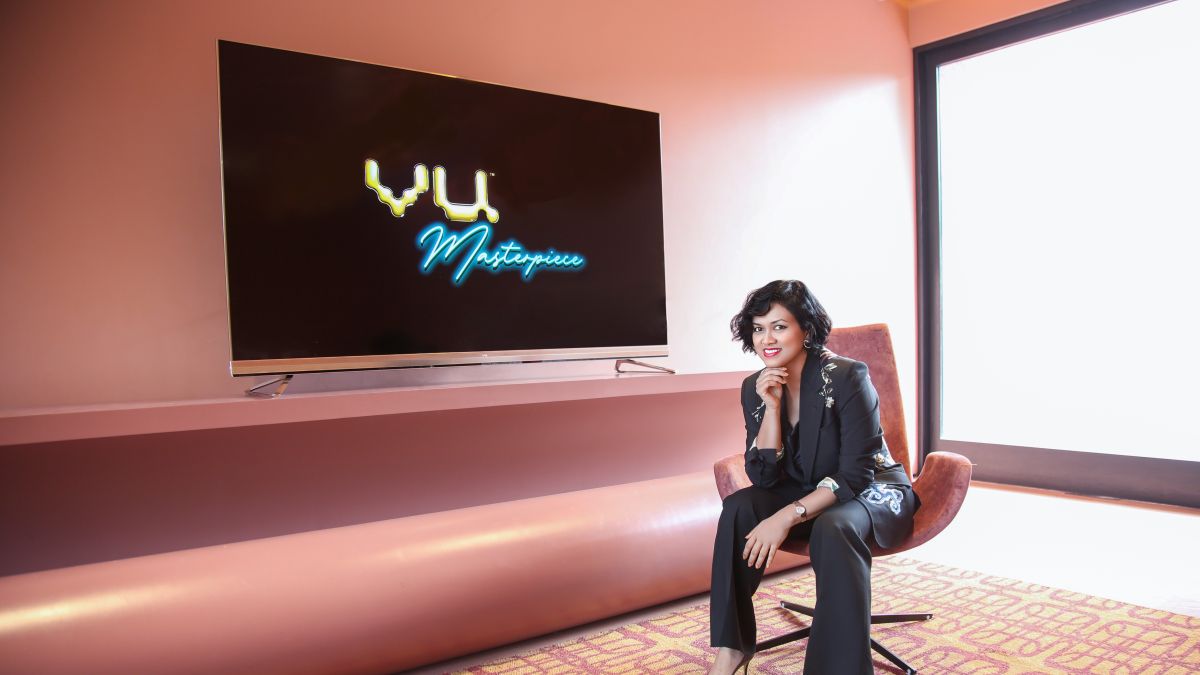 Vu has launched its latest Smart TV Vu Masterpiece TV in India. This new smart TV has an 85-inch HD display. Also, this TV has a built-in soundbar of 50 watts for better sound.

Tech company Vu ​​has launched its stunning Vu Masterpiece TV in India. This new smart TV has an 85-inch HD display as well as a 50-watt built-in soundbar and a camera. Apart from this, this TV has got the support of Dolby Vision. So let’s know about the price and specification of Vu Masterpiece TV.

The company has priced the Vu Masterpiece TV at Rs 3,50,000. This TV can be purchased in Black and Armani Gold color options. At the same time, this TV is available for sale at major retail stores in India.

The company’s flagship television, the Vu Masterpiece TV is among the most expensive in the range at Rs. 3,50,000. For the price though, the television packs in a lot, including an 85-inch Ultra-HD QLED screen, which supports HDR up to the Dolby Vision format. The television has a maximum refresh rate of 120Hz, and a rated peak brightness of 1,000 nits. There is also local dimming on the Vu Masterpiece TV, with 256 zones built into the LED backlight.

The television comes in a single black and ‘Armani Gold’ colour option. Built into the front of the TV is a soundbar speaker. The six-speaker system has a rated sound output of 50W, and support for the Dolby MS12 and DTS:X formats. Smart TV functionality is present, with the Vu Masterpiece TV running on Android TV 9 Pie, with support for all major apps and streaming services including Netflix, Amazon Prime Video, and Hotstar. There is also Google Assistant on the TV, accessed through the microphone on the Bluetooth-enabled remote.

A unique feature on the Vu Masterpiece TV is the optional upgrade of a built-in Windows 10 PC, which is powered by an Intel Core i5 processor. Also included are a camera, wireless keyboard with a built-in trackpad, and a wireless microphone, making the TV suitable for productivity and work-related functions. The Android TV functionality runs on a separate quad-core processor, with 2GB of RAM and 16GB of internal storage for apps and app data.

Having said this, the company launched Vu Cinema Smart TV Series in June. Under this series, 32 inches and 43 inch TVs have been launched in the market. The 32-inch Vu Cinema TV has an HD LED screen, which will have a resolution of 1366/768 pixels. Its 43-inch model will come in full HD screen display, which will have a resolution of 1920/1080. Both TVs have a built-in feature of Chromecast. It has a 40W soundbar-stylish speaker system for Apple AirPlay as well as Dolby audio tuning.

Both these smart TVs will get Google Assistant support for voice remote with Android TV 9 Pie. Apart from this, there will be support from Hotstar and YouTube. Users have two HDMI ports, two USB ports and a plus grade ADS support in 32-inch display variants for connectivity, while 43-inch display variants are given three HDMI ports and two USB ports.