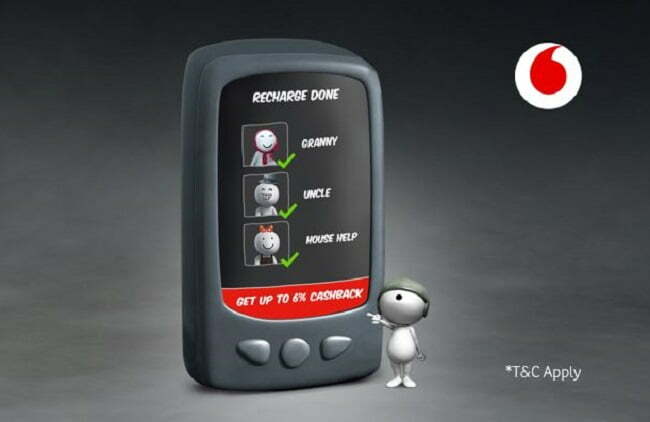 Vodafone has made a big change in its Rs. 98 plan, now users can avail 6GB extra data in this plan.

Telecom company Vodafone had recently increased the price of its popular RedX plan by up to 10 percent, due to which users were very disappointed. At the same time, the company has brought a banging offer giving relief to its users. The company has changed its plan of Rs 98 and now users will be able to get 6GB extra data absolutely free. Let’s know from the details about the benefits available in the plan of 98 rupees.

Vodafone Idea ‘s Rs 98 prepaid plan has been revised by the company and now 6GB extra data is being offered in it. This is an add-on data plan of the company and users whose data runs out quickly can recharge it and enjoy videos and movies comfortably. Explain that this is the company’s data plan and you will not get the facility of free calling.

This is an add-on data plan and its validity is 28 days. If you activate it in your existing plan, it will still work even after the validity of your plan is over. You can comfortably use its data until its validity expires. According to the information given on the company’s site, now users can avail of a total of 12GB of data in this plan. Whereas earlier 6GB data was being given in it. At the same time, after adding 6GB extra data, 12GB data will be available.

Having said this, Vodafone’s Rs 98 plan is currently being made available in a few circles. The circles for which the offer is rolled out to are — Andhra Pradesh, Delhi, Karnataka, Kerala, Mumbai, and UP East. The offer is currently not applicable in Assam, Bihar, Chennai, Gujarat, Himachal Pradesh, Haryana, Jammu & Kashmir, Kolkata, Maharashtra & Goa, Madhya Pradesh, North East, Orissa, Punjab, Rajasthan, Tamil Nadu, UP West, and West Bengal. But it is expected that it will be available in other circles in the coming time.

Bharti Airtel recently revamped its Rs 98 plan and is now offering 12GB data benefit with the validity being the same as of the user’s base plan compared to the 6GB data benefit with a standalone validity of 28 days. However, Vodafone is offering a standalone validity of 28 days. Airtel currently not offering any additional benefit except for the data just like Vodafone. At the same time, India’s leading telecom operator Reliance Jio is also offering something along the same lines. The 4G data voucher of Rs 101 from Reliance Jio comes with 12GB data benefit which will expire with the user base plan. Along with that, the user also gets 1,000 IUC minutes which is a bonus.

Samsung Galaxy S20 Tactical Edition Launched, All You Should Know