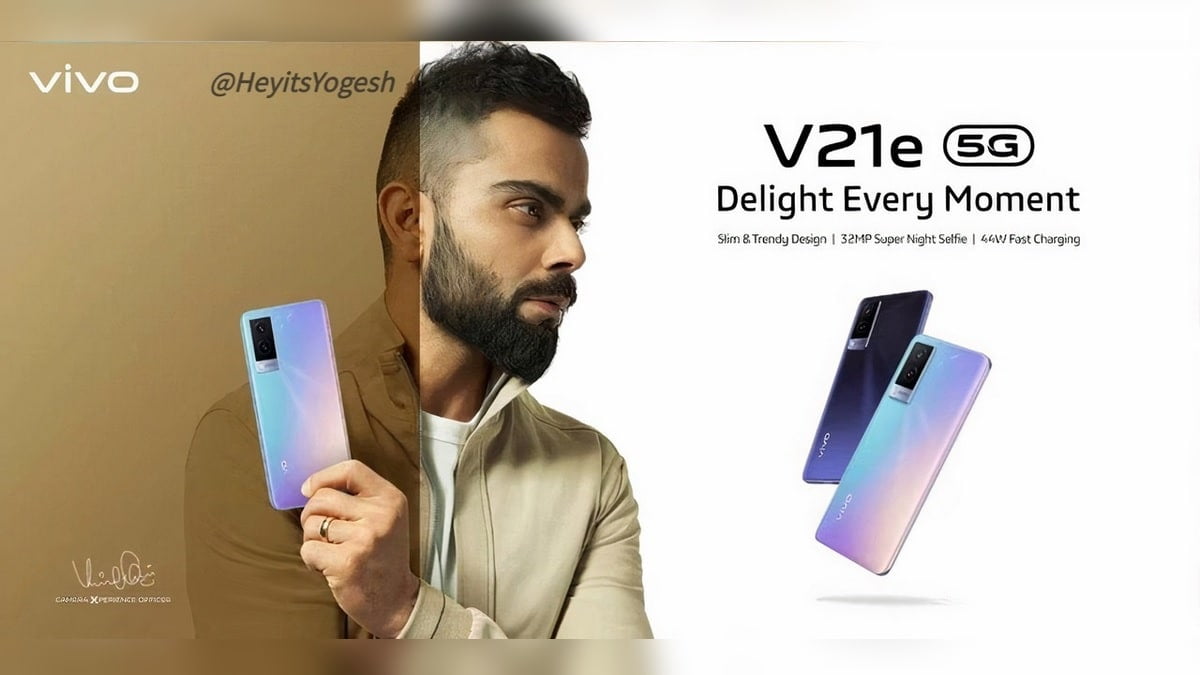 Vivo has revealed the launch date of its luxurious handset Vivo V21e 5G in India. Talking about the specification, users can get a 32MP super night selfie camera, strong processor battery, and dual rear camera setup in this smartphone.

Smartphone brand Vivo has revealed the launch date of its luxurious handset Vivo V21e 5G in India. According to the company, Vivo V21e 5G smartphone will be introduced in the Indian market on June 24 at 5 pm. Talking about the specification, users can get 32MP super night selfie camera, strong processor, battery and dual rear camera setup in this smartphone.

According to media reports, the Vivo V21e 5G smartphone will come with a 6.44-inch AMOLED display. 8GB RAM and 128GB internal storage will be given in this smartphone. Also, it will get Dimension 700 processor and 4,000mAh battery. Apart from this, an in-display fingerprint scanner can be given in the device.

Talking about the camera, dual rear camera setup will be given in Vivo V21e 5G smartphone. However, information about its sensors has not been found. Whereas users will get a 32MP Super Night Selfie Camera in the front of the phone.

The phone could also offer 3GB of additional virtual RAM. It will run Google’s Android 11 operating system out of the box with the company’s FunTouch OS skin on top. The V21e 5G is backed by a 4,000mAh battery that supports 44W rapid charging. For security, it has an in-screen fingerprint reader. The handset weighs 7.67mm and weighs 165 grams.

Vivo has not yet given any official information regarding the price of the Vivo V21e 5G. But if leaks are to be believed, then the price of this smartphone can be kept between Rs 20,000 to 29,000. Also, it can be offered in many color options.

The Chinese company VIVO has priced the Vivo Y73 at Rs 20,990. The smartphone is available in only a single 8GB + 128GB storage configuration. The Y73 smartphone in two color ​variants Diamond Flare and Roman Black. You can order the smartphone from Flipkart and offline stores.