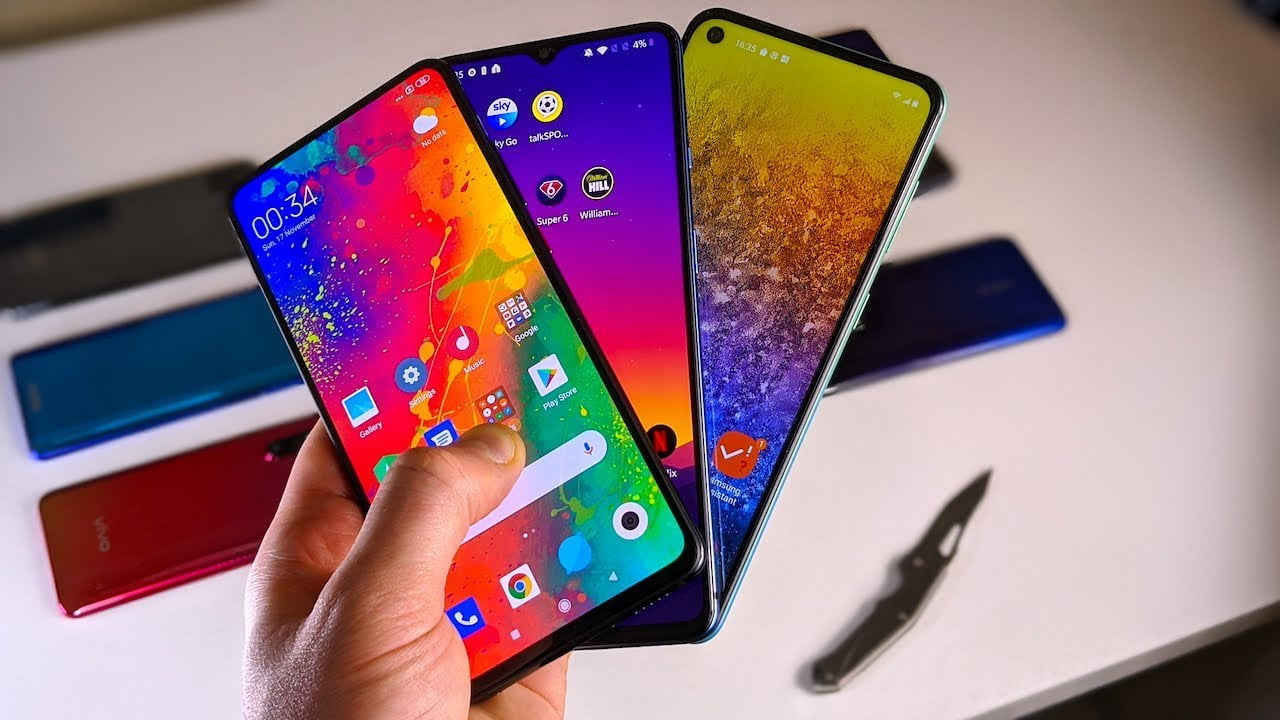 Talking about a smartphone priced below Rs 10000, there are many options in this price list in the Indian market. In which maximum 6000mAh battery and 48MP camera have been given. The specifications of all these smartphones are different from smartphone to smartphone.

The Infinix Hot 10S smartphone flaunts a 6.82-inch HD+ IPS display with a resolution of 1640×720 pixels. Its refresh rate is 90Hz. The octa-core MediaTek Helio G85 processor has been given in this device. Apart from this, users will get the support of the Android 11 based XOS 7.6 operating system in the phone. A triple rear camera setup has been given to the phone. It has the first 48MP primary sensor, the second 2MP depth sensor, and the third AI i.e. Artificial Intelligence based lens. Whereas an 8MP selfie camera has been given in the front of this phone. The Infinix Hot 10S smartphone has a 6,000mAh battery, which supports 10W charging.

The Realme C11 2021 smartphone flaunts a 6.5-inch HD+ LCD display with a resolution of 720 x 1600 pixels. Its screen-to-body ratio is 89.9 percent and refresh rate is 60Hz. It has 1.6GHz octa-core UniSoC SC9863 processor support. A single 8MP camera has been given to the phone. Its aperture is f/2.0. While the front of this phone will get a 5MP selfie camera. Realme C11 2021 smartphone works on the Android 11 based Realme UI Go Edition operating system. The fingerprint scanner is not given in this smartphone. Apart from this, users will get a 5000mAh battery in the smartphone, which supports 10W charging.

A large 6.6-inch Full HD + display has been given in the Spark 8T. Its peak brightness is 500 nits. The screen to body ratio of the phone is 91.3%. The all-new Spark 8T is the first smartphone in its segment to be introduced with 50MP dual AI rear cameras and a quad flashlight. The rear camera of Spark 8T is available with an F1.6 aperture. The phone has an 8 MP camera for selfie. The Spark 8T smartphone is powered by a 2.3GHz octa-core Helio G35 gaming processor. It comes with HiOS 7.6 based on Android 11. The Spark 8T has a powerful 5000 mAh battery.

The Redmi 9 smartphone flaunts a 6.53-inch HD+ display with a resolution of 720×1600 pixels. MediaTek Helio G35 processor has been given in this smartphone. Its internal storage can be increased to 512GB with the help of an SD card. At the same time, this smartphone works on MIUI 12 based on Android 10. Dual camera setup will be available in the phone, in which the first is a 13MP primary sensor and the second is a 2MP sensor. Also, a 5MP selfie camera has been given in front of this phone. The phone has a 5,000mAh battery with 10W fast charging support.

The company has given a 6.5-inch Mini Drop HD Plus display in the Realme Narzo 30a smartphone, which has a resolution of 720×1,600 pixels. Its screen-to-body ratio is 88.7 percent. Along with this, the MediaTek Helio G85 chipset has been given in the smartphone. This device works on Android 10 based Realme UI. A dual rear camera setup has been given to the phone. It has the first 13MP primary sensor and the second monochrome lens. A massive 6,000mAh battery has been given to the phone. Its battery supports 18W fast charging as well as reverse charging.