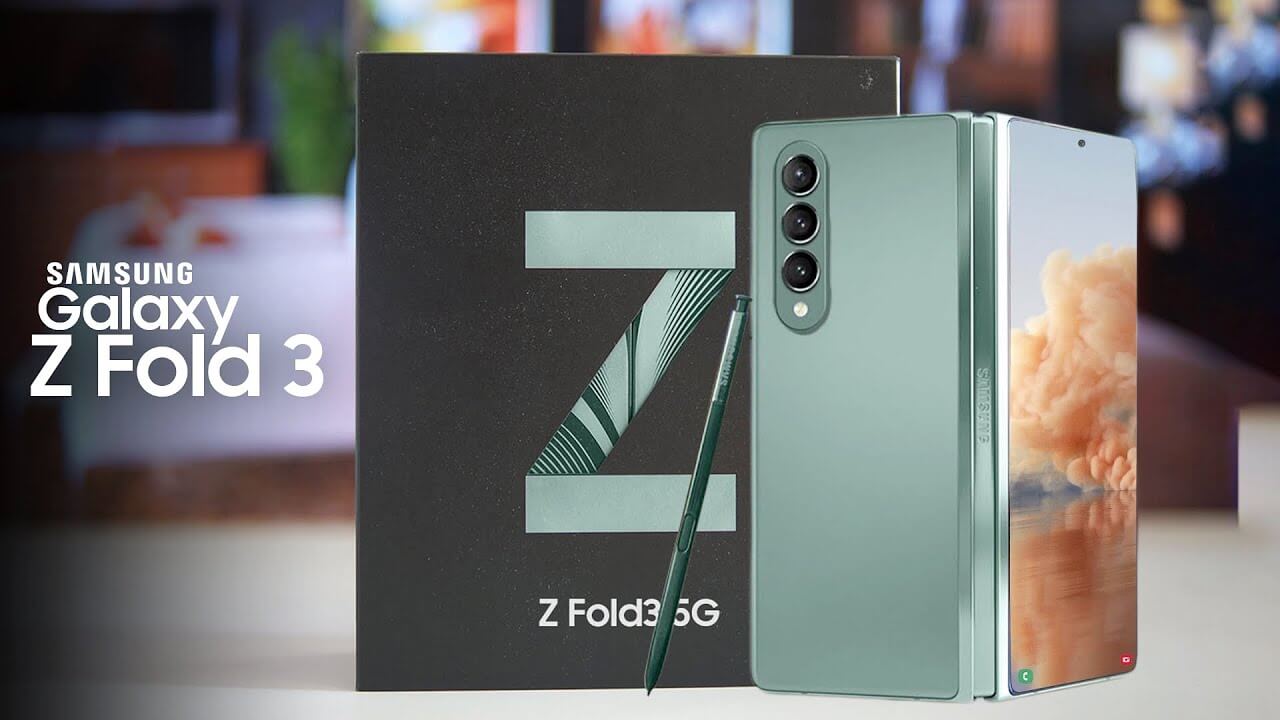 The thickness of the Galaxy Z Fold 3 will be 16mm on the hinge side and 14.4mm on the other in the foldable position. The cover screen of the phone will be 6.2 inches. Which will come with Full HD Plus Dynamic AMOLED 2x panel. The screen resolution is 2268/832 pixels and the adaptive refresh rate is 120hz. The main screen will be 7.6 inches, which will come with QXGA Dynamic AMOLED 2x panel. Its resolution will be 2208/1768 pixels. Its screen will also come with 120hz adaptive refresh rate. Gorilla Glass Victus has been used in the phone.

The Galaxy Z Fold 3 smartphone will be backed by a 5nm octa-core SoC, which will have a maximum clock speed of 2.84GHz. But the company has not announced the processor. But it is expected that the phone can be offered with Qualcomm Snapdragon 888 support. The phone will get support of 12GB RAM. The phone will work on Android 11 based One UI. The phone will come with S-Pen Fold Edition support.

Galaxy Z Fold 3 has a 4,400mAh (Typical) dual battery. It can be charged with the help of 25W fast charger. Fingerprint sensor and face recognition support will be available in the phone.

Spotify users can get 3 months premium subscription for free