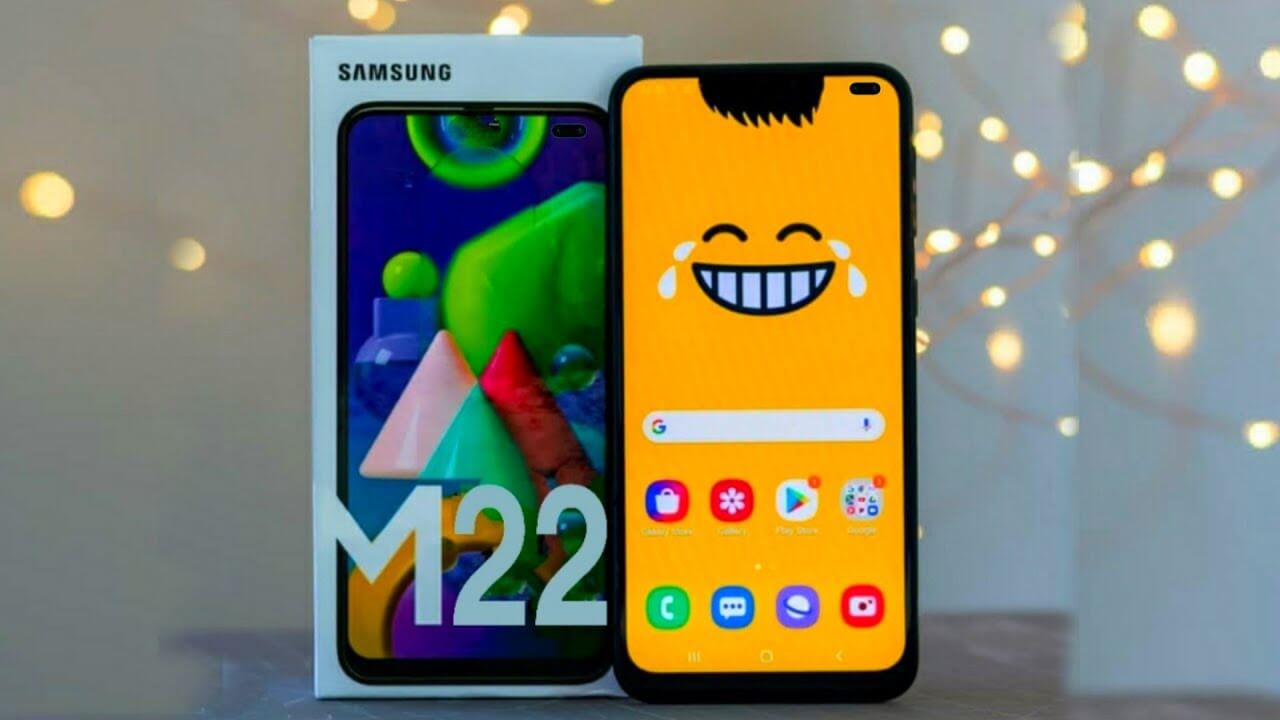 Samsung Galaxy M22 has now gone official in Germany with the phone listed on the company’s site. The phone is seen to sport a waterdrop-style notch and houses a square-shaped module at the back that houses four camera sensors.

Samsung Galaxy M22 has now gone official in Germany with the phone listed on the company’s site. The listing reveals the specifications and design of the phone. The Samsung Galaxy M22 is seen to sport a waterdrop-style notch and houses a square-shaped module at the back that houses four camera sensors. There is a flash module and there is also a side-mounted fingerprint sensor in the phone. Special specifications of the phone include a 48-MP main rear camera and a 5,000mAh battery with 25W fast charging support.

The information about the price of the Samsung Galaxy M22 has not been revealed through the company’s site. It is listed in three color options – Black, Light Blue, and White. While the ‘Buy Now’ button is live, it redirects to the offline store option, indicating that the phone is not yet listed in the online store.

The Samsung Galaxy M22 runs on Android and sports a 6.4-inch HD+ (720×1,600 pixels) Super AMOLED display with 16 million colors. It is powered by an unspecified octa-core processor, paired with 4GB of RAM. Internal storage is listed at 128GB, with the option to expand via a dedicated microSD card slot (up to 1TB).