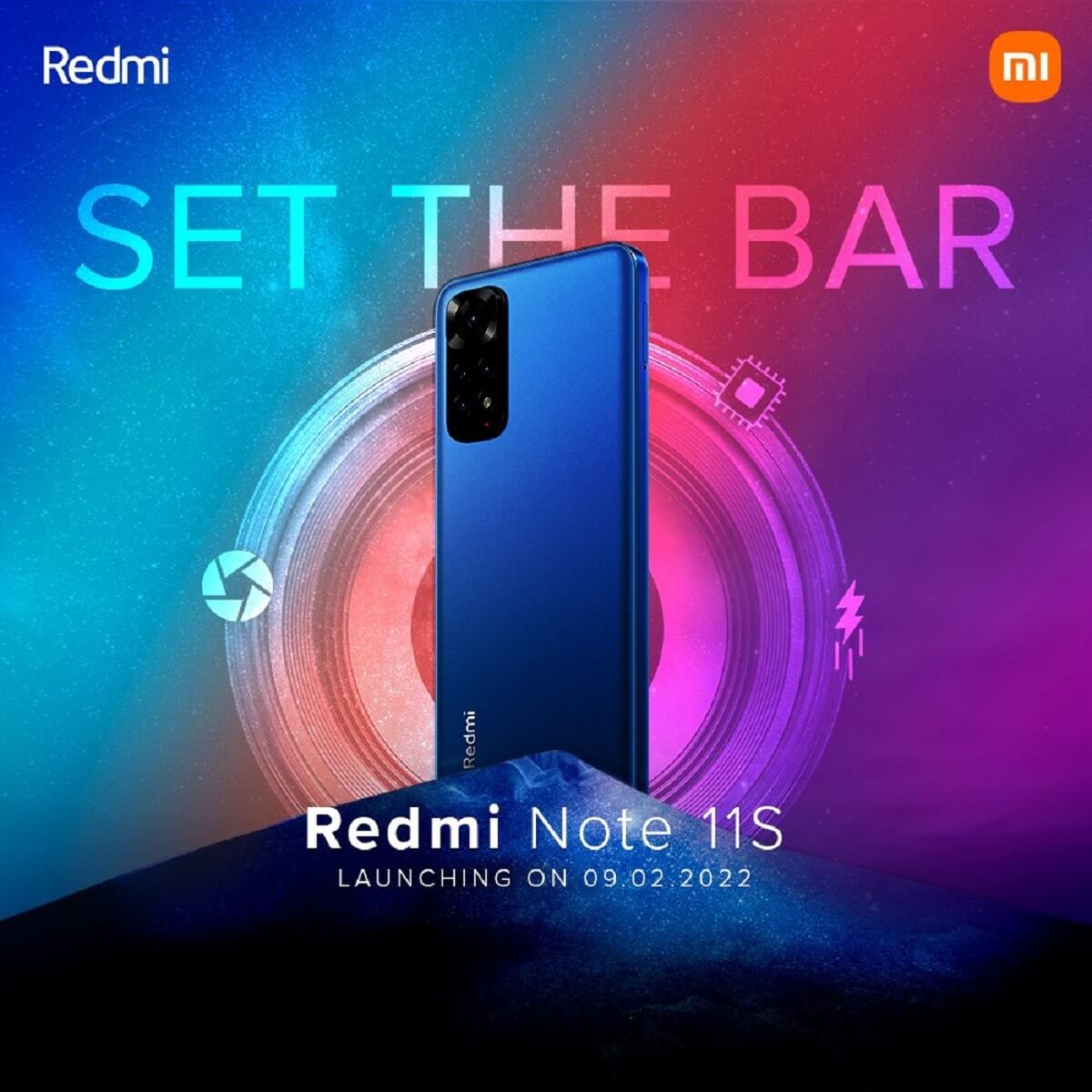 Xiaomi has announced the launch date of the upcoming Redmi Note 11S smartphone from the official Twitter handle.

In addition to the launch date announcement, Xiaomi shared a teaser image that shows the Redmi Note 11S from its back — revealing the quad rear camera setup that appears to have a 108-megapixel primary sensor. The teaser also suggests that the new Redmi phone would come with 4G connectivity and may not have 5G support as it doesn’t have any references about the latter. This is unlike many other budget phones in the market that have 5G connectivity.

The company has confirmed that the Redmi Note 11S smartphone will be offered with a 108MP quad rear camera setup. The phone will come with an AMOLED display. Also, instead of 5G, 4G connectivity will be available on the phone. The 108-megapixel ISOCELL HM2 sensor has been given in the Redmi Note 11S smartphone. Apart from this, the phone will come with an 8-megapixel Sony IMX355 sensor and 2-megapixel ultra-wide angle lens support.

Xiaomi started teasing the launch of the Redmi Note 11S in the country earlier this month. Some of its alleged renders also appeared online shortly after the release of the official teaser. The renders suggested that the phone may come with a centrally-aligned hole-punch camera at the front. It also indicated the quad rear camera setup.

Notably, In the recent past, the Redmi Note 11S appeared on some certification listings, including the Bureau of Indian Standards (BIS) and Thailand’s National Broadcasting and Telecommunications Commission (NBTC).

How to choose the best postpaid plan in India?