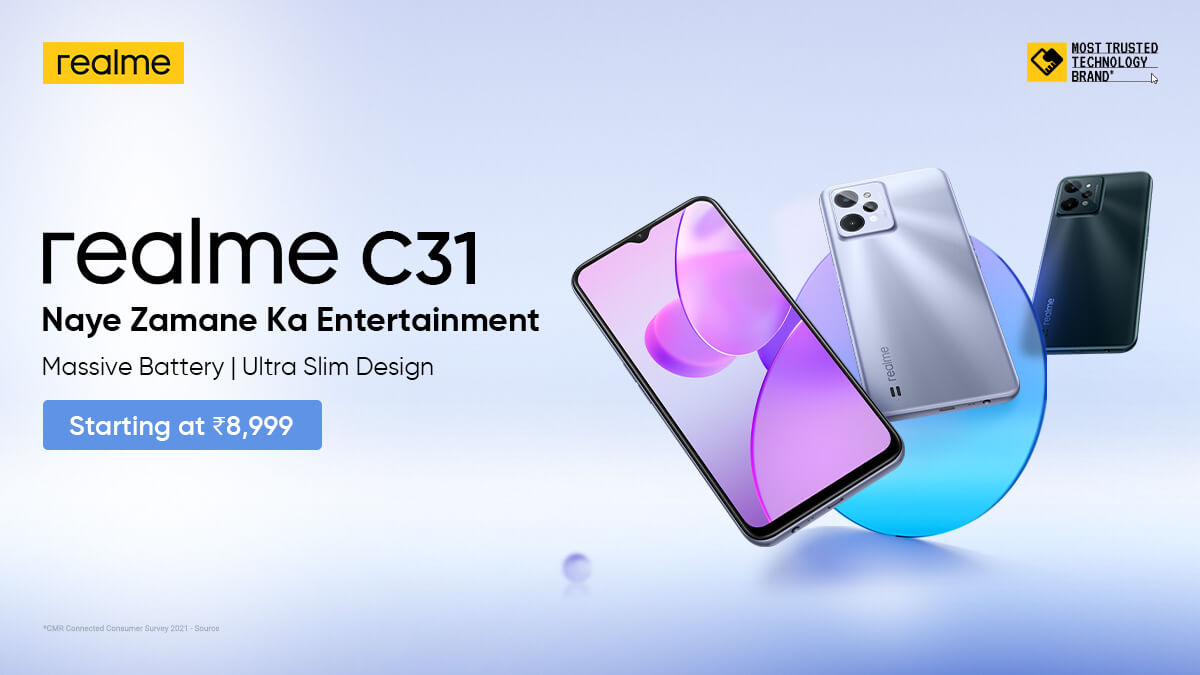 Realme has launched the new budget segment smartphone Realme C31 in India. The price of the phone is less than Rs 10000. But in the features, the Realme C31 smartphone competes with the mid-range smartphone.

5000mAh battery support has been provided in the phone for power backup. The phone will support 10W charging out-of-the-box as well as USB Type-C port.

Unisoc T612 SoC has been given as processor support in the phone. The phone supports 4GB RAM and 64GB internal storage. The space of the phone can be increased with the help of memory card. A side-mounted fingerprint sensor and AI Face Unlock support will be provided in the Realme C31 smartphone.

Realme C31 is launched at a starting price of Rs 8,999 for the base 3GB+32GB variant. The 4GB+64GB variant of C31 is priced at Rs 9,999. The company has launched C31 in two colour variants – Light Silver and Dark Green. Customers will be able to buy the newly launched smartphone starting from 12 noon on April 6, 2022. The smartphone will be available on realme.com, Flipkart and other retailers.