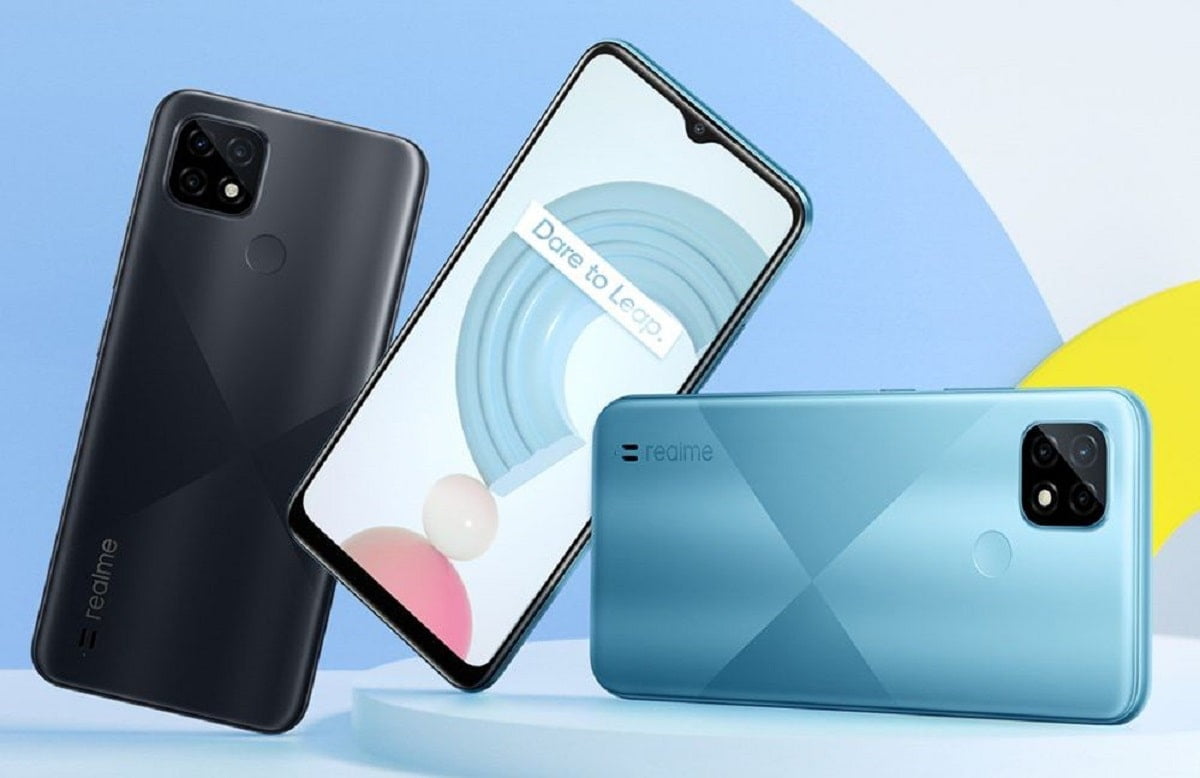 Realme C21, which has been in the news for a long time, has finally been launched. A fingerprint scanner has been given in the rear of this smartphone. Apart from this, users will get a 5000mAh battery and triple rear camera setup in the smartphone.

The Realme C21 runs on Realme UI based on Android 10 and has a dual-SIM slot. It features a 6.5-inch HD+ (720×1,600 pixels) LCD display with an 89.5 percent screen-to-body ratio and is powered by the MediaTek Helio G35 SoC. The phone packs 3GB of RAM and internal storage is listed to be 32GB. There’s a dedicated microSD card slot for further storage expansion.

There’s a rear fingerprint scanner on the Realme C21. The phone packs a large 5,000mAh battery and comes with a 10W charger bundled inside the box. Connectivity options include a MicroUSB port, a 3.5mm audio jack, Wi-Fi 802.11 b/g/n, Bluetooth v5, and more. The Realme C21 weighs 190 grams and measures 165.2×76.4×8.9mm. Sensors on board include magnetic induction sensor, light sensor, proximity sensor, and accelerometer.

The Realme C21 smartphone is available in cross black and blue color options. The price of this phone is MYR 499 (about 8,900 rupees). At this price, 3GB RAM and 32GB storage variants will be available. At the moment, it is not known how long the Realme C21 will be introduced.

Having said this, Realme had launched the C-series Realme C12 in the Indian market last year. The starting price of this phone is 8,999 rupees. Realme C12 has a 6.5-inch Mini Drop HD + display. Which comes with 1600 x 720 pixels screen resolution.

Its aspect ratio is 20: 9 and screen to body ratio of 88.7 have been given. The phone’s screen is coated with Corning Gorilla Glass. For security, users will get the facility of the rear fingerprint sensor. This smartphone runs on a 2.3GHz Octa-Core MediaTek Helio G35 processor and users can expand its storage using a microSD card.