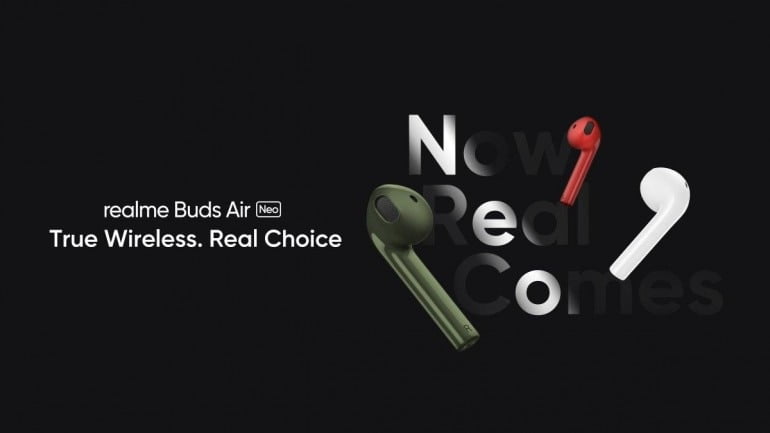 Realme has launched another of its True Wireless earbuds, Realme Buds Air Neo. It comes with a very attractive and premium design.

Performance on Air Neo and Earphone 2

Realme Buds Air Neo comes with a customized high-performance R1 chip, which features Bluetooth v5.0 connectivity. With this, it has a super low latency mode, which is just 119.2ms. Because of this, users get real-time audio experience. Apart from this, it also has a noise cancellation feature, which removes external interruptions during music listening or a call, and users can experience better sound quality. At the same time, speaking of Mi True Wireless Earphone 2, there is no audio chip in it, due to which you will not get real-time audio experience.

The problem with many wearable devices is that it takes a long time to connect to its smartphone or other sources, which users do not like. The Google Fast Pair protocol is used in Realme Buds Air Neo. It automatically connects to a smartphone or other device as soon as the device’s charging case cover is opened. You do not find the Google Fast Pair protocol in other brands of True Wireless Earphone 2.

Like Realme Buds Air, touch control feature has also been provided in Realme Buds Air Neo. Music is played or paused by double tapping the earbuds. You can skip to the next song by tapping the buds three times. At the same time, upon long press it enables voice assistance or disconnects the call. Being a smart touch control, you can easily use it in day-to-day life.

The most important sound for any true wireless is its sound quality. You can compromise a bar with the design and battery, but not the sound quality of the device. Realme Buds Air Neo has a larger 13mm audio driver. Which comes with LCP Advanced Composite Multilayer Diaphragm Support. It has a dynamic bass boost solution, which gives a strong bass experience while listening to music. Also, you get a better sound experience while watching movies on a smartphone, laptop, or tab.

Realme Buds Air Neo comes with a Half in Year design, due to which it can be comfortably fitted in the ears. Comes in three color options White, Green, and Red. Bluetooth version 5.0 has been used for connectivity in it. This device is IPX4 rated, due to which it is protected from sweat and dust. It comes with a single mic noise cancellation feature. Micro-USB support has been provided for charging. Also, it has features such as touch control, super latency modes. These True Wireless earbuds are priced at Rs 2,999. It can be purchased from the Realme website and Flipkart. At the same time, speaking of Mi True Wireless Earphone 2, it comes for Rs 4,999 and only one color option is available in white.