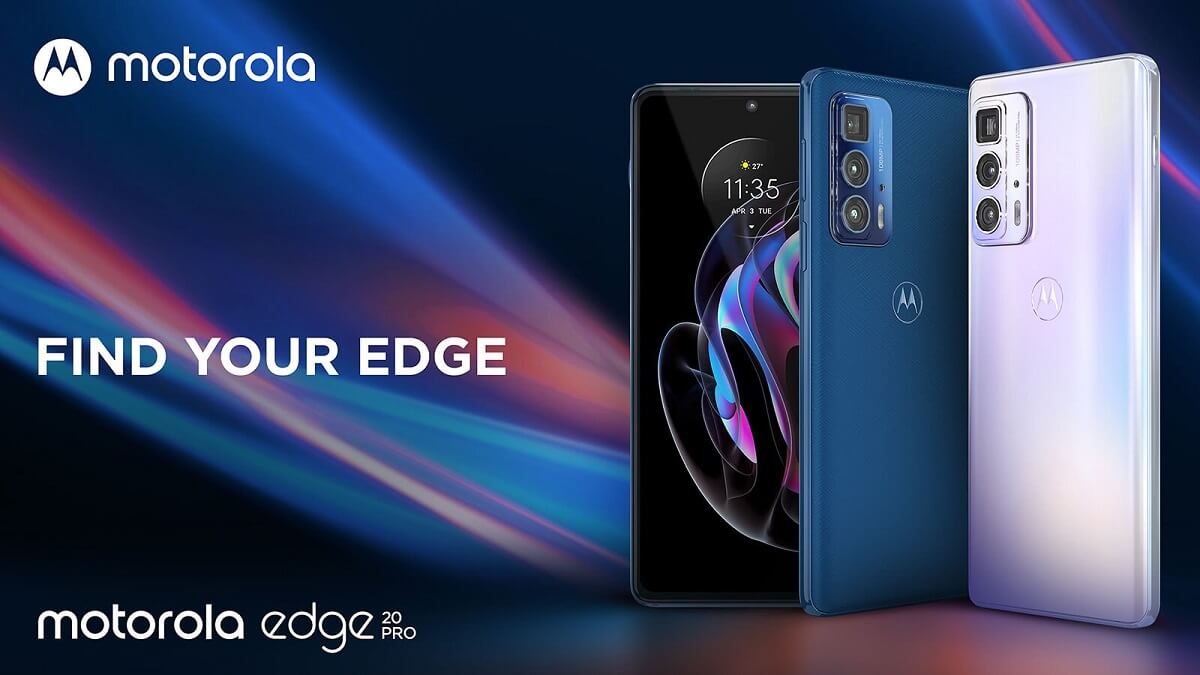 Motorola Edge 20 Pro has been launched in India as the latest model of the company’s Motorola Edge 20 series. The new phone comes with a 144Hz AMOLED display and has triple rear cameras. It also has a hole-punch display design.

Motorola Edge 20 Pro was launched in India as the latest model of the company’s Motorola Edge 20 series. The new Motorola phone comes with a 144Hz AMOLED display and has triple rear cameras. It also features a hole-punch display design and offers a stock Android-like experience. Other key highlights include Qualcomm Snapdragon 870, 30W fast charging, and 5G support. Motorola Edge 20 Pro will compete with the OnePlus 9R, Samsung Galaxy S20 FE, and Mi 11X Pro in the country.

Motorola Edge 20 Pro price in India has been set at Rs 36,999 for the 8GB RAM + 128GB storage variant. The phone comes in Midnight Sky and Rainbow Cloud color options and will start accepting pre-orders via Flipkart from Sunday, October 3.

Launch offers on Motorola Edge 20 Pro include 10% off on Axis and ICICI bank cards under the Flipkart Big Billion Days sale. There will also be no-cost EMI options for up to six months through ICICI and HDFC Bank credit cards. Motorola Edge 20 Pro was originally launched in Europe in late July with a price tag of EUR 699.99 (roughly Rs. 60,200) for the 12GB RAM + 256GB storage configuration.

The dual-SIM (Nano) Motorola Edge 20 Pro runs on Android 11 with My UX on top and features a 6.7-inch full-HD+ (1,080×2,400 pixels) Max Vision AMOLED display with up to 144Hz refresh rate and up to 576Hz touch. The latency display also has a 20:9 aspect ratio and HDR10+ support along with 2.5D Corning Gorilla Glass 5 protection. Under the hood, the Motorola Edge 20 Pro packs an octa-core Qualcomm Snapdragon 870 SoC, Adreno 650 GPU, and 8GB of LPDDR5 RAM. The phone comes with a triple rear camera setup consisting of a 108-megapixel primary sensor with an f/1.9 lens. It also includes an 8-megapixel sensor with f/3.4 aperture along with a telephoto lens in periscope shape. Apart from this, the rear camera setup comes with a 16-megapixel ultra-wide shooter.