Apple launches WatchOS 9 update: All you should know 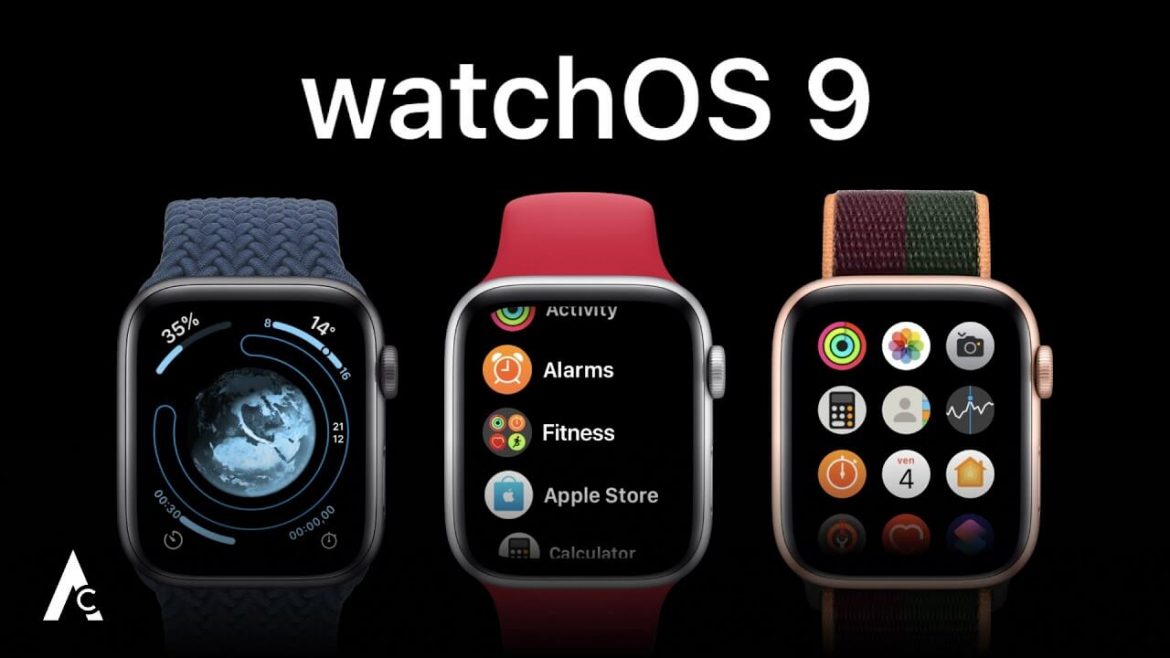 Apple also announced Apple WatchOS 9 along with iOS 16 MacBook Air at its annual developers conference. Apple has introduced it for its watch series. In the new update, users will get features like new watchface A-fib history and medicine app.

Apple hosted the Worldwide Developers Conference (WWDC 2022) today. Apple also announced watchOS 9 along with iOS 16 at the event, which is the successor to watchOS 8 that was launched last year. Apple is bringing several new features to the Apple Watch series with the watchOS 9 update. Let’s know about it.

watchOS 9 is introducing new watch faces for Apple Watch. It gets four new faces, which include Lunar, Playtime, Metropolitan and Astronomy. Apart from this, the Workout app has also received an update. It offers custom workouts that can be used to create the perfect workout. Speaking of fitness, the app is bringing three new metrics to running mode. Apple has also worked on improving the tracking of Sleep Insights for users.

The sleep tracking feature of watchOS 9 gives more insights into the sleep stage. It uses signals from the accelerometer and heart rate sensors in the Apple Watch to detect whether users are in REM, core or deep sleep. Users will see sleep stage data on their Apple Watch in the Sleep app. More detailed information, such as bedtime, heart rate and breath rate, sleep comparisons, etc., can be viewed in the Health app on the iPhone.

The feature will let Apple Watch users track how much time they spent with A-fib or atrial fibrillation, which users can use to diagnose potentially dangerous heart conditions.

With Watch OS 9, Apple introduced a new Medications app that aims to help users keep track of all their medicines, vitamins and supplements. The app will also inform the users to take the medicine as per their prescribed schedule. You can add a drug to the list of Medicines apps in WatchOS 9 to scan with your iPhone’s cameras.

One of the biggest changes that come through watchOS 9 is the expansion of fitness and health tracking. The new watchOS release brings a AFib History feature to track and monitor users in the state of atrial fibrillation over a particular period — time of day or week. Users can also share a PDF of their AFib patterns with their doctor.

The watchOS 9 release also brings four new watch faces, namely, Playtime as well as the updated Astronomy, Lunar, and Metropolitan. Similarly, there are enhanced and modernised complications on some of the most classic watch faces, such as Utility, Simple, and Activity Analog. The update also brings new features across workouts types, including heart rate zones.

Users can now use the Digital Crown on the Apple Watch to rotate between easy-to-read Workout Views and look at various metrics of different training styles. Additionally, there is a new custom workout mode to let you add alerts as per your workout. Apple has also introduced a multi sport workout type that is claimed to use sensor fusion on the Apple watch to “detect when you finish one leg of your race and the transitioning to the next so it can automatically switch between swimming, cycling and running.”

Throughout the workout, the Apple Watch can deliver new alerts to users, including pace, power, heart rate, and cadence. Apple has also added Kickboard detection as a new stroke type for Pool Swim workouts that uses sensor fusion on the Apple Watch to automatically detect when users are swimming with a kickboard and classify the stroke type in the workout summary along with distance swam. Swimmers using the Apple Watch can also track their efficiency with a SWOLF score through watchOS 9.

Apple has also started displaying Fitness+ workouts on-screen guidance for workouts, including: Intensity for HIIT, Cycling, Rowing, and Treadmill; Strokes per Minute (SPM) for Rowing; Revolutions per Minute (RPM) for Cycling; and Incline for walkers and runners in Treadmill.

In addition to the updated workouts experience, watchOS 9 brings Sleep Stages to enhance sleep tracking on the Apple Watch. The company claimed the new addition is capable of detecting REM, Core, and Deep sleep stages.

Apple’s watchOS 9 also includes the Medications app to let users discreetly track their medications, vitamins, and supplements from their wrist. Users can also use the iPhone camera to scan a label of their medication and add its data to the preloaded app on the Apple Watch.

The new watchOS release comes with the new Reminders app that lets users add or edit key details such as date and time, location, tags, and notes. There is also the new Calendar app that allows users to create new events directly from the Apple Watch.

During the keynote, Apple also mentioned that the “health data is encrypted on device and is not shared without your explicit permission.”

The release of watchOS 9 sets the stage for the new Apple Watch models that are rumoured to debut later this year, with improved design and in three different variants. Also, the new watchOS version is designed to make the Apple Watch a strong competitor against the smartwatches running on Google’s Wear OS that also received a slew of updates at the I/O 2022 conference last month.