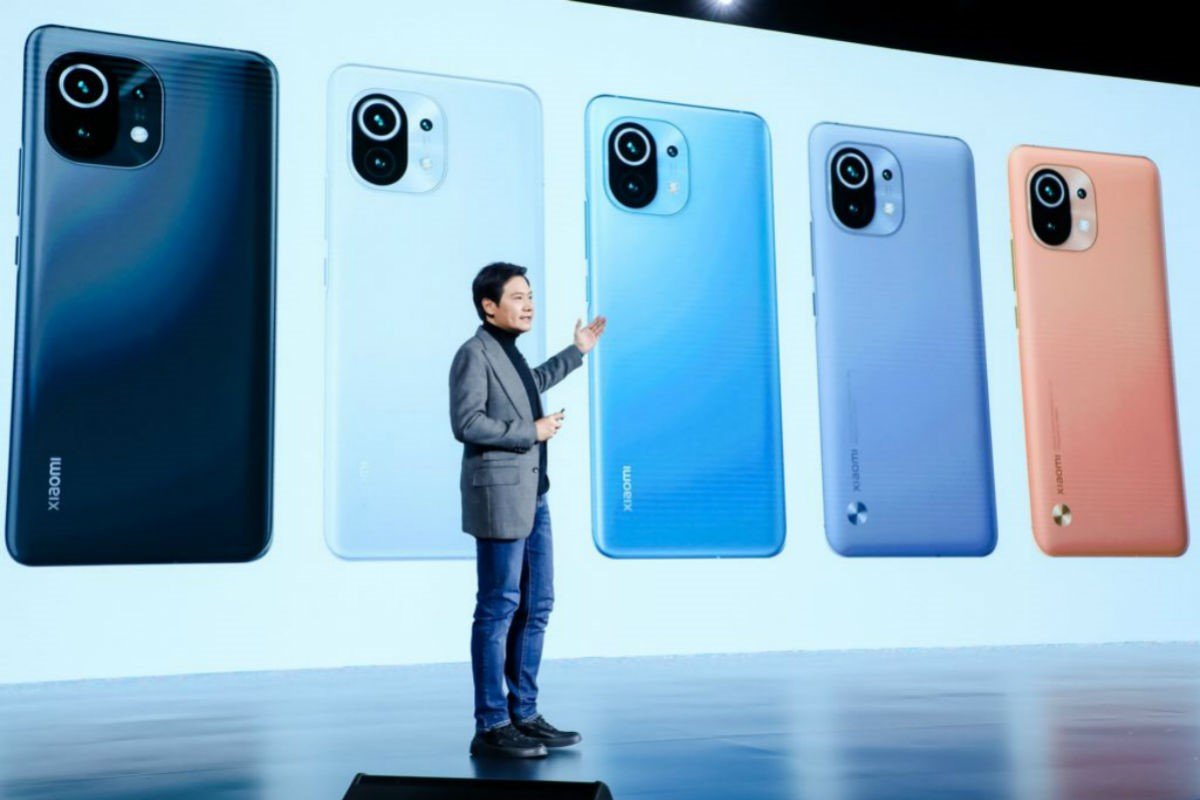 The Xiaomi Mi 11 and Mi 11 Pro smartphones are 5G enabled. The latest and most powerful processor Qualcomm Snapdragon 888 chipset has been used in it. This is Xiaomi’s first device that will come with no charger. The phone has a 108MP camera for photography.

Xiaomi Mi 11 Smartphone Series has been launched in China. Under this flagship series, two smartphones Mi 11, Mi 11 Pro have been launched. Both smartphones are 5G enabled. The latest and most powerful processor Qualcomm Snapdragon 888 chipset has been used in it. The phone will support Xiaomi’s MIUI 12.5 out of the box. This is Xiaomi’s first device that will come with no charger.

The Mi 11 comes with a 6.81-inch OLED screen with support for QHD+ resolution (3,200 x 1,440). In line with the phone’s premium nature, the device’s display can also refresh at 120Hz and supports 240Hz touch response rate. The panel has also been announced to reach a peak brightness of 1,500 nits. Xiaomi has announced that the display will be protected using a sheet of Gorilla Glass Victus.

As Xiaomi had announced at Qualcomm’s Snapdragon Tech Summit 2020, the new Xiaomi phone comes with the Snapdragon 888 SoC. The company had previously revealed the Mi 11’s benchmark scores which had shown the Mi 11 is clocking a single-core score of 1,135 while the multi-core score is 3,818.

As for the software, the new Xioami phone will be the first to be equipped with the MIUI 12.5 update which will bring with itself new super wallpaper and 125 nature-inspired system notification sounds derived from animals. Interestingly, this update also goes big on several privacy features such as smart clipboard privacy protection to prevent unauthorized apps from accessing your clipboard.

Keeping the lights on here is a 4,600mAh battery which promises a full day of usage. For charging, the phone offers the Mi Charge Turbo system. Of this, wired charging comes offers 55W which can charge the phone in 45 minutes. The device also offers reverse wireless charging at 10W speeds. Apart from this, the phone offers Harman Kardon tuned stereo speakers, heart rate detection via the in-display fingerprint sensor, and the ability to connect two Bluetooth headsets to the same device.