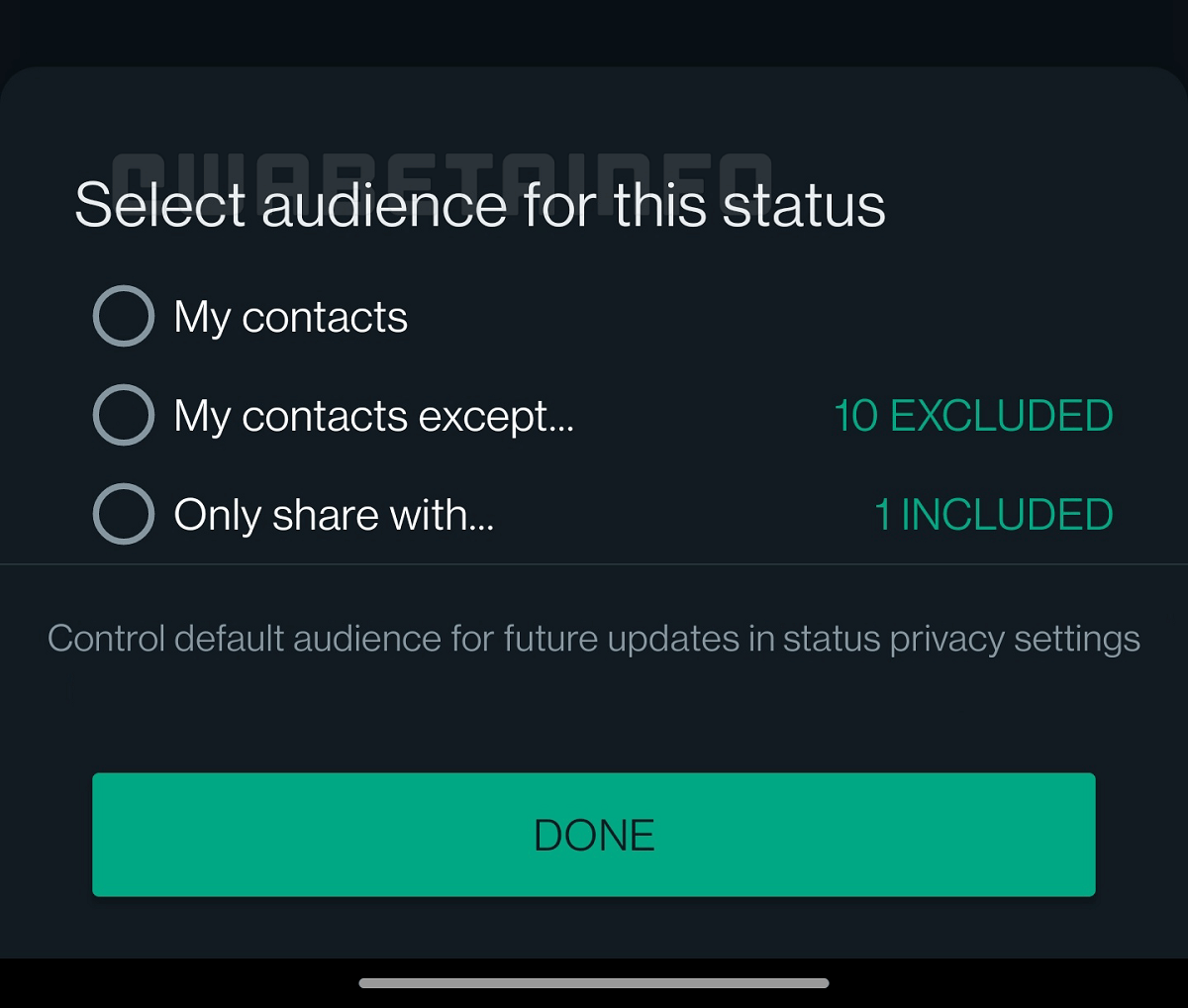 The Android beta update of a new feature has been rolled out. According to the update, WhatsApp status can be modified as per requirement of the user.

WhatsApp is reportedly working on a new privacy shortcut for Android smartphones. As per an online report by WABetainfo, the new WhatsApp shortcut will allow you to manage status privacy settings. The report mentions that WhatsApp has started to roll out a new beta update for Android users reference to the shortcut that have been found in the update. The update brings the version of the app up to 2.22.6.2. The new feature is rumoured to work alongside with new caption bar which is also under development.

The company is working on another preview feature. This feature will give an option to check any video, audio, or document before sending it.

“WhatsApp is introducing a new way to view the preview of images and videos shared as documents. Certain beta testers may be able to use the same feature on some previous updates as well.” WABetaInfo is mentioned in its Twitter handle.

As mentioned earlier, the new document preview UI is currently under the beta version, hence it will take some time to reach the general public. That said, the company has been testing tons of features of late. As per reports, users can expect iMessage-like reactions with a total of six emojis to be available both in individual threads, and group chats. The social app is likely working on a new community feature that will function similarly to discord groups and channels. The new feature is said to provide admin granular control over the different aspects of the app. In addition, WhatsApp is also speculated to provide the option to hide ‘last seen’ from specific contacts.

WhatsApp has been testing a lot of new features as of late. The app will soon add iMessage-style message reactions, let you finally transfer chats from Android to iOS, and let you preview voice notes before sending them. In addition, WhatsApp is also working on a new feature that will automatically transcribe voice messages. Meanwhile, new drawing tools will allow you to draw thicker and thinner lines on images/videos.