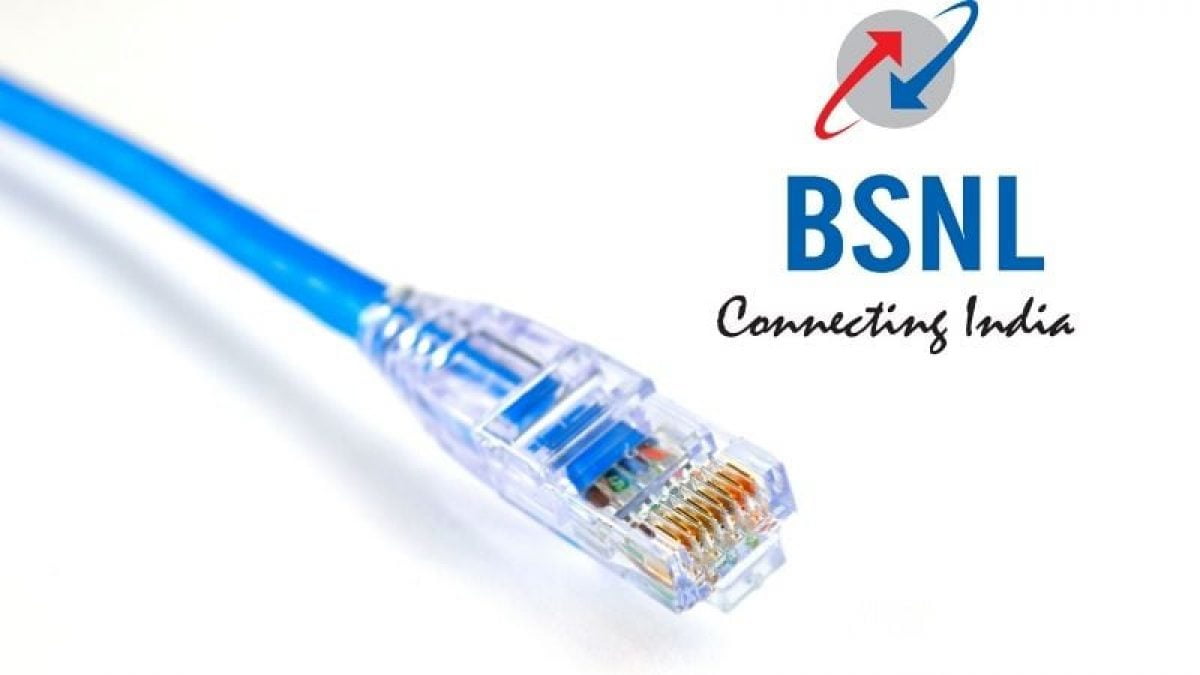 Three new DSL broadband plans of BSNL have been launched in the Indian telecom market. These three are priced at Rs 299, Rs 399, and Rs 555. In all these plans, consumers will get up to 500GB of data at a speed of 10Mbps. Let’s know about these broadband plans.

Bharat Sanchar Nigam Limited (BSNL) has introduced three new DSL broadband plans, as per a report. The plans include Rs. 299, Rs. 399, and Rs. 555 options, all of which come with 10Mbps speed and will be rolled out starting March 1. Since there are DSL broadband plans, they offer slower speeds compared to BSNL’s Bharat Fiber plans. They come with FUP limits of 100GB, 200GB, and 500GB, respectively, after which users can continue to browse the Web at much lower speeds.

As per an online report, BSNL has launched Rs 299, Rs 399, and Rs 555 prepaid plans in all circles except Andaman and Nicobar. The Rs 299 prepaid plan which is also called 100GB CUL offers 100GB of high-speed data at 10Mbps. Post exhausting the data, the speed of the internet would drop down to 2Mbps. The report further stated that the plan would only be available for six months post which the users will be upgraded to the Rs 399 broadband plan.

To get the plans, the first-time users will have to pay a security deposit of Rs 500 for the Rs 299 and Rs 399 plans. The Rs 299 and Rs 555 plans can be bought by new and existing users. The broadband plans come with a free subscription to Yupp TV. Broadband had earlier launched two Rs 999 and Rs 1499 broadband plans.

The Rs 999 BSNL Fibre Premium broadband plan comes with 3300GB or 3.3 TB which offers a speed of 200 Mbps speed for Rs 999. Post exhausting the data, the speed is reduced to 2Mbps. This plan comes with a free premium membership to Disney+ Hotstar.

The Rs 1499 BSNL Fibre Premium broadband plan comes with 4000GB data which offers 300 Mbps of data. After the FUP limit is exhausted, the speed is reduced to 4 Mbps. This plan also comes with a free premium membership to DIsney+ Hotstar. These plans will be offered by BSNL in select circles with competition for a promotional period of 90 days.

The central government had recently made a big statement about the 5G network. According to the government, it is not possible to rollout 5G in the country this year. It can begin in India as early as 2022. According to the report of the parliamentary panel, another spectrum auction is to be held after the next 6 months. Only then will 5G be rolled out in India by next year. The parliamentary panel report may shock the plans of Reliance CEO Mukesh Ambani.

Earlier Mukesh Ambani had said that Jio will launch the 5G service in India by the second half of 2021. According to Ambani’s statement, Jio will be at the forefront of the 5G service. At the same time, the 5G service has been successfully tried on a commercial network in Hyderabad by Airtel this year. Telecom companies Airtel and Jio have completed preparations for 5G. These two companies are just waiting for the approval of the government.