WhatsApp is rolling out Reactions feature for all 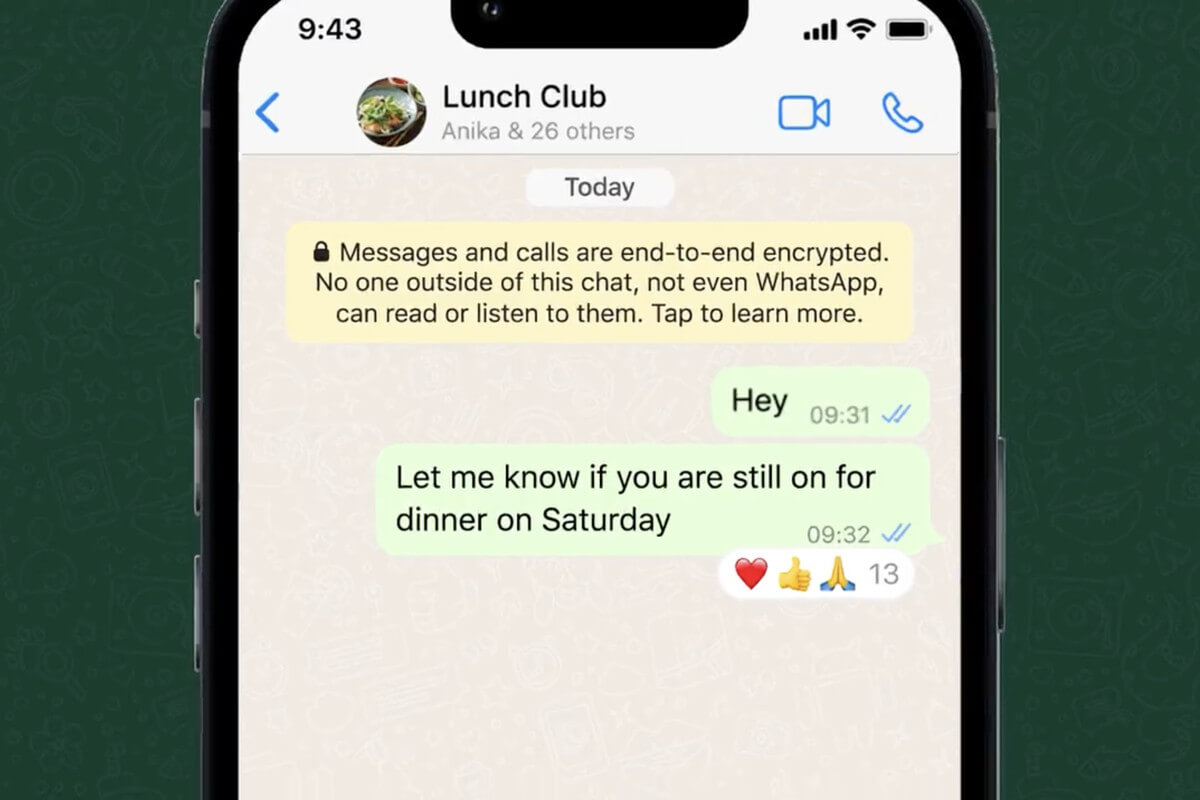 WhatsApp has started rolling out its new reaction feature. This will make chatting convenient and fun for the users.

There is good news for WhatsApp users, because after a long wait from WhatsApp, the WhatsApp reaction feature has been rolled out. Mark Zuckerberg, CEO of WhatsApp owned company Meta gave information about this from his Facebook page. Zuckerberg said that from May 5, 2022, the rollout of the WhatsApp Reaction feature has started. Initially 6 emoji have been rolled out by WhatsApp. This includes emojis like thumbs-up, heart, laughing, surprise, sad and thanks. Mark Zuckerberg has announced that some new emoji will be launched in the coming days.

It is important to point out that other messaging apps such as Telegram and iMessage. Interestingly, WhatsApp’s sister company, Instagram, already offers this feature to allow users to quickly react to messages with emojis. So, WhatsApp is offering it to users pretty late.

The post shows that initially users will get only six emoji reactions, including like, love, laugh, surprise, sad, and thanks. There are chances that users will get to use all the emojis in the future, which is something that beta testing has also suggested.

In addition to this, a future update could also let users use GIFs or stickers in the messaging app, apart from emojis. The same was recently spotted in a recent development build. In case you haven’t yet seen this feature, then keep in mind that message reactions will appear just below a message.

What is WhatsApp reaction feature?

Actually, the WhatsApp reaction feature, as the name suggests, allows you to share your expression on any chat with the help of emoji without a text message. Such a feature already exists on Facebook. At present, the feature of replying with emoji is available on WhatsApp. But the feature of reacting with up emoji has been launched. For which you will not have to go to the chat box and select the emoji. Users will be able to react with emoji by simply long pressing on the message.

How to use WhatsApp Reactions?