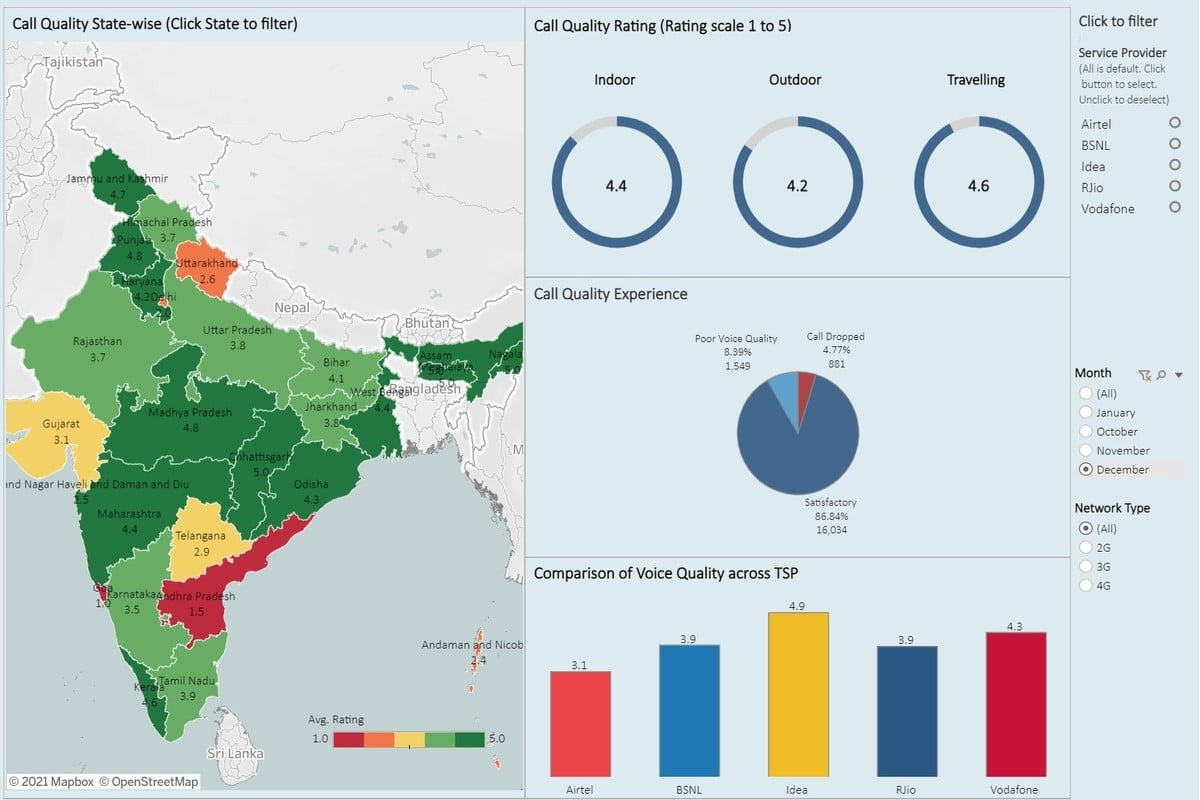 Vodafone Idea delivered the highest voice quality in November and December 2020. TRAI is counting Vodafone and Idea as two separate telecom companies on its MySpeed and My Calls portals despite the recent merger of Vodafone and Idea (Vi).

TRAI is counting Vodafone Idea as two separate telecom companies on its MySpeed portal and My Calls portal despite the recent merger of Vodafone and Idea — Vi. Vodafone was in the second position in terms of delivering voice quality in December 2020. Vodafone received an 87.68 percent rating and is said to have received an average 4.4 indoor call quality rating and a 3.6 average outdoor call quality rating. While Idea maintained its rank since November 2020, Vodafone experienced a dip as its rank in November was 4.6 average voice quality rating. The development was first noted by Telecom Talk.

The call quality report of the telecom companies is listed on the MyCall dashboard of the TRAI website. Having said this, the call quality data is prepared by TRAI on the basis of feedback from most users.

In the month of November, Idea was at the top with a rating of 4.9 out of 5 and Vodafone followed with 4.6 out of 5. BSNL was next with 4.1 out of 5 and both Airtel and Reliance Jio trailing with a 3.8 out of 5 rating. BSNL’s call quality ratings dropped a little from November to December, with the average rating going down from 4.1 out of 5 to 3.9 out of 5.