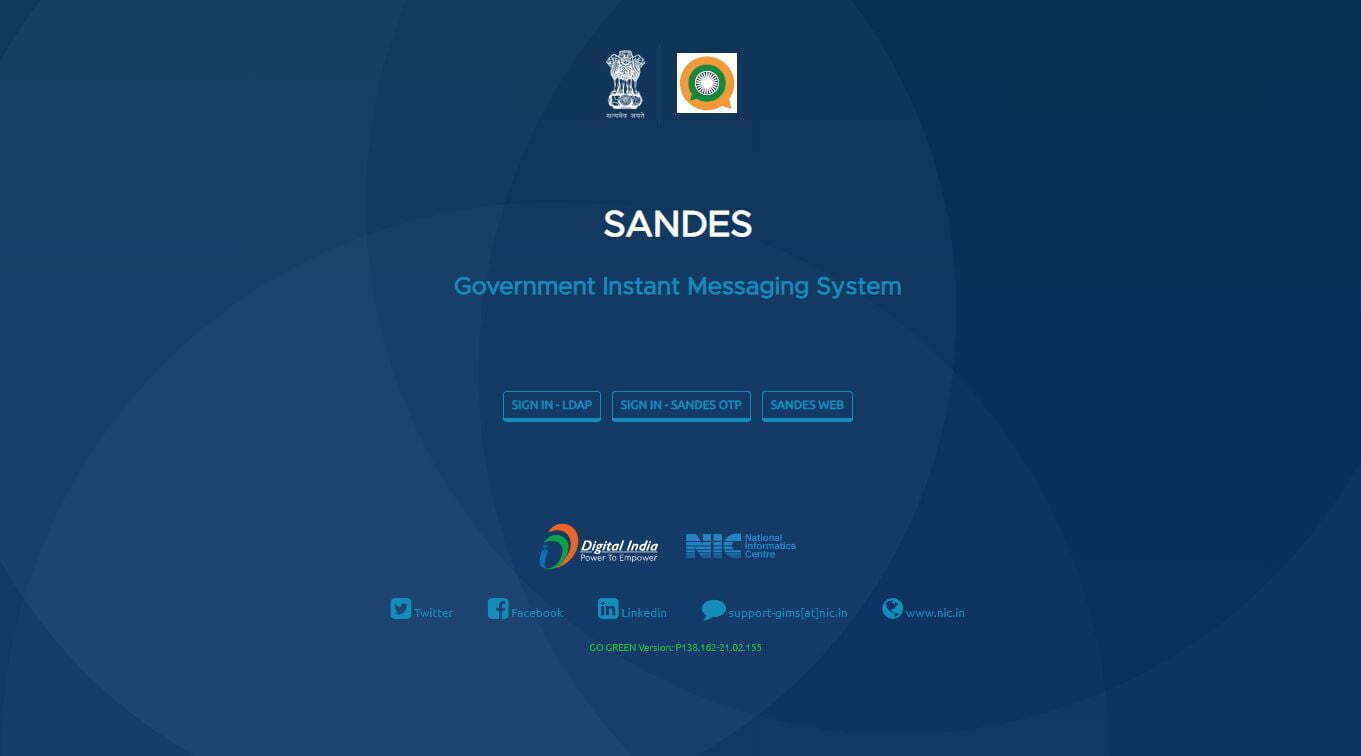 The ‘Sandes’ app provides all the features that any instant messaging application would provide. And this is currently available to ministry officials. The government of India hinted working on WhatsApp-like chat app last year.

The Indian government is testing an indigenously developed WhatsApp alternative called Sandes. The messaging service is being used by government officials for exchanging information, as per a report by Business Standard. Sandes seems to be an aftereffect of WhatsApp’s new privacy policy that shares user’s data with Facebook, which the government has asked the messaging platform to withdraw and reconsider its approach to information privacy, freedom of choice, and data security.

But apart from postponing the new policy to May, there hasn’t been any update from the Facebook-owned messaging platform. Now, that the government has started using Sandes, here’s what you need to know about this Indian WhatsApp alternative.

Talking about Sandes app, you will have to visit the website www.GIMS.gov.in to know about this app. Where you will get much important information related to it. Also, you will be able to know how to sign it in the app. Explain that keeping in mind privacy, OTT has been used to sign in to this app. This app has been called the government instant messaging system.

The report corroborates to earlier claims that the move to make a desi alternative of WhatsApp was taken to get government employees off the social media networks that may have compromised channels. The report adds that the use of Sandes is restricted to government officials currently. However, a broader rollout cannot be ruled out later.

The report adds that the Sandes is app can run on both iOS and Android platforms. It also supports voice and data, similar to modern-day chatting apps. It also adds that the Sandes app’s backend is handled by the NIC, The National Informatics Centre, which comes under the Ministry of Electronics and Information Technology. The NIC provides the infrastructure to help support the delivery of government IT services and the delivery of some of Digital India’s initiatives.

Talking about the design and logo of the official app Sandes, Ashok Chakra’s logo has been given in this app. It has three tricolor layers. This app has been launched as Digital India Initiative. It will be available for both Android and iOS platforms.

Talking about the features of the Sandes app, in addition to chatting in this app, users will also get the voice calling feature. That is, like Whatsapp, voice calls can also be availed in this. This app will be controlled by the National Informatics Sensor of India. In this app, users can sign in three ways. This includes Signed Message LDAP, Signed Message OTP, and Sandes Web. After selecting any of these options you will get an OTP. At present, only the government officials have the facility to sign in as it is currently in the testing phase and will soon be rolled out for users.

The timing of Sandes could be interesting, considering WhatsApp will also be pushing its new privacy policy that shares more data with the parent company, Facebook.

Last month, the Indian government had asked the instant messaging platform to withdraw recent controversial changes it made to its terms of service and privacy policy, expressing ‘grave concern’ over implications for Indian citizens.

In a letter to WhatsApp’s global chief executive officer Will Cathcart, the Ministry of Electronics and Information Technology (MEITY) had sought details about the exact categories of data it collects from Indian users, the permission and consent required by different versions of the application. The Ministry has also objected to the differential privacy policies for European Union and India.

WhatsApp has delayed the introduction of the new privacy policy to 15 May from 8 February. It reiterated that neither it nor Facebook can see personal conversations and that they are safe and protected by end-to-end encryption.

How to Activate DND Service on Jio, Airtel, Vodafone Idea: All You Should Know