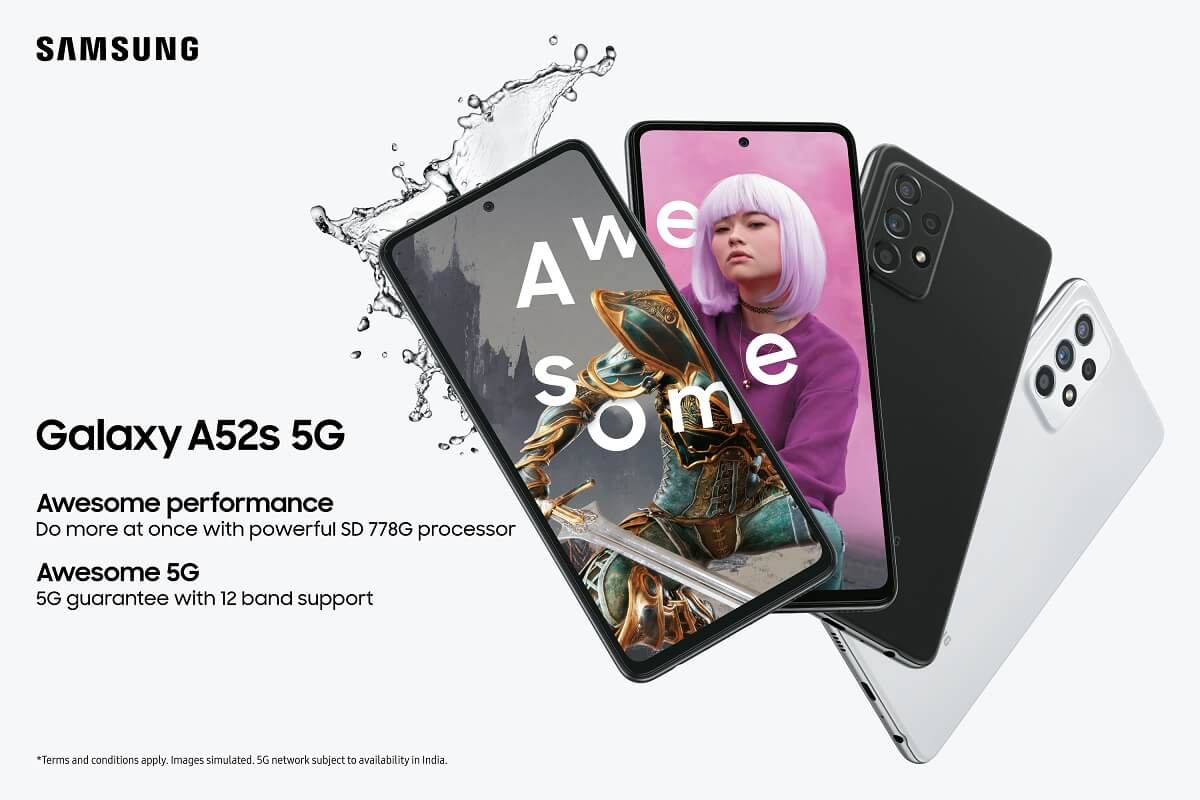 Samsung has announced a cut in the price of Galaxy A52s 5G.

Samsung has announced a Rs 5000 cut in the price of its popular 32-megapixel selfie camera phone Galaxy A52s 5G. The phone was launched in India in September last year. Samsung has announced a price cut of Galaxy A52s ahead of the launch of its Galaxy A series upcoming smartphones Galaxy A53, and Galaxy A33. However, the reduced price is only for offline stores. Samsung Galaxy A52s smartphone is being sold at the same price on e-commerce sites Amazon and Flipkart.

The Samsung Galaxy A52s 5G smartphone has a 6.5-inch Full HD Plus Super AMOLED Infinity-O display, which has a refresh rate of 120Hz. Apart from this, Snapdragon 778G chipset will be supported in the smartphone. The phone works on the Android 11 based One UI 3 operating system.

While its design is identical to that of the A52s, it retains the IP67 rating which appears to be the only standout feature against its competitors. The upgraded 120Hz display keeps up with the competition and offers deep blacks, while its stereo speakers deliver loud and clear sound.