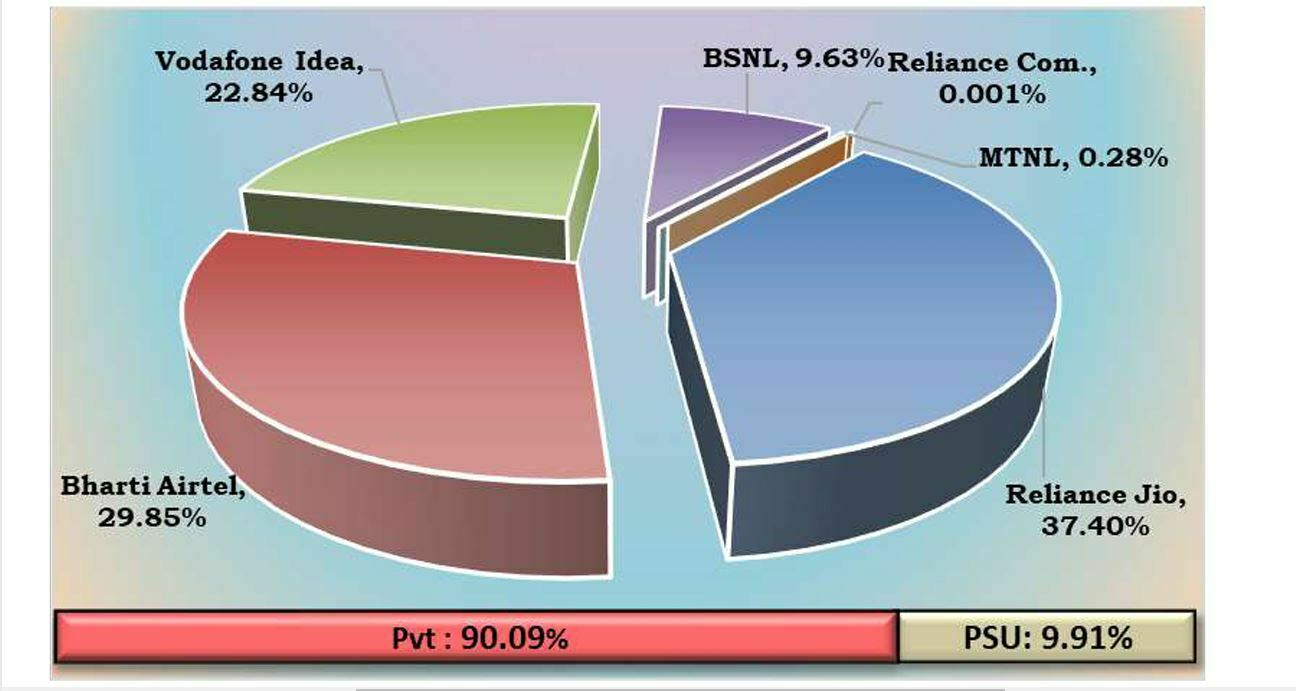 Reliance Jio gained 6.49 lakh mobile users in August, which is ahead of Bharti Airtel which includes 1.38 lakh users. Apart from this, Vodafone Idea lost 8.33 lakh subscribers during August, although its loss was less than July.

According to the report released by the Telecom Regulatory Authority (TRAI), telecom operator Reliance Jio has managed to add 6.49 lakh, mobile users, in August. Whereas Bharti Airtel has added 1.38 lakh users. The same Vodafone Idea lost 8.33 lakh subscribers during August, although its loss was less than July.

Jio added 6.49 lakh, wireless users, in August, as its mobile base grew to 44.38 crores. With this, the company has given tough competition to its competitors in subscriber numbers. Sunil Mittal-led Bharti Airtel added 1.38 lakh users during the month, taking the total wireless subscriber base to 35.41 crores.

According to data released by the Telecom Regulatory Authority of India (TRAI), Vodafone Idea lost 8.33 lakh, mobile subscribers, in August as its wireless user base dropped to 271 million. Notably, the troubled operator – which recently got a shot in the arm with the relief package announced by the government – has minimized the loss of its customers to an extent, given that it lost 14.3 lakh users in July.

Overall telephone density fell to 88.45 percent in August this year compared to 88.51 percent in July.

Telecom Regulatory Authority of India (TRAI) has released its data for download and upload speed for September 2021. Reliance Jio offered the highest download speed which was 20.9 Mbps as per TRAI’s 4G chart, followed by Vodafone Idea offering an average downloading speed of 14.4 Mbps (Mbps). Airtel which gave the speed of 11.9 Mbps. Vodafone Idea tops the upload segment with 7.2 Mbps data speed. Reliance Jio is second after Vodafone Idea with an upload speed of 6.2 Mbps and Bharti Airtel with 4.5 Mbps.