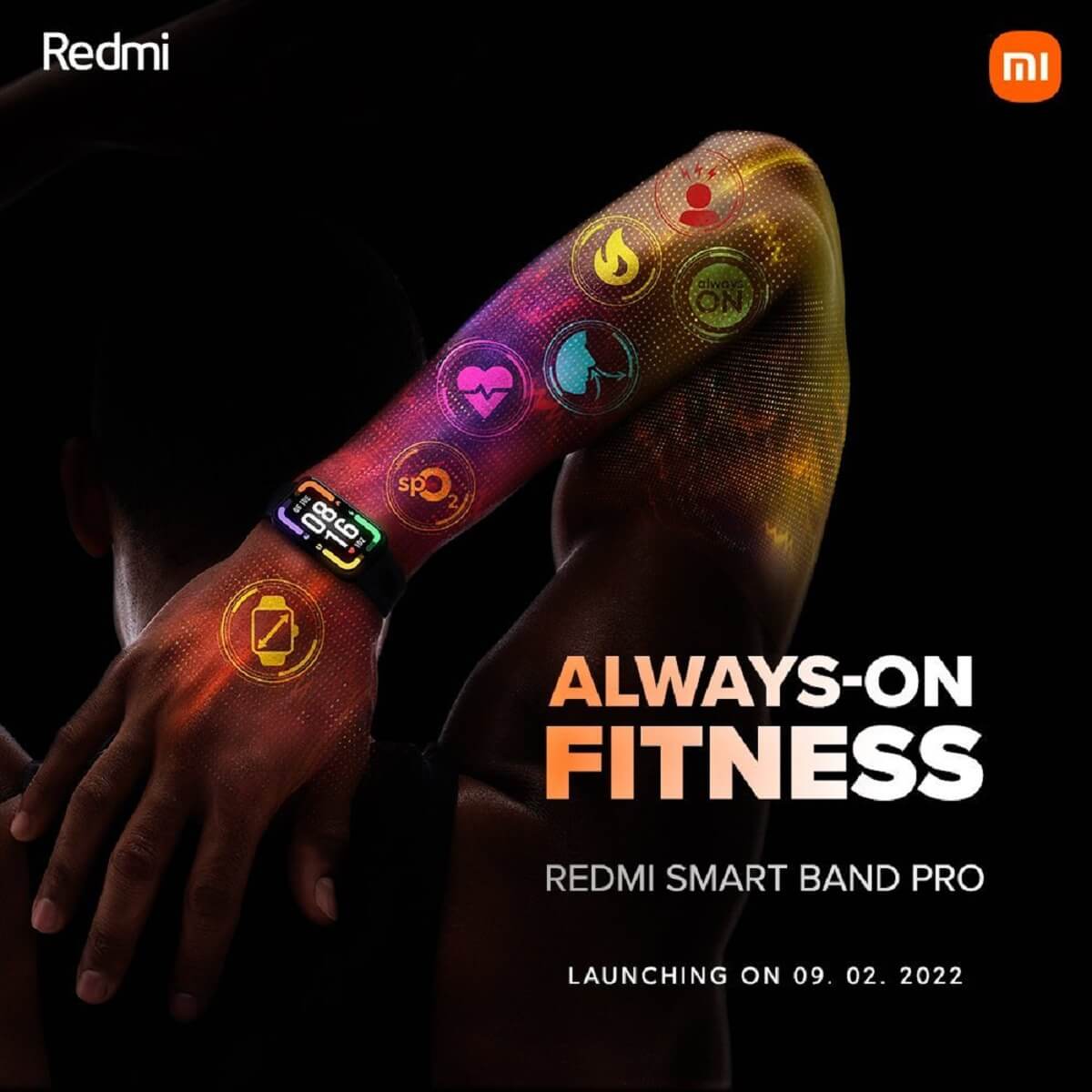 Even before the launch, the price of Redmi Smart Band Pro has been leaked. It will be launched at the event on February 9. It has more than 50 watchfaces and more than 110 fitness modes.

Redmi Smart Band Pro will soon be launched at Xiaomi’s upcoming event. The launch of the Redmi Note 11 Series will be on February 9. On the same day, Redmi will also launch its new wearable Redmi Smart Band Pro. The price of the product has been leaked online even before its launch. Many unique features have been given in this smart band launched in India. It is a fitness band, but its design is similar to that of a smartwatch.

Talking about the features of the Redmi Smart Band Pro, it has a 1.47-inch AMOLED touch screen display, which has a resolution of 194×368 pixels. 200mAh battery has been given in this smart band of Redmi. It gives a backup of up to 14 days. Battery life is up to 20 days in power saving mode. It has a brightness of 450 nits and 282ppi pixel density. The device supports a 100% NTSC color gamut.

It has more than 50 watch faces. All these watch faces come preloaded with the device. The device has been given a 5ATM water resistant rating to prevent water damage. Coming in black color, this fitness band is equipped with 2.5D tempered glass. At the same time, in this, you get the support of Bluetooth 5.0 for connectivity. When connected to a smartphone, features like Music Control, Notifications, Find My Phone, Idle Alert can be used in it.

According to a report, the Redmi Smart Band Pro price as seen on a retail box is Rs. 5,999. However, it is expected to be available for purchase at a lower price point initially. The report claims that as a part of an introductory offer, the wearable’s price could be Rs. 2,999 in India. Furthermore, it is reported that following its first sale, the smart band could be available for a slightly higher price as compared to the introductory offer. Recently, a report by Xiaomi Central claimed that the launch price of the Redmi Smart Band Pro will be either Rs. 3,999 or Rs. 4,499.

As mentioned, Redmi will launch Redmi Smart Band Pro alongside Redmi Note 11S and Redmi Note 11 in India on February 9.

Airtel will spend 1.17 lakh crore in 5 years on various businesses with subsidiaries