Redmi Note 10 to come with a 108MP camera and more 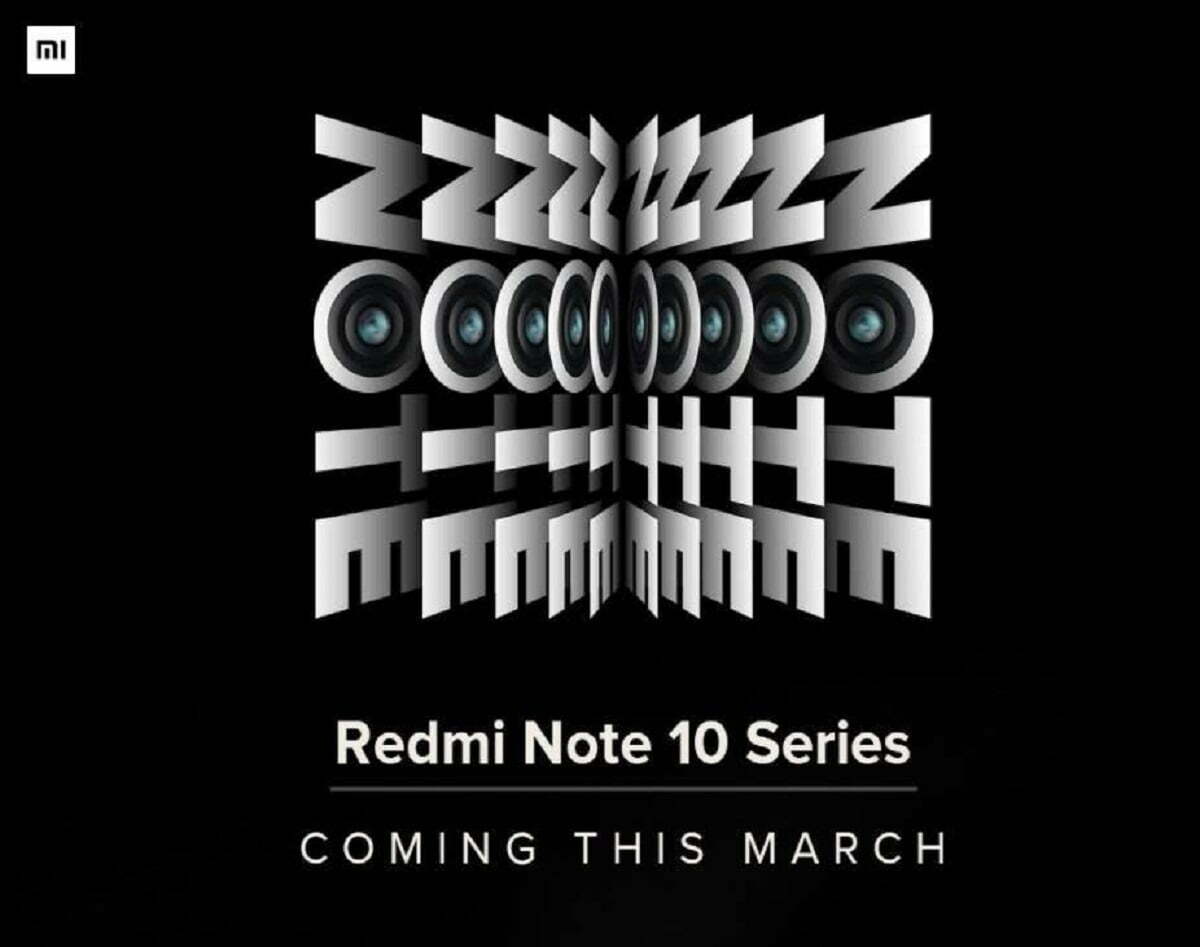 Will get 108MP camera sensor

Manu Kumar Jain took to Twitter to confirm that the device will come with a 120Hz display. He tweeted, “#RedmiNote10 series will pack the BEST display ever.” He said that it would come with the “smoothest #120Hz and “brightest display ever”. Jain had also confirmed that the Note 10 series would arrive with a 108MP primary sensor. The Redmi Note 10 series is also expected to feature a punch-hole setup on the top.

However, not all the models under the Note 10 scores would feature a 108-megapixel sensor, only the high-end models which could be the Note 10 Pro, Note 10 Pro Max would most likely come with the 108 primary sensors accompanied by other sensors. So far we have only seen the flagship devices including the Samsung Galaxy S21 Ultra and Xiaomi Mi 10 Pro with 108-megapixel primary sensors.

The Note 10 Series will be officially launched on 4 March. Three smartphones will be introduced in this series and they will be exclusively available on e-commerce Amazon India. For this, a micro-site has also been released on Amazon India where information about the launch date of the phone as well as some features is also available.

Apart from the camera specs and display, Xiaomi has not shared anything about the processor or RAM. However, several previous leaks had suggested that the Note 10 models will be powered by Snapdragon 720G, 765G chipsets and the high-end model could feature the latest Snapdragon 768G processor. In terms of RAM, the Note 10 series could get 6GB RAM, 128GB internal storage. Xiaomi could also release higher RAM models. The Note 10 is speculated to house a 5,050mAh battery with support for fast charging.

According to the leaks and teasers that have so far surfaced about the Note 10 series, it can be offered on the Qualcomm Snapdragon 700 series. In all three smartphones of this series, users can get a large capacity battery with fast charging support. Apart from this, the company has already confirmed that the front panel of the Note 10 series will be coated with Corning Gorilla Glass for protection. The series will be IP52 certified, which makes it dustproof.