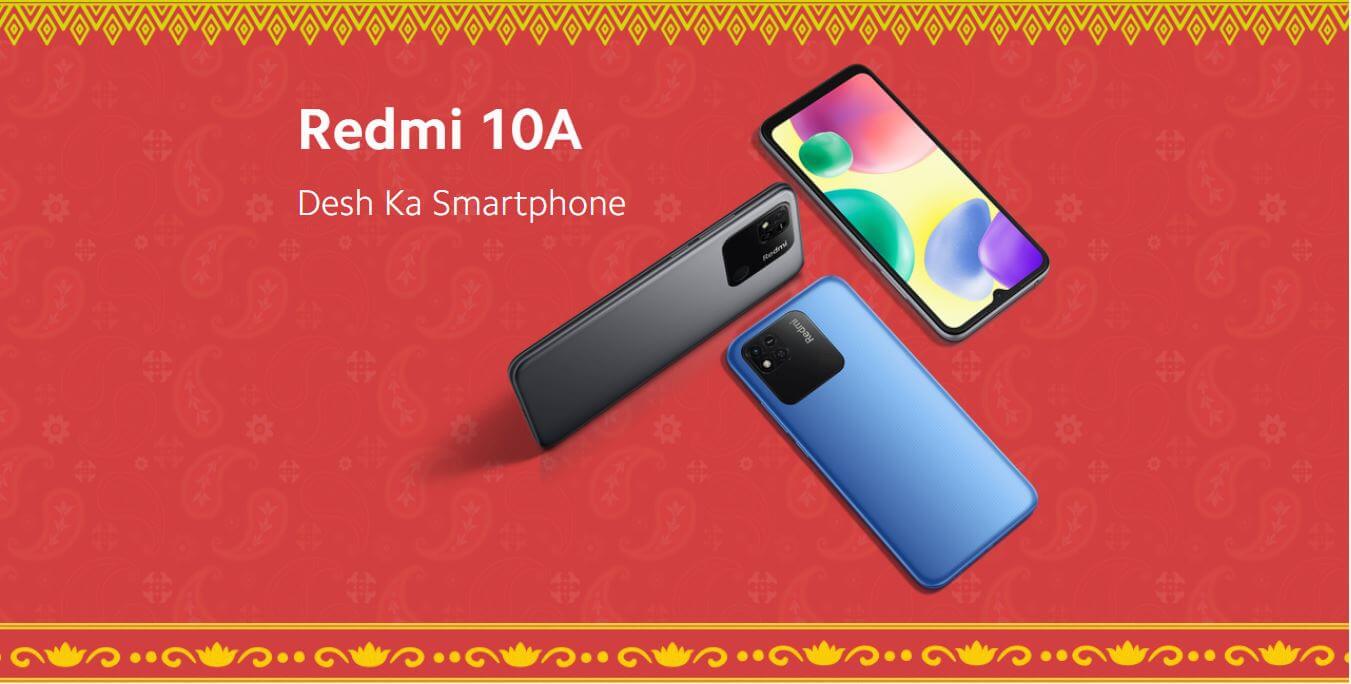 Redmi 10A smartphone has been launched in India. It is a budget smartphone as its starting price is less than Rs 10000. This phone has MediaTek Helio G25 processor, 13MP camera and 5000mAh battery.

Redmi has launched its new smartphone Redmi 10A in India. This smartphone has been launched on April 20. This is a budget friendly smartphone. Before the launch, this phone was also teased on the website of Amazon India. Let us know that the tagline of Redmi 10A is #DeshKaSmartphone.

Redmi 10A Price in India

Redmi 10A price in India starts at Rs. 8,499 for the 3GB RAM + 32GB storage variant. The phone also comes in a 4GB + 64GB version that is priced at Rs. 9,499. The Redmi 10A will be available for purchase in the country through Amazon, Mi.com, Mi Home stores, and Xiaomi’s retail partners from April 26 at 12 noon. It is sold in Charcoal Black, Sea Blue, and Slate Grey, and Xiaomi claims the textured rear panel will remain smudge-free.

Redmi 10A flaunts a 6.53-inch HD+ LCD display with 720×1600 pixel resolution and waterdrop notch design. The smartphone comes with MediaTek Helio G25 processor, with PowerVR8320 GPU and up to 4GB of RAM and 64GB of internal storage. Get. The internal storage of the phone can be expanded up to 512GB with the help of microSD card. The smartphone works on Android 11 based MIUI 12.5. This phone also gets a 5,000mAh battery with 10W charging support.

For connectivity, the Redmi 10A gets 3.5mm audio jack, 4G LTE, Wi-Fi, Bluetooth 5.0, a micro USB port and GPS. Apart from this, a rear-mounted fingerprint sensor has also been given in the phone. The dimensions of this phone are 164.9×77.07mm, thickness 9mm and weight 194 grams.

On the other hand, if we talk about the camera, then a 13MP camera with LED flash has been given on the rear panel of this Redmi 10A. At the same time, the phone also includes a 5-megapixel shooter on the front for selfies and video calls.

The Redmi 10A comes with up to 64GB of storage, and supports expansion using a microSD card (up to 512MB) thanks to a dedicated slot. Connectivity options include 4G LTE, Wi-Fi 802.11 b/g/n, Bluetooth 5, and GPS/ A-GPS. This phone has a Micro-USB port as well as a 3.5mm headphone jack. The phone also has a fingerprint sensor at the back.