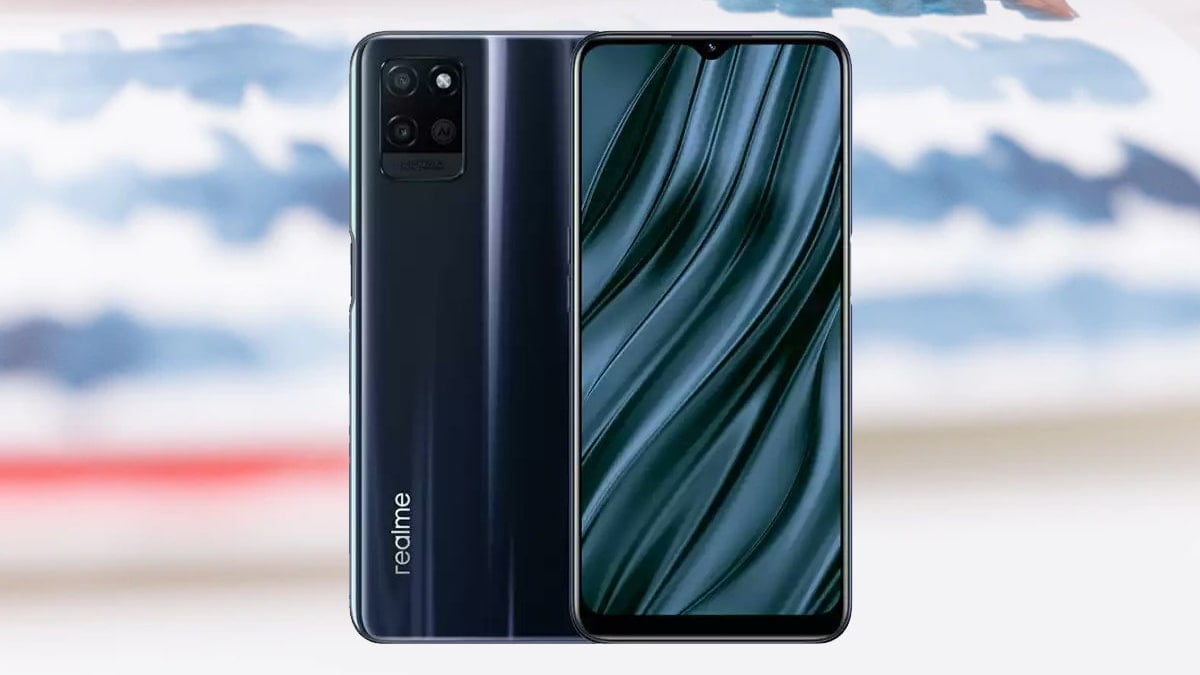 Realme X7 Max 5G was set to launch in India on May 4 but due to the COVID-19 crises in India, the virtual event was postponed.

There is a discussion about the launch of Realme’s upcoming smartphone Realme X7 Max. There have been many reports of this leading smartphone. Now the picture of the retail box of this device has been leaked, due to which some specifications have been reported.

An online report shared a picture on its official Twitter account, in which the retail box of Realme X7 Max can be seen. According to the information available on this box, Realme X7 Max will come with 5G connectivity and MediaTek Dimensity 1200 processor. Also, it will get a 120 Hz Super AMOLED display. Apart from this, not much information has been received.

In terms of optics, the Realme X7 Max could feature a triple rear camera setup that includes a 64-megapixel Sony IMX682 primary sensor, an 8-megapixel sensor with an ultra-wide angle lens, and a 2-megapixel macro shooter. At the front, there could be a 16-megapixel sensor housed in a hole-punch cutout. Realme X7 Max may come with an in-display fingerprint scanner and a 4,500mAh battery that supports 65W fast charging.

Reality has not given any information about the launch, price and specification of the X7 Max. But according to media reports, it will be launched in late May. It can be priced between 25,000 and 30,000 rupees.

Having said this, the company launched the Realme X7 smartphone in September last year. The starting price of Realme X7 is 1,799 Chinese yuan (about 19,000 rupees). The Realme X7 smartphone has a 6.4-inch FHD Plus Super AMOLED display, which has a refresh rate of 120Hz. This smartphone has a MediaTek Dimensity 800U processor. Apart from this, users will get a quad-camera setup in this smartphone, which has 64MP primary sensor, 8MP ultra-wide sensor, 2MP macro lens, and 2MP sensor. Also, a 32MP selfie camera has been given in front of this phone.

The company has provided features like Dual SIM, 5G, Bluetooth version 5.1, NFC, GPS, Wi-Fi, GPS and USB port Type-C for connectivity in Realme X7 smartphone. Apart from this, this smartphone has got a 4,300mAh battery.