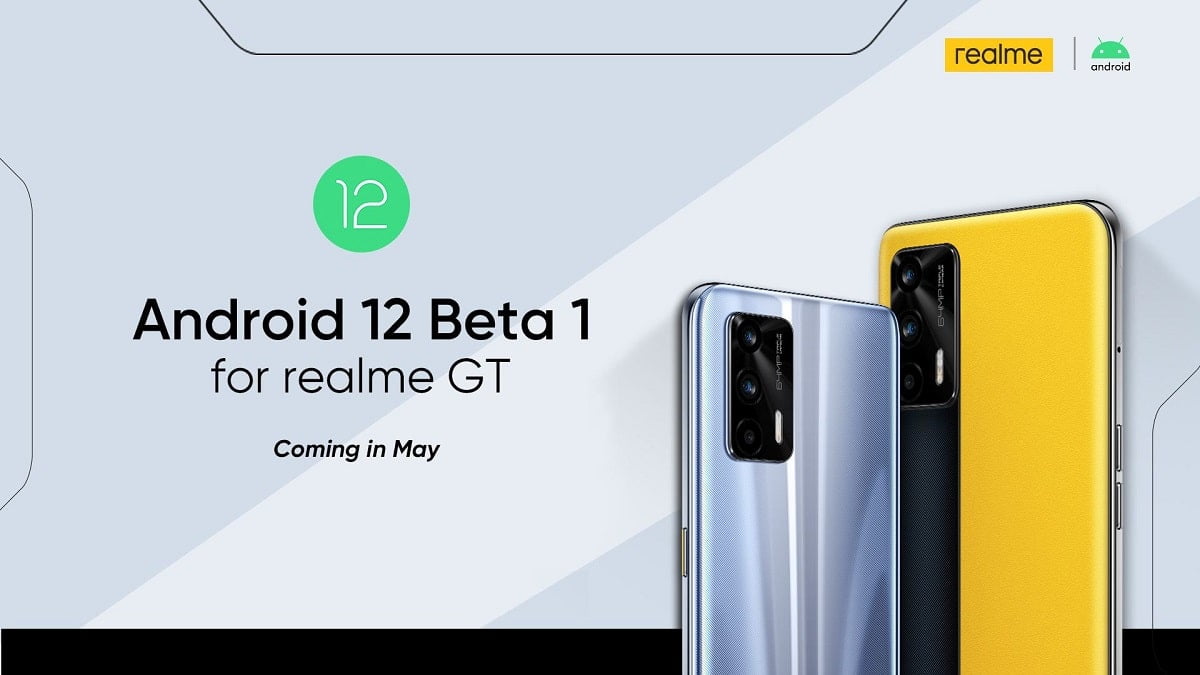 Realme said that it will launch the Realme GT globally soon, and users can experience Android 12 Beta 1 right after its launch.

Smartphone brand Realme has recently officially announced Android 12 beta-1. Realme GT smartphone will be supported with Android 12 Beta-1 this month. Realme GT will be one of the first select devices with Android 12 Beta 1 support. Last year, the first support of Android 11 Beta 1 has been given in the Realme X50 Pro smartphone. Realme has announced its Realme UI 2.0 based on Android 11 Beta 1 based on user feedback in association with Google. Realme will get feedback from users before launching the new Reality UI 3.0 later this year.

The company announced that Realme GT will get access to Android 12 Beta 1 in China this month under Google’s Developer Preview Program. The initial builds will come skinned with Realme UI 2.0, however, the company is currently working on its Realme UI 3.0 skin, which will come with later Android 12 Beta builds. Also Read – Realme GT Neo Flash Edition to launch ahead of Realme X7 Max India launch

Realme GT sports 6.43-inch full HD+ AMOLED display with a 120Hz refresh rate. It is powered by the Qualcomm Snapdragon 888 SoC paired with the Adreno 660 GPU. The device comes with up to 12GB of RAM along with up to 256GB of internal storage. It runs Google‘s Android 11 operating system with the company’s own Realme UI 2.0 skin on top. All of this is backed by a 4,500mAh battery with support for 65W fast charging.

the device features a triple camera setup on the back consisting of a 64-megapixel primary sensor paired with an 8-megapixel wide-angle lens and a 2-megapixel macro lens. On the front, it features a 16-megapixel sensor for taking selfies.

The Android 12 operating system is capable of connecting IoT devices. Users will be able to connect their car to the phone through Android Auto and Digital Car Key and unlock it through NFC.

Chromebook users will get a new feature in the Android 12 operating system. Through this feature, users will be able to unlock Chromebook via mobile. With this, users will get information about their phone in Chromebook. Apart from this, Google is also working on a TV app, which will completely replace Android TV. However, not much has been known about this app.

Android 12 Public Beta Version Is Here: All You Need to Know

Google Project Starline: Can Transform the Future of Video Conferencing