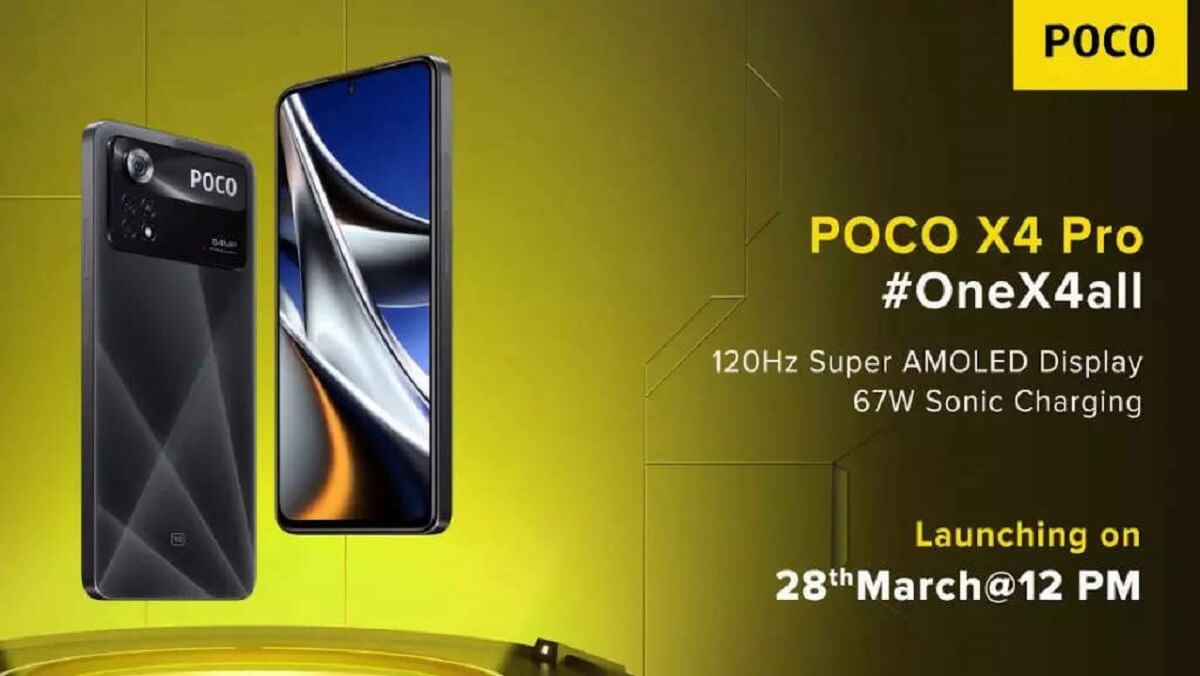 Poco’s new smartphone Poco X4 Pro 5G is ready to knock in India. The phone will be launched in India soon. But before the launch, the details of the phone have been leaked. According to the leaks, the phone will be offered with 64MP main camera sensor.

There will be a triple camera sensor on the rear panel of POCO X4 Pro 5G. Its primary camera will be 64MP. Apart from this, 8MP ultra-wide lens and 2MP macro lens will be available. A 16MP selfie lens has been given in the front. Side-mounted fingerprint sensor support will be provided in POCO X4 Pro 5G.

At the heart of the POCO X4 Pro is a 5,000mAh battery with 67W fast charging support. As a connectivity feature, the phone includes 5G, dual-band Wi-Fi, Bluetooth 5.0 and USB Type-C port. Additionally, it will get an IR blaster, a 3.5mm audio jack and dual stereo speakers.

The first difference between the Indian model and that which is shipped globally is the rear camera. While the global Poco X4 Pro 5G which is distributed internationally has a 108 MP primary camera, in India the smartphone will come with 64 MP sensor. The brand is likely to share more details in the coming weeks, however, the secondary camera (8MP) and tertiary (2MP macro) one is reported to remain the same as it is for the global model.

Government Planning for Local Testing And Certification All 5G Smartphone

Why Data Regulation is Important in the Digital World