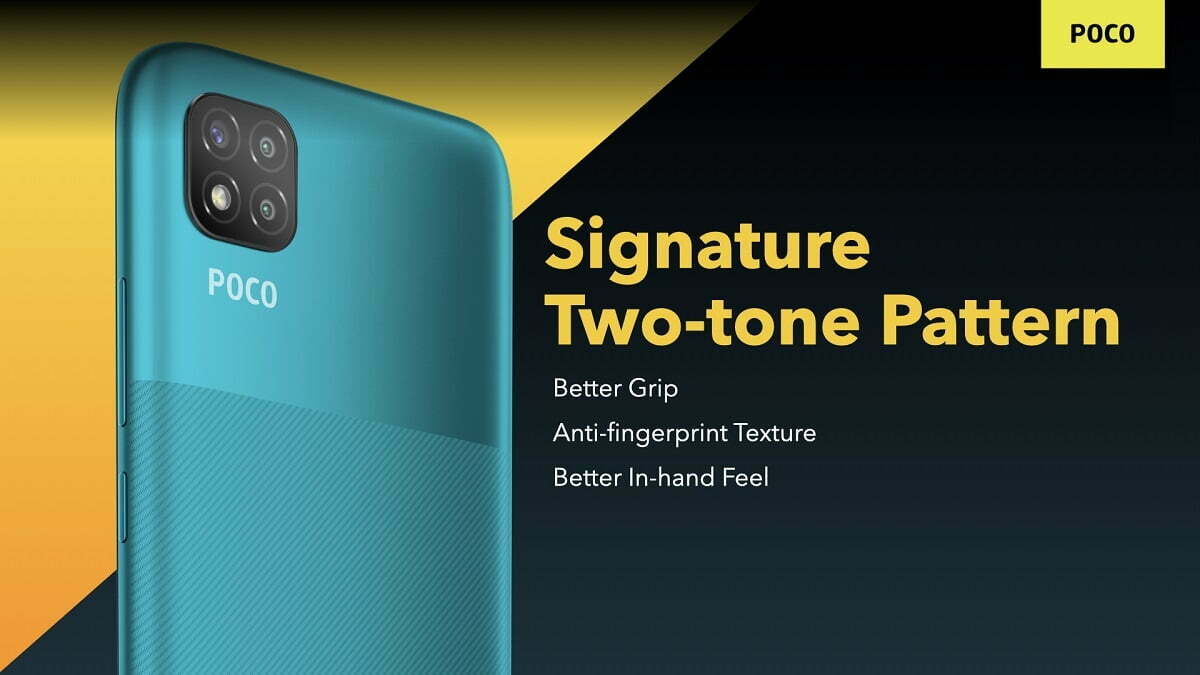 Poco has launched its budget range smartphone Poco C3 in the Indian market. This smartphone uses a 5000mAh strong battery and MediaTek processor. In this, you will get quad rear camera setup for photography.

Tech company POCO has launched the Poco C3 smartphone in India keeping in mind the customers of the budget range. The latest smartphone costs less than Rs 10,000. Talking about the features, Poco C3 has a 5,000mAh battery and MediaTek processor. Apart from this, this device has got a total of four cameras support. So let’s know in detail about the specification and price of Poco C3.

In terms of connectivity, features like 3.5mm headphone jack, 4G LTE, Wi-Fi, Bluetooth, and Micro-USB port have been given in the Poco C3 smartphone. Apart from this, a 5,000mAh battery is provided in this device, which supports a 10W fast charging feature. At the same time, this phone has got a P2i rating. This means that this phone is splash resistant.

The Poco C3 smartphone is available in the Indian market with 3GB RAM + 32GB storage and 4GB RAM + 64GB storage variants. The 3GB RAM variant of this phone costs Rs 7,499 and the 4GB RAM variant costs Rs 8,999. This smartphone can be purchased in Arctic Blue, Lime Green, and Matte Black color options. At the same time, the sale of this device will begin on October 16 on the e-commerce site Flipkart.

Having said this, the company launched Poco M2 smartphone in the last month i.e. September. The starting price of this smartphone is Rs 10,999. Talking about the feature, the Poco M2 smartphone will get a 6.53-inch Full HD Plus display. Corning Gorilla Glass 3 has been used in Poco M2 for screen protection. The phone has used the MediaTek Helio G80 processor. The same graphics used the ARM Mali-G52 GPU, which is considered much better in terms of gaming.

Kvod camera setup is provided in Poco M2. Its primary camera is 13MP, while the other camera is 8MP wide angle camera, 2MP depth sensor. The same 5MP micro camera has been given for micro photography. For the same selfie, 8MP AI selfie camera has been given in the front. The phone has a 5000mAh battery for powerbackup. According to the company, the phone can be used for 2 days with this battery pack. The phone has 18W fast charging support. Talking about connectivity, Poco M2 comes with Bluetooth 5.0, dual microphone, 3.5mm headphone jack, ultra liner speaker.