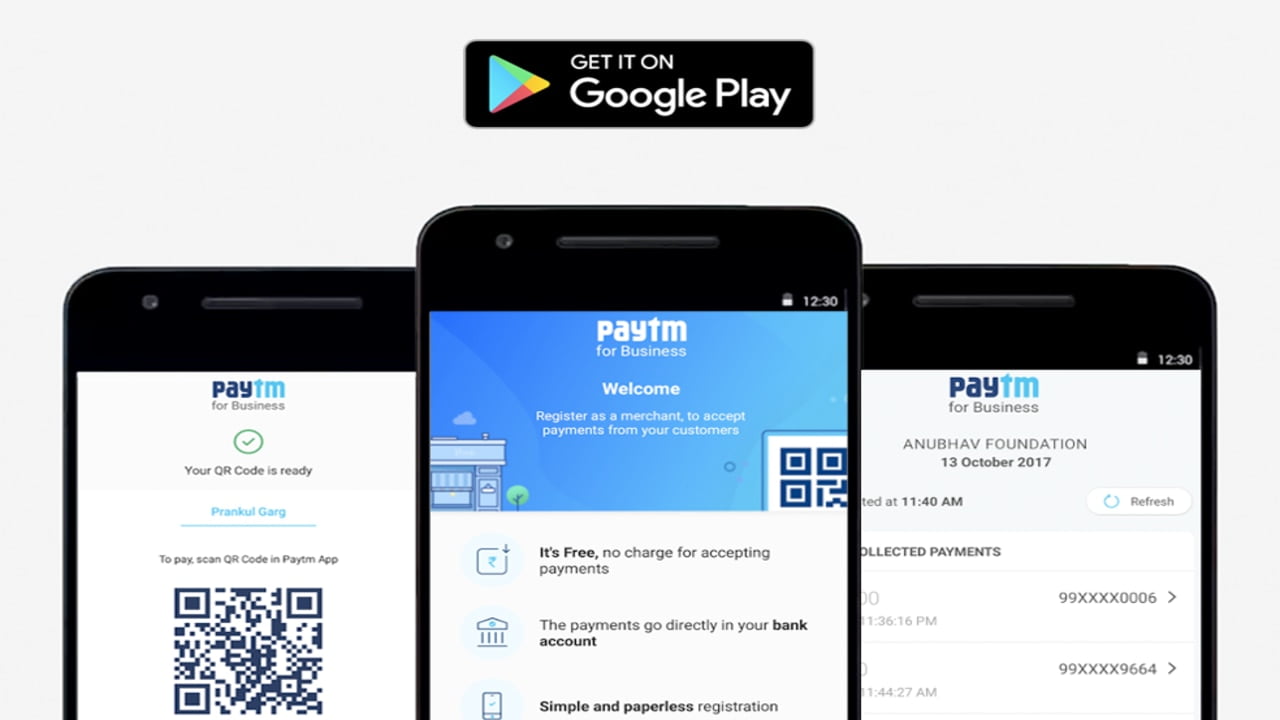 About 4 hours after its removal from Google Play Store, Paytm is again available on the Play Store and now users can download this app.

Digital payment app Paytm was removed from the Google Play Store today for violating the rules. After which the users were very disappointed. But there is good news for users that this app has made a comeback on the Google Play Store. Now Android users can download Paytm comfortably. The company has shared this information through its Twitter account.

Paytm, sharing information through its Twitter account has told that Paytm is back on the Google Play Store. Explain that earlier, the company had given information on Twitter that Paytm is not available for download for some time and also assured the users to return soon.

Assurance given to users

After being removed from the Google Play Store, Paytm said that we should return soon and your amount is completely safe. You can easily use Paytm. Explain that this app was removed from the Android platform only, while it was available for download on the Play Store.

This was the reason for removal from the Play Store

Google has pulled the popular Indian financial services app Paytm from the Play Store for violating its gambling policies. Paytm is India’s most valuable startup and claims over 50 million monthly active users. Its marquee app, which competes with Google Pay in India, disappeared from the Play Store in the country earlier Friday.

Google said that the Play Store prohibits online casinos and other unregulated gambling apps that facilitate sports betting in India. Paytm, which has promoted a fantasy sports service within its marquee app, repeatedly violated Play Store’s policies, two people familiar with the matter told TechCrunch. Paytm’s fantasy sports service, called Paytm First Games, was also available as a standalone app, which has been pulled from the Play Store, too.

The Android-maker, which maintains similar guidelines around gambling in most other markets, additionally noted that if an app leads consumers to an external website that allows them to participate in paid tournaments to win real money or cash prizes it will also be deemed in violation of its Play Store policies.

In an email Google sent to many firms in India, the company asked developers to pause all advertising campaigns in their apps to drive users to websites that offer installation files of sports betting apps.

Previous seasons of IPL, which last for nearly two months and attract the attention of hundreds of millions of Indians, have seen a surge in apps that look to promote or participate in sports betting. While sports betting is banned in India, fantasy sports, where users select their favorite players and win if their preferred teams or players play well, is not illegal in most Indian states.

A person familiar with the matter told TechCrunch that Google has also asked Disney+ Hotstar, one of the most popular on-demand video streaming services in India, to display a warning before running ads about fantasy sports apps. “We have these policies to protect users from potential harm. When an app violates these policies, we notify the developer of the violation and remove the app from Google Play until the developer brings the app into compliance,” wrote Suzanne Frey, vice president, Product, Android Security and Privacy, in a blog post.

“And in the case where there are repeated policy violations, we may take more serious action which may include terminating Google Play Developer accounts. Our policies are applied and enforced on all developers consistently,” she added.

Apple to launch an online store in India on September 23