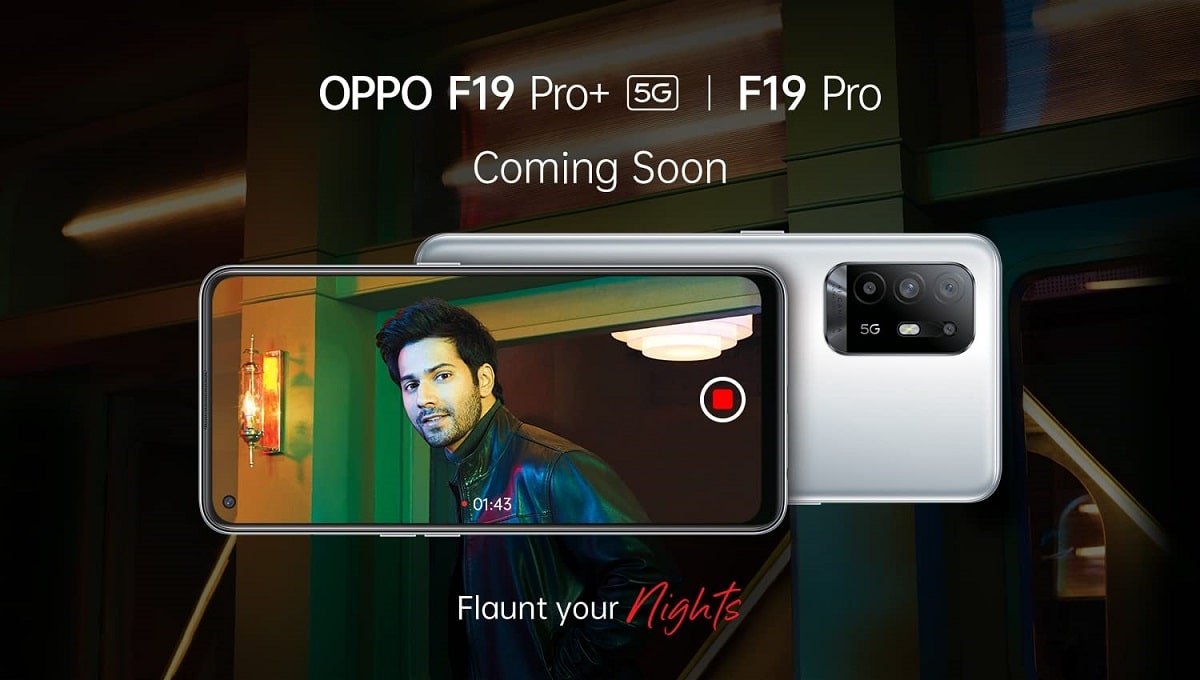 It has been clear from the listing on Amazon that OPPO F19 Pro and OPPO F19 Pro+ 5G smartphones are going to knock in India soon. Powerful MediaTek Dimensity 800U processor and 64MP camera can be given in these smartphones.

In the listing on Amazon India, OPPO F19 Pro and OPPO F19 Pro + 5G are being promoted with the tagline “Flaunt the nights”. A photo of the front panel of the phone has also been shared in the poster. Which has a punch-hole display for the selfie camera. However, no other features of the phone have been revealed. For this, users may have to wait a little longer.

An online report also shared some of the key specifications and estimated pricing for the F19 Pro+ 5G and Oppo F19 Pro. Starting with the Oppo F19 Pro+ 5G, the tipster claims it will be priced around Rs. 25,000 for the 8GB + 128GB variant. In terms of specifications, the phone may feature a 6.4-inch AMOLED display and be powered by the MediaTek Dimensity 800U SoC.

It could come with a triple rear camera setup that includes a 64-megapixel primary sensor, an 8-megapixel sensor with an ultra-wide-angle lens, and a 2-megapixel depth sensor. On the front, the F19 Pro+ is said to come with a 32-megapixel selfie shooter. The tipster says the phone will feature an in-display fingerprint scanner and a 4,500mAh battery that supports 30W fast charging.

For the F19 Pro, the tipster said it will be priced around Rs. 20,000 for the 6GB + 128GB variant. The phone is said to come with the same sized display as the Pro+ variant and carry the MediaTek Helio P95 SoC. For optics, the F19 Pro may feature a quad rear camera setup that includes a 48-megapixel primary sensor, an 8-megapixel sensor with an ultra-wide-angle lens, a 2-megapixel depth sensor, and a 2-megapixel macro shooter. On the front, the phone could come with a 16-megapixel selfie shooter.

There may be an in-display fingerprint scanner on the F19 Pro as well and it may be backed by a 4,310mAh battery. The phone is also said to support 30W fast charging. It should be noted that Oppo has not shared any specifications or pricing for the two phones and more details should be revealed in the coming days.

Spectrum Auction: Day 1 Bid Received Worth 77,146 Crores: All You Should Know