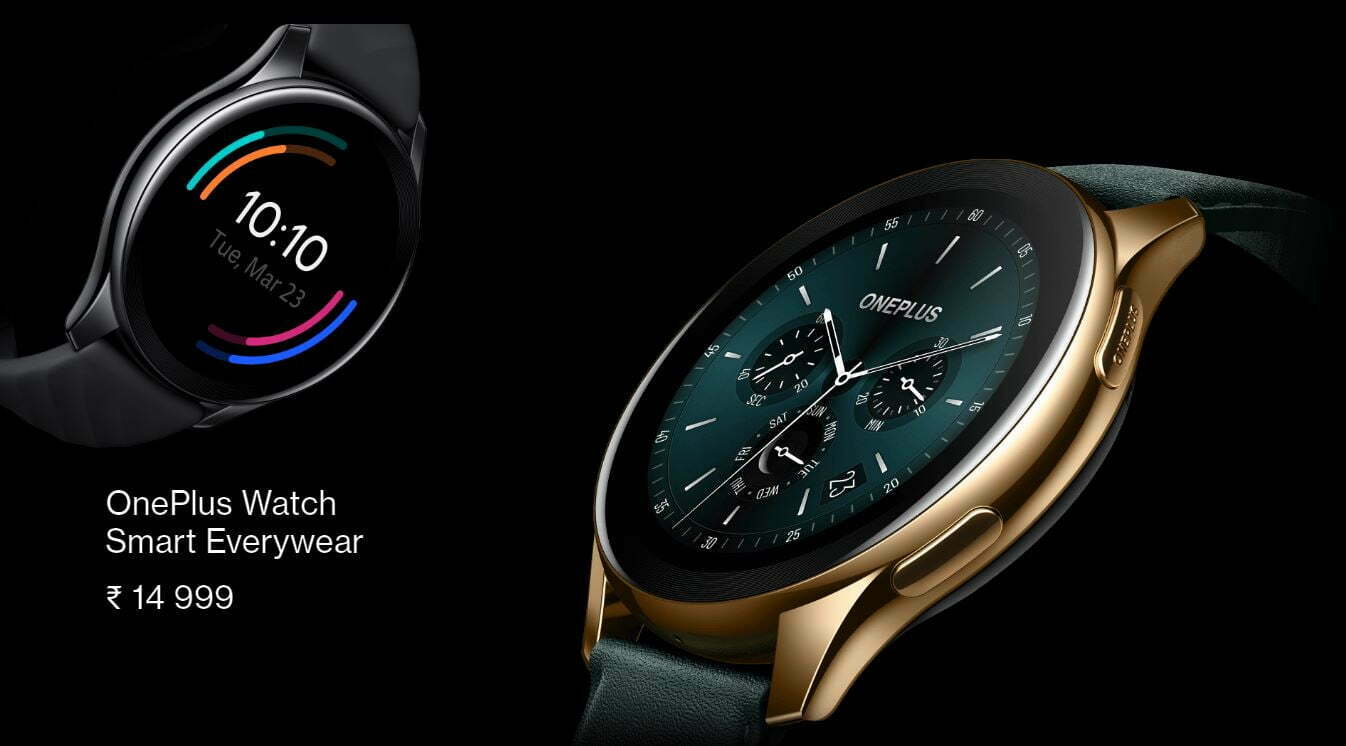 In OnePlus Watch, users will get more than 110 workout modes. This device can provide long battery life on a single charge. Apart from this, users can use many special features including hands-free calling with it.

OnePlus Watch made its debut on March 23 at a virtual launch event alongside the company’s latest flagship – The onePlus 9 series. Announced to be priced at Rs. 16,999, the company’s first smartwatch is currently listed at an introductory price of Rs. 14,999 on the official OnePlus India website ahead of its availability in April. Customers can also avail of an additional discount of Rs. 2,000 on specific credit cards. Marked by a circular display, the OnePlus Watch offers a seamless connection with other OnePlus devices, smart fitness tracking, and long battery life.

Disclosing the Indian of OnePlus Watch, the company has announced that this device will be available in India for Rs 16,999. But with the price of Rs 14,999 on the Indian website, the listed users will be able to buy it in black and white two color variants. However, its availability has not yet been revealed.

Additionally, customers can avail an extra discount of Rs. 2,000 upon using SBI Card credit cards and EMI transactions till April 30. OnePlus Watch will be available across online and offline stores starting in April.

Talking about the design of the OnePlus Watch, there are two buttons in its side panel. This smartwatch comes in a circular dial and has a size of 46mm. It has a 1.9-inch AMOLED display. In which users will get more than 50 watch faces. Whom he can change as per his choice. Like we mentioned before, it has a host of sensors that can track your sleep, Blood-Oxygen level, Heart-rate, location, Air-pressure and more. It brings support for more than 110+ workout modes, including activities like walking, jogging, running, marathon, outdoor cycling, indoor cycling, freestyle training, swimming, badminton, and more.

Talking about the most special feature of OnePlus Watch, users can connect it to OnePlus TV. After which the volume of OnePlus TV can be reduced or increased with the help of a smartwatch. If you have fallen asleep watching TV, then OnePlus Watch will automatically turn off the TV. But the company has also clarified that this feature will be available only in select TV models. The company claims that OnePlus Watch can provide two weeks of battery life on a single charge and it comes with Warp Charge support.

The OnePlus Watch features a 46mm hand-polished dial that holds a 1.3-inch curved OLED display. This design on the fresh OnePlus Watch is reminiscent of the Samsung Galaxy Watch Active 2 that was launched back in 2019.

The OnePlus Watch is powered by an STM32 chipset coupled with 1GB of RAM and 4GB of onboard storage. Out of which, only 2GB is available for actual use. The smartwatch also gives you the option to store music which is limited to 500 songs. The wearable also doubles up as a remote for your OnePlus TV. Through which you can control music, navigate within the UI, and more. Interestingly, it detects if the user is sleeping and turns off the TV after 30 mins.

OnePlus has used a 402mAh battery to provide it with the necessary juice. OnePlus claims that this battery can last for two weeks on a single charge for a normal user. Whereas for a power user, it will last for a week at least. OnePlus uses a Real-Time Operation System (RTOS) from what we saw during the launch of the software. The interface looks simpler and more responsive than most Wear OS watches.

Besides this, it gets 5ATM and IP68 certification means the OnePlus watch can be used for swimming and more activities.