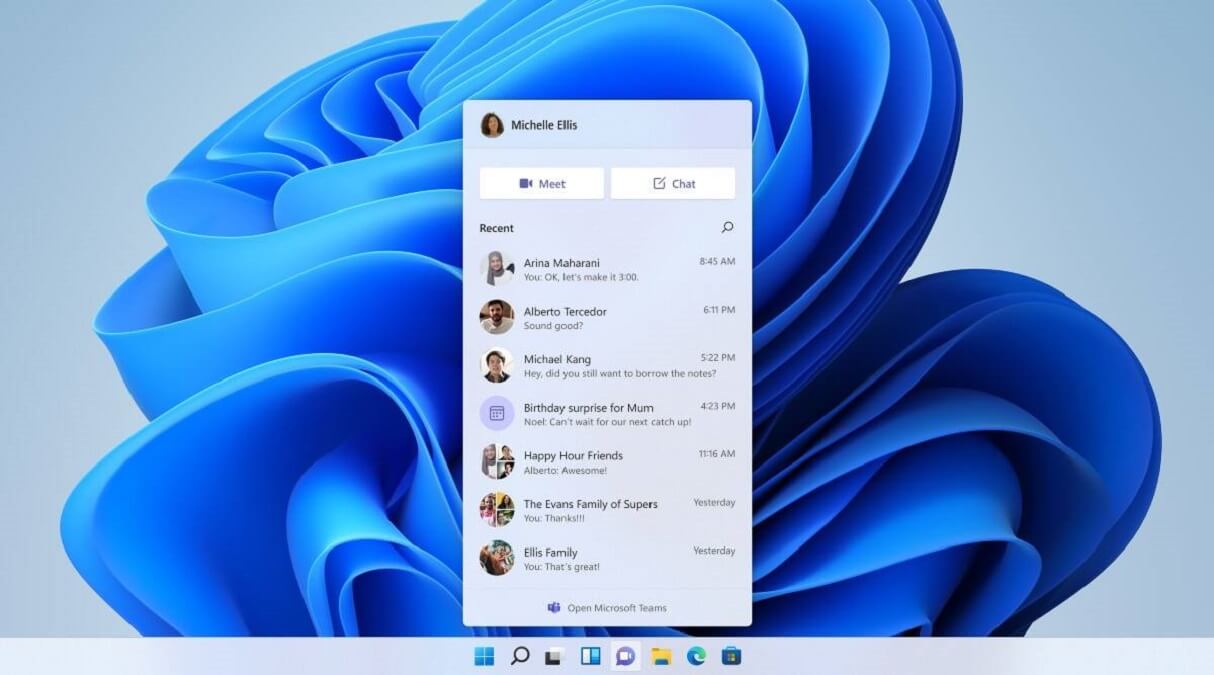 Microsoft has updated Teams Chat for download in its Windows 11 OS.

Microsoft announced its Windows 11 operating system (OS) at a special event last month. Introducing the successor to Windows 10, the company announced that it would integrate Teams Chats directly into Windows 11, allowing users to connect with their friends and family.

Microsoft said that the Teams Chat icon is available in the taskbar in Windows 11. Alternatively, Windows Insider users can access it using the WIN+C keyboard shortcut. Users who want a full window experience can click on “Open Microsoft Teams” from Chat Flyout or launch it directly from Start Menu or Search.

The company said that now users will be able to add contacts via the email address or phone number and they will be able to sync all their existing contacts automatically. Users who have previously used Skype or Outlook for personal communication with their Microsoft account will have the option to sync them to start using those contacts from day one. They will also be able to sync contacts from their smartphone by installing the Teams mobile app and turning on Contact Sync.