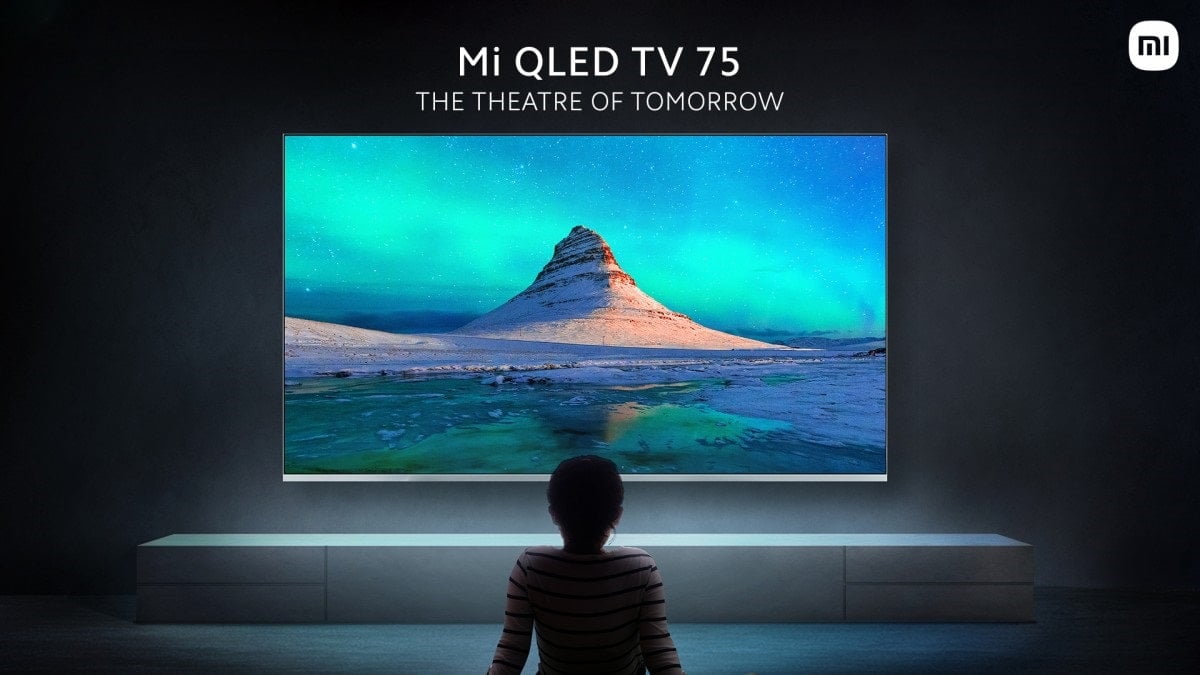 Earlier, 55-inch Mi QLED TV 4K was launched by Xiaomi in December last year. Its price is Rs 56999. In such a situation, what is special about the new 75 inch Mi Smart TV.

Xiaomi’s sub-brand Mi was known for its affordable smart TV launches in India. But recently Mi has launched the most expensive Mi QLED TV 75 inch smart TV. This is Mi QLED TV Ultra HD HDR Smart Android TV, priced at Rs 1,19,999. It will go on sale on 27 April. The smart TV will be available for sale on Flipkart, an e-commerce site with the company’s online store. Earlier, 55-inch Mi QLED TV 4K was launched by Xiaomi in December last year. It costs Rs 56,999. In such a situation, what is special about the new 75 inch Mi Smart TV.

Understand what is special in smart TV

The key specification of the Mi QLED TV 75 is, of course, its 75-inch QLED screen with a 97 percent screen-to-body ratio and a 120Hz peak refresh rate. There is high dynamic range support for various formats, including Dolby Vision, HDR10+, HDR10, and HLG. The television also has full-array local dimming technology, with 192 zones for more accurate LED dimming and better black levels.

For sound, the TV has a rated output of 30W through a six-driver system, with support for Dolby Audio and DTS-HD formats. The speaker system comprises of two tweeters, two full-range drivers, and two woofers. And with Xiaomi saying that the speaker cavity is considerably larger on the Mi QLED TV 75 than on other televisions, it is designed to offer louder and better sound.

The Mi QLED TV 75 runs on Android TV 10 with access to both the stock Android TV user interface as well as Xiaomi’s PatchWall user interface. Customers can choose to use either, with both relying on the Google Play store for Android TV to download various popular apps and games such as Netflix, YouTube, Amazon Prime Video, and Disney+ Hotstar. Up to Ultra-HD streaming and all HDR formats are supported natively on the TV.

The TV is powered by a quad-core 64-bit A55 processor and has 2GB of RAM and 32GB of internal storage for apps and app data. There is built-in Chromecast, as well as access to Google Assistant through both the included remote and hands-free voice controls thanks to far-field microphones that can be switched on or off directly on the Mi QLED TV 75.

Furthermore, the new Mi TV will be certified as ‘Works With Alexa’ in the coming weeks through a software update, which will allow users to use Echo smart speakers to communicate with the TV. Other useful features and specifications on the Mi QLED TV 75 include HDMI 2.1 compatibility, ALLM (auto low-latency mode) for better performance with gaming consoles, and a single centre stand for easy table-mounted placement of the TV.

The television goes on sale on April 27, and will be available via the company’s own online store, as well as on Flipkart. The new 75-inch television follows the Mi QLED TV 4K (Review) 55-inch television, which was launched in India in December 2020 and is currently available for Rs. 56,999.