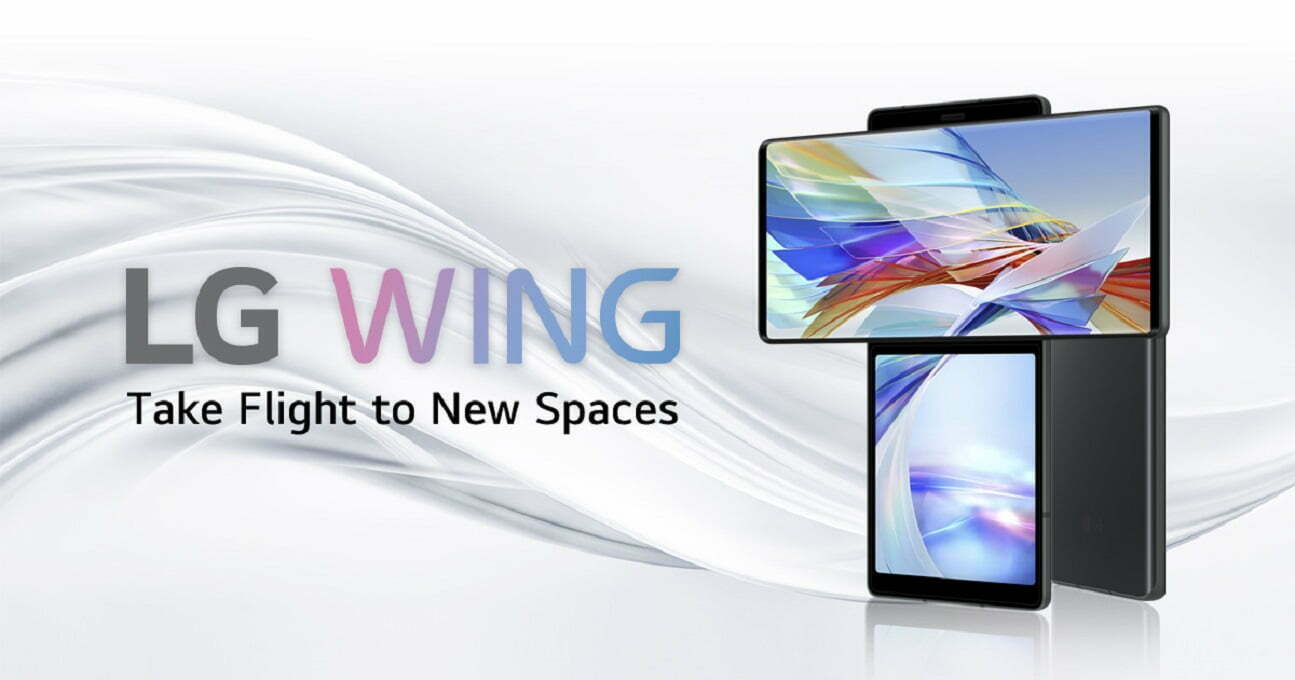 LG Wing smartphone has a rotating dual display and has a 64MP primary sensor for photography.

It has been discussed for a long time that LG is working on a smartphone with a unique and special display. At the same time, the company has officially launched its most awaited smartphone, LG Wing, stopping all the discussions and waiting for the users. This uniquely designed smartphone has been launched through a virtual event in South Korea. In this smartphone, users will get a dual-screen in T-shaped, which is a new history in itself. Because before today, a smartphone with such a dual-screen has not come in the market.

In LG Wing, users will get dual T-shaped, while till now only smartphone with folding dual-screen is present in the market. Including Motorola Razr and Samsung Galaxy Fold. But LG Wing’s display can be fully rotated and after that, it will be seen in T-shaped. However, the company has not yet revealed its price and availability. In South Korea, this smartphone will be made available in Aurora Gray and Sky Blue color variants. At present, there has been no disclosure about its launch in the international market.

The LG Wing features the hinge that uses a hydraulic damper along with dual spring and dual lock to enable the rotation of the main screen. LG claims that the hinge mechanism has been tested for as much as 200,000 swivels. Also, the company has applied thermoplastic polyoxymethylene at the back of the main screen. The material is often used in precision parts for high stiffness and low friction. It is touted to help prevent scratches on the second screen.

The new form factor brings Basic Mode and Swivel Mode as the two options to bring a differentiated user experience. In the Swivel Mode, the company says that the entire front of the phone rotates clockwise in 90 degrees and orients the main screen in landscape mode. This brings a wide-screen experience and allows users to interact with the second screen even while watching videos on the main screen.

The pre-installed Naver Whale browser is also optimized for the new form factor. Further, LG has tied up with platforms such as Rave and Fiction to utilize the second screen for displaying content while playing videos full screen on the main screen. Aside from the new video playback experiences, the LG Wing comes with a Multi App feature that lets users create shortcuts for pairs of apps that they want to use simultaneously on both main and second screens.

The smartphone also comes with a Grip Lock that once enabled, makes the second screen as a grip and brings information such as time and date, without responding to any accidental touches.

The presence of dual ultra-wide-angle lenses on the LG Wing powers a Gimbal Motion Camera feature that lets users control the camera angle using a virtual joystick on the second screen. The feature also comes with a lock to reduce shakes and blurring effects as well as a follow mode for optimising videos when moving, pan follow for horizontal movement. All this enables a real gimbal-like experience, the company said.

For capturing selfies and enabling video chats, the LG Wing comes with a 32-megapixel camera sensor on the pop-up module, along with an f/1.9 lens. The LG Wing comes in 128GB and 256GB of onboard storage options that both are expandable via microSD card (up to 2TB). Connectivity options include 5G, 4G LTE-A, Wi-Fi 802.11ac, Bluetooth v5.1, NFC, GPS/ A-GPS, and a USB Type-C port. There is an in-display fingerprint sensor. Further, the phone comes with IP54-rated water- and dust-resistant chassis. There is also a 3D Sound Engine.

The LG Wing price is yet to be revealed. However, the phone is set to debut in South Korea starting October, followed by key markets in North America and Europe. It will be offered in Aurora Gray and Illusion Sky color options. Moreover, there are no details on whether or when the phone would launch in India.

Poco X3 smartphone set to launch in India on September 22