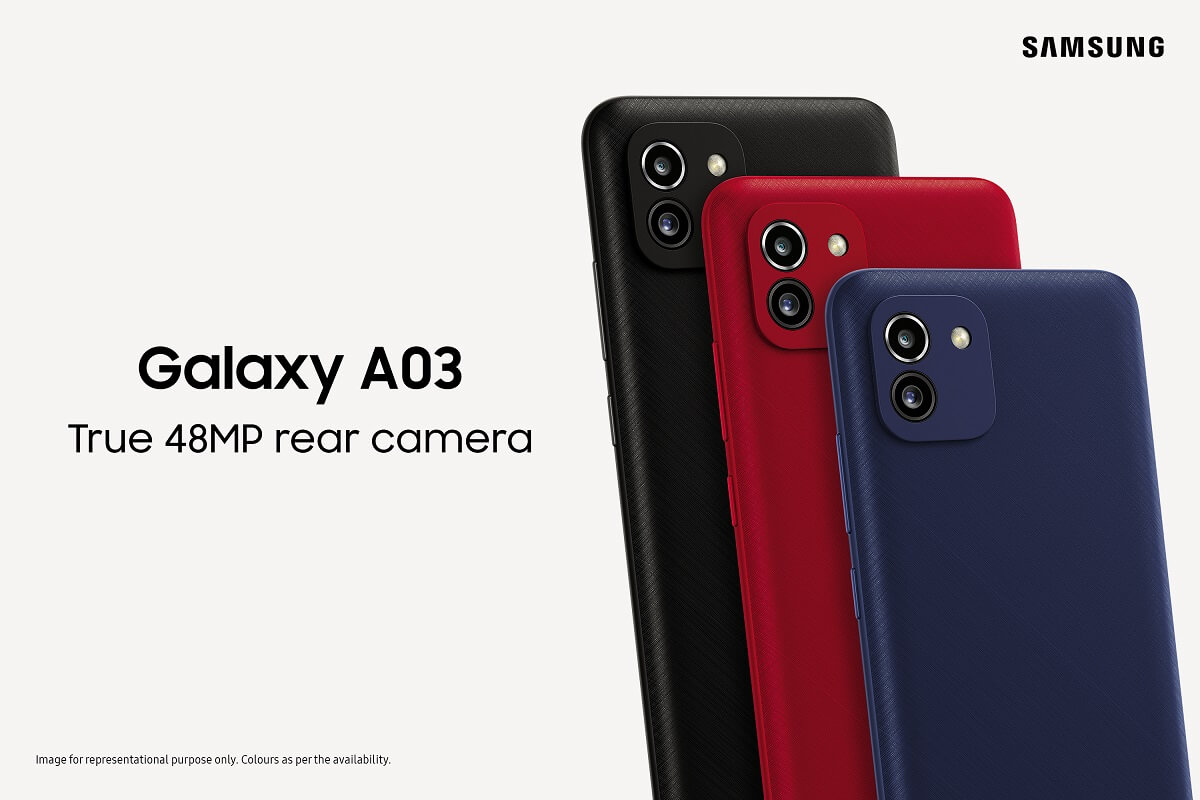 Galaxy A03 is the first smartphone of the Galaxy A series from Samsung this year. The phone has been introduced with a very low price and more features. Also, the phone will be available for sale with a special launch.

Samsung has launched its cheap Galaxy A03 smartphone in India. The phone has been introduced with a large 5000mAh battery and 48 megapixel dual camera setup. In India, Galaxy A03 will compete with Realme Narzo 30A and Infinix Hot 10S.

The Samsung Galaxy A03 smartphone has been introduced in three color options Black, Blue, and Red. The price of 3 GB RAM and 32 GB storage variant of Galaxy A03 smartphone is Rs 10,499. Whereas 4 GB RAM and 64 GB storage variant will come for Rs 11,999. The smartphone can be purchased from Samsung.com and leading online stores. The space of the phone can be increased up to 1 TB with the help of a micro SD card. Having said this, the A03 is the first smartphone to be launched in the year 2022 of the A-series.

Specifications of Samsung Galaxy A03 Smartphone

The smartphone comes with a True 48MP rear camera that lets you take high quality photos and videos of your special moments. The 2MP depth camera helps you click sharp portraits with Live Focus and get a natural blur effect in the background. The smartphone sports a 5MP front camera with Beauty Mode to make your social media ready in a click. The smartphone also has a ‘Smart Selfie Angle’ feature for clicking awesome group selfies by automatically switching to a wide angle when it detects multiple faces in the frame.

The A03 from Samsung Galaxy is equipped with a long-lasting 5000mAh battery, the smartphone provides enough power to last you a full day and lets you spend more time on your smartphone and less time charging your smartphone.

The smartphone supports Android 11 and One UI Core 3.1 to enable you to focus on what matters the most and helps you interact with your smartphone in a simple and efficient manner. Galaxy A03 comes with 32GB and 64GB internal storage and expandable memory up to 1TB.

Tips To Use Fast Broadband Plans