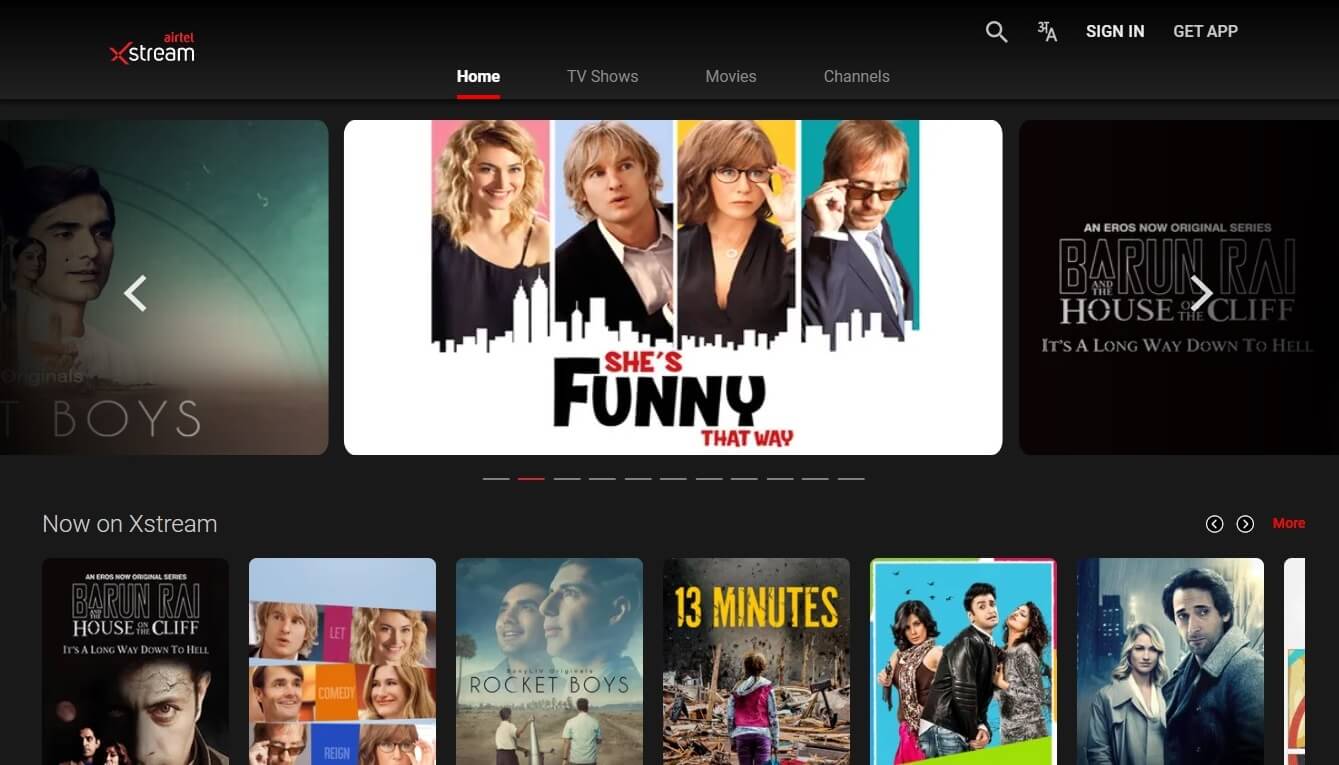 In an industry first, Airtel Xstream Premium to aggregate content from 15 leading Video Apps with a single login, single search and single subscription at an introductory price of Rs 149* per month only. This service is exclusively available to Airtel customers for viewing across all screens (TV, Smartphone, Tablets and PC)

Airtel Xstream Premium service can be enjoyed on TVs as well as mobile apps, tablets, and laptops. For this, users will be able to download the Airtel Xstream app by scanning a simple QR code. Also, the app will be available for download on the Google Play Store on TV. Apart from this, Airtel DTS Cable TV will also be able to enjoy Airtel Xtreme Premium.

According to Media Partners Asia, by 2025, India’s OTT subscription market is expected to grow to $2 billion from the current $500 million. This will be led by 3X growth in subscriptions to appx 165 mn. A large proportion of these new subscriptions will come from new users from tier 2/3 markets. A number of high quality content houses have launched their OTT apps to tap into this opportunity, but are facing pricing and distribution challenges.

For the customers today, dozens of OTT entertainment app options are available to choose from; which are offering them the latest content. However, customers end up managing multiple apps and subscriptions simultaneously.

Firstly, it aggregates content from 15 Indian and global video OTT’s in one app. Customers will get access to one of the largest catalogue of over 10,500 movies & shows plus LIVE channels from SonyLIV, ErosNow, Lionsgate Play, Hoichoi, ManoramaMax, Shemaroo, Ultra, HungamaPlay, EPICon, Docubay, DivoTV, Klikk, Nammaflix, Dollywood, Shorts TV on Airtel Xstream Premium.

Secondly, it offers a great experience with a single app, single subscription, single sign-in, unified content search and AI-driven personalized curation for each user. Users can access Airtel Xstream Premium across Mobiles, Tablets, Laptops through the app or web and on the TV through the Xstream set-top-box.

All of this content is available exclusively to Airtel customers at an attractive price of just Rs. 149*per month.

For the content developers, this provides an opportunity to build distribution into the emerging market with Airtel’s scale and digital distribution capabilities.

Commenting on the launch Adarsh Nair, CEO – Airtel Digital said: “Airtel Xstream Premium is a game changing innovation to democratize OTT content in India by solving the key challenges of content discovery, affordability and distribution. As a unified digital platform, it’s a win-win proposition for customers and OTT players alike as we begin an exciting journey to make digital entertainment mainstream in India.”

Airtel is targeting 20 million subscriptions through this disruptive offering and is collaborating with many more OTT players to make Airtel Xstream Premium the go to destination for digital entertainment in India.

Manish Aggarwal, Head – Growth and Monetization, SonyLIV, said: “We are thrilled to join forces with Airtel Xstream to accelerate India’s video OTT ecosystem. Our partnership with Airtel Xstream will bring premium content – from Originals, Movies, Sports and Sony India network content in all the leading languages and top shows from Hollywood to over 340M Airtel customers. SonyLIV’s rich content library coupled with Airtel Xstream’s deep distribution reach and massive scale capabilities make it for a perfect partnership for both sides and we look forward to a long and successful association”

Soumya Mukherjee, VP – Revenue and Strategy, Hoichoi, said: “Hoichoi has always been committed to making its content available to a wider audience base. Airtel, being one of the most widely used network, with a similar aim of serving people from all corners of the country, makes this partnership a truly dynamic one. This will enable Hoichoi to penetrate deeper into the Tier – II and Tier – III cities as this collaboration will provide the Airtel users with a Hoichoi subscription bundled with an attractive Airtel recharge pack.”

Ali Hussein, Chief Executive Officer, Eros Now, said: “Eros Now is a mass market consumer proposition with thousands of movies, original series, music videos, short-form content, and more in multiple languages. This symbiotic partnership with Airtel Xstream will further accelerate Eros Now’s adoption in India and allow an even larger number of video users to access our popular and engaging content. I am confident that consumers will enjoy the experience of accessing the best of entertainment and internet on a single platform.”

Unique Features and Benefits Of The BHIM UPI App