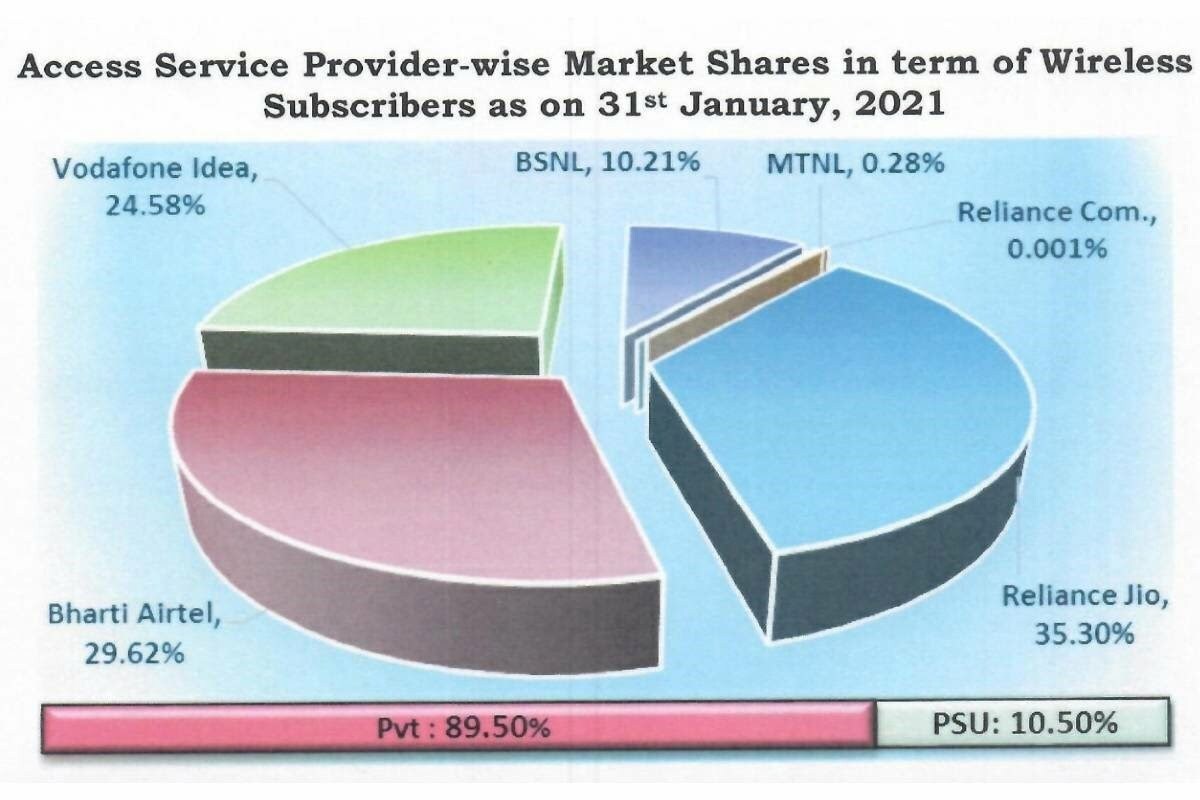 Similar to the growth in total wireless subscriber base, wireless teledensity in the country also increased to 85.53 percent at the end of January from 84.90 in December.

The data released by TRAI also shows that telecom operators received a total of 7.63 million requests for mobile number portability (MNP) in January. The highest number of MNP requests were received from Karnataka at 47 million. It was followed by Maharashtra where 44.94 million MNP requests were raised by subscribers.

In terms of broadband service providers, Jio maintained its lead at 412.98 million subscribers (including both fixed and wireless broadband, which include 4G SIM cards) in January, followed by Airtel at 184.64 million, Vi at 122.72 million, BSNL at 26.67 million, and ACT Fibernet at 1.80 million. The TRAI data specified that the top five service providers constituted 98.84 percent market share at the end of January.

No Plan Under Consideration to Bailout Pvt Telecoms Under Financial Loss: Sanjay Dhotre