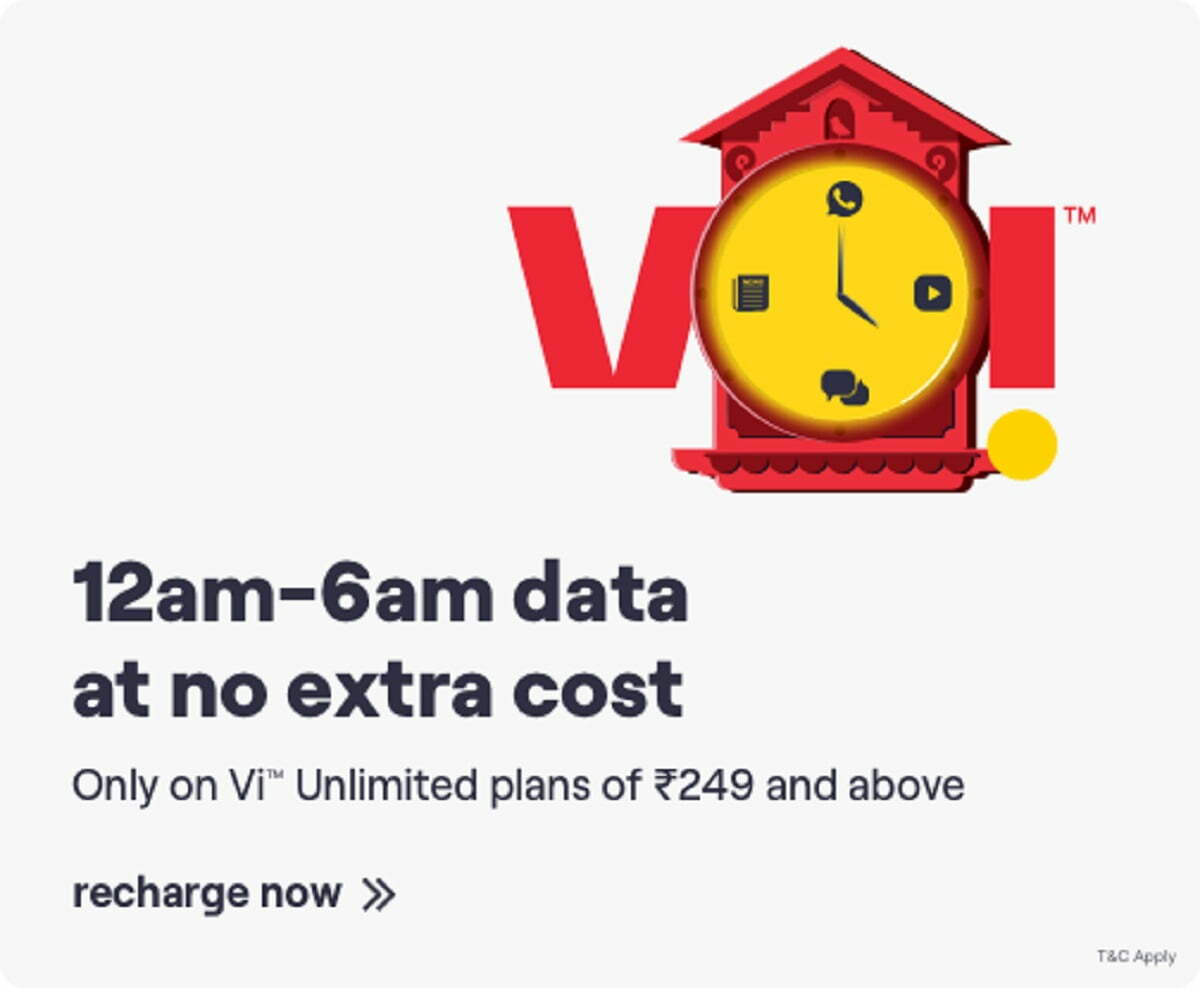 Vodafone Idea users can now avail unlimited data from 12 pm to 6 am. This facility is available on unlimited prepaid recharge of Rs 249 and above. Along with the data, users will also get several benefits.

Vi (Vodafone Idea) has introduced unlimited high-speed data at night for its prepaid users. Customers who recharge with unlimited daily data packs of Rs. 249 and above will be able to use unlimited data at high speeds between 12 am and 6 am. Vi says more data is consumed during the night with users browsing the Web as well as binging on OTT platforms. The introduction of high-speed data at night will allow Vi customers to get a lot more out of their time.

Vi Unlimited Data for Users to Start at Midnight

Talking about the new offer of Vodafone Idea, firstly let us know that only those users can take advantage of it, who will recharge on or after February 16. There is no restriction for users on using unlimited data. In this, they can enjoy OTT apps all night. That is, you will not have to face the problem of running out of data while watching movies and series on the OTT platform overnight.

The company said in its press release that ‘prepaid customers can use unlimited data comfortably. After the expiry of their daily data quota, long videos can be connected with their loved ones in the call. This initiative aims to increase network loyalty and attract new users to its network. ‘

Telecom operator Vodafone Idea has announced that prepaid users can avail unlimited data on plans of Rs 249 or more. The same users will also get the benefit of data rollover at the end of the week with their prepaid recharge. In the new offer, Vi will give its users the opportunity to take advantage of the data gathered from Monday to Friday and on Saturday and Sunday.

Notably, Vodafone Idea had announced to give 50GB additional data with its Rs 2,959. It has also clarified that the benefit of this offer will be valid only for the taped up with Vodafone mobile app. It will also receive 2GB daily data, unlimited calls and 100 SMS daily.

Samsung Galaxy A52, Galaxy A52 5G Price and Features Leaked Ahead of Launch