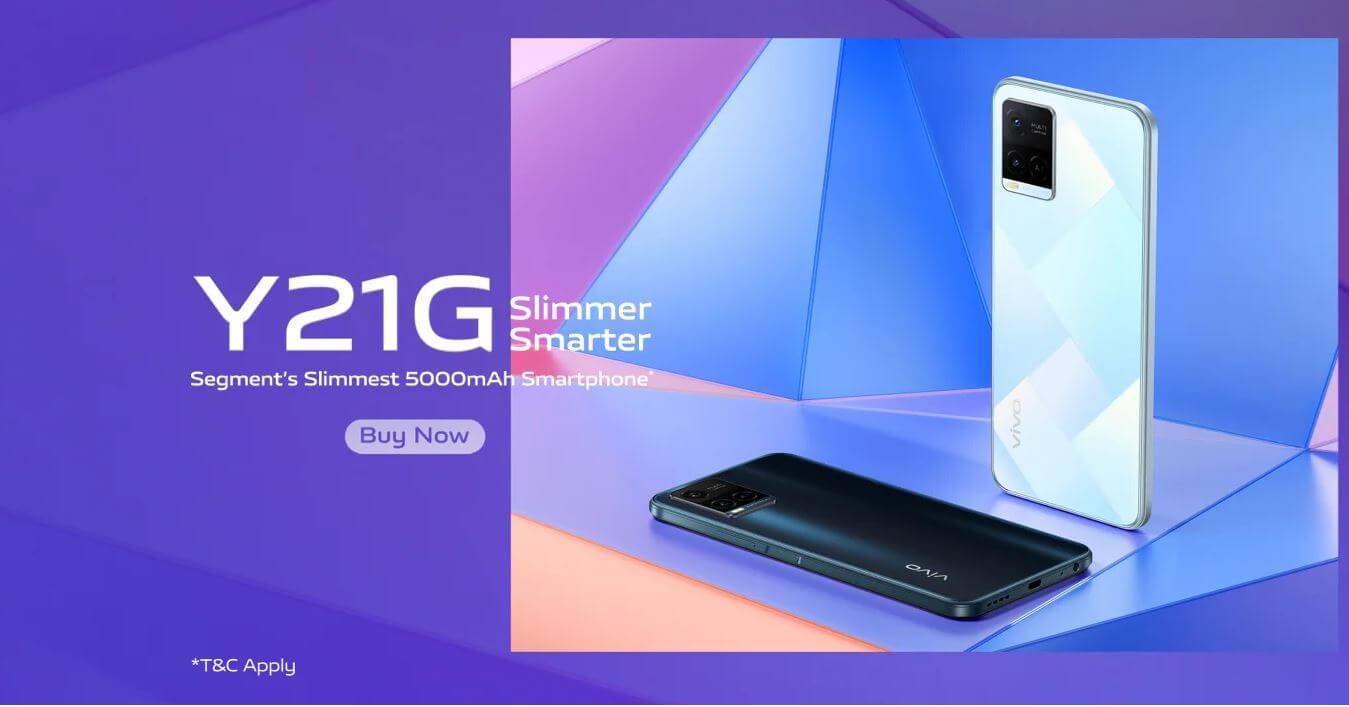 Vivo has launched its Vivo Y21G smartphone in India. This phone has been launched at a price of Rs 13990. This Y series phone has MediaTek MT6769 processor, 13MP primary camera and 5000mAh battery.

Vivo has launched its Vivo Y21G smartphone in the Indian market. This latest Y series smartphone has MediaTek MT6769 processor, LCD display and 13 megapixel primary camera. Let’s know about the price and features of this smartphone.

Mediatek’s Helio G70 chipset powers the Vivo Y21G. The Helio G70 is an octa-core CPU featuring two Cortex-A75 cores at 2.0 GHz and six Cortex-A55 units running at 1.7GHz, coupled with ARM Mali-G52 MC2 GPU. Under the hood, the chipset is paired with 4GB RAM and 64GB of internal memory, further expandable up to 1TB via a microSD card. The smartphone boasts a 5,000mAH battery with support for 18W fast charging. Further, the Y21G runs Android 12 based on FunTouchOS 12.

The price of 4GB RAM and 64GB storage variant of Vivo Y21G is Rs 13,990. This phone has been made available for sale at retail stores. This handset has been introduced in Diamond Glow and Midnight Blue color options.

Oneplus 9 5G Now Available On Discount At Amazon: Know How

I am guessing that a 13-mp camera is going to click some cool pictures plus Mediatek is surely going to enhance that.